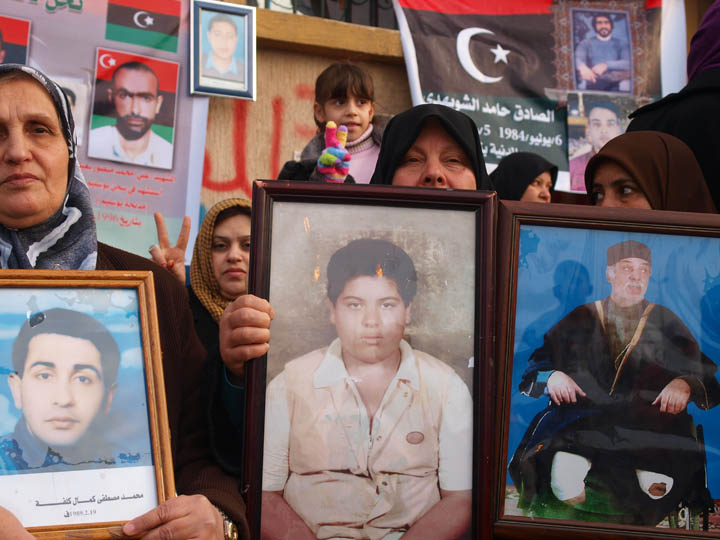 Women in Benghazi demonstrate on March 9, 2011 for information on their male relatives who never made it out of Tripoli's Abu Salim prison alive following a massacre in June 1996. ©2011 Derek Henry Flood

Thira- I have no two new articles out today. I felt compelled to write something on the ignominious death of Qaddafi in Sirte yesterday. Funnily I was actually going to do a piece on the unrest here in Greece if solely for the reason I have been stuck here longer than I planned. There was even a demonstration here on the island yesterday and rubbish is spilling out into the streets as part of the uprising. But Qaddafi was as dramatic in death as he was in life and his killing carried the day in the news cycle. I balanced it out with a very underreported story out of Pakistani Balochistan. The Shia Hazara minority have been being slaughtered by Lashkar-e-Jhangvi militants for years now but there has been a huge spike in violence in recent months and I felt the topic was worthy of more attention. The common thread between the two stories is the terrible violence that takes place in a supposedly pacifying world. Qaddafi suffered a very public, humiliating death while the Hazaras of Pakistan are lucky to have their suffering mentioned in the Pakistani media itself. 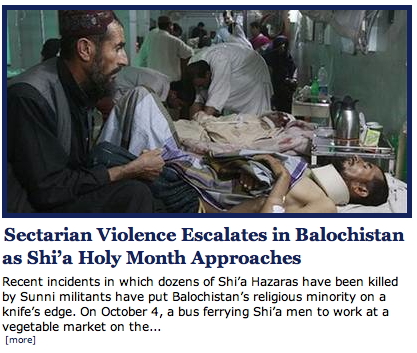 ← “Down, down, down Qaddafi!”-Qaddafi’s Last Moments
Ray in Martyr’s Square! →