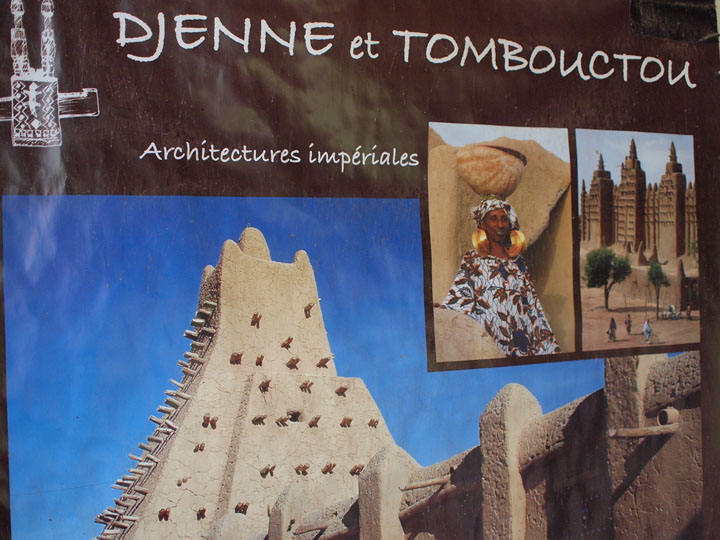 Barcelona- We awake today to more news that Ansar Eddine is bashing more Sufi Islamic sites in Timbuktu, this time the mosque of Sidi Yahia. Sanda Ould Bamana, Ansar Eddine’s ‘spokesman,’ has pledged that his Salafi-jihadi militia will smash every last historical site to bits. This will undoubtedly bring comparisons to the March 2001 demolition of the majestic Bamian buddhas in the Hazarajat region of central Afghanistan as we see in today’s Guardian. There are a couple of inevitable reactions to a crisis such as this some of which I have already seen percolating up on twitter. One is that human lives are of course intrinsically more valuable that ‘old piles of rocks’ and that in such a scenario its callous to cry out regarding the destruction of monuments when hundreds of thousands of Malians (or millions of Afghans in 2001) are living as refugees in neighboring countries.

Another one of the memes is that by UNESCO making bland statements about their historic value, that will only encourage militants to attack them further in order to gain attention/thumb their nose at the international community. This is the damned-if-you-do/damned-if-you-dont quandary. By trying to bring attention to an otherwise obscure issue, you are not only informing the world but helping to shape the militants’ agenda. To say nothing would be a travesty, but is saying something helping to accelerate militant action? The Islamists themselves may indicate that outside opinion is entirely irrelevant in terms of their priorities. In fact, it is just simply extremely difficult for outsiders to discern the minutiae in these decision making processes.

Irina Bokova, the head of UNESCO, stated “there is no justification for such a wanton destruction.” A relatively passionate sounding sentiment, sure, but this does not address the Salafi grievance of ridding Islam of impure practices. Groups like Ansar Eddine are steeped in theological justifications for acts like these. The world at large may not understand them but rigid Sunni jurisprudence revolves around justifying ideas and subsequent actions.

The last such theme that quickly comes to mind is the argument that destroying Sufi (or Shia or anything non-orthodox Sunni) monuments is a natural facet of Salafi reformist political culture which should be expected when hardline groups manage to come to power. These movements seek to rid Islamic lands of what they call shirk-the slippery slope to polytheism that Salafis and Wahabis (a Saudi religious reformist movement responsible for destroying plenty of sites from Islam’s early history in the Kingdom) fear the most. Fundamentalists feel it is their god-given duty to uphold tawhid-monotheism in its most undiluted form. Tawhid is the centerpiece of core salafi thought and many Islamist militant movements fighting in the world today believe it is their responsibility to maintain strict religious values to where no prophet, companion, or any other human form may be found alongside god. Unfortunately for many Malians, the salafis have come to their cherished Timbuktu. And they are well-armed.