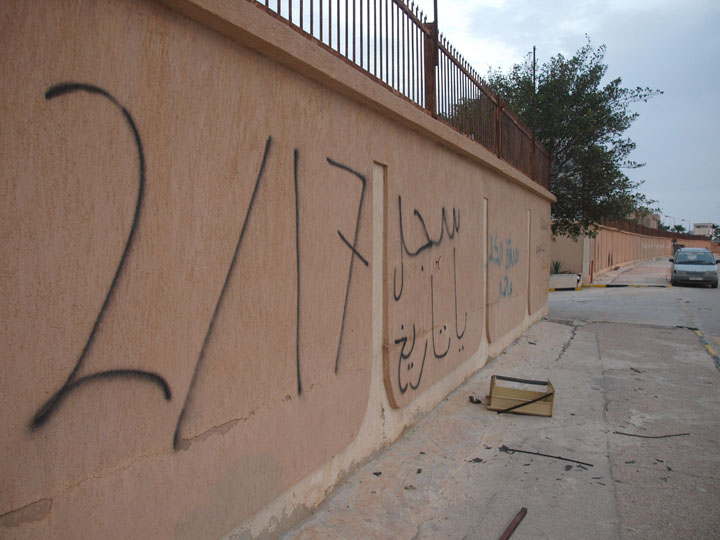 As soon as I reached Benghazi on March 1, 2011, I walked around at dusk scrambling for photos to capture the mood of the revolution. I sat at the ouster of Mubarak in Cairo because there were already to many expat journos (and apparently a number of AUC grads lingering around) and I tend to prefer to cover to more logistically difficult stories where there are fewer Westerners. But the situation in Cairo fed into that in Benghazi. By the time I arrived in Tobruk on February 28, Cyrenaica was crawling with veteran correspondents I’d seen since Afghanistan and ambitious, yet totally inexperienced “millennials” alike. ©2011 Derek Henry Flood

New York- Three years ago today a bloody revolution kicked off in earnest in Benghazi, Libya which ended the rule of Muammar Qaddafi, longest dictatorial regime in post-colonial Africa surpassing even that of Omar Bongo in Gabon who ruled that country for 41.5 years. The locals referred to the happening as the “February 17th revolution.” I’ll never forget the fortitude of the Libyan people in the face of immense, violent repression.

Here are a few selected images from that time. 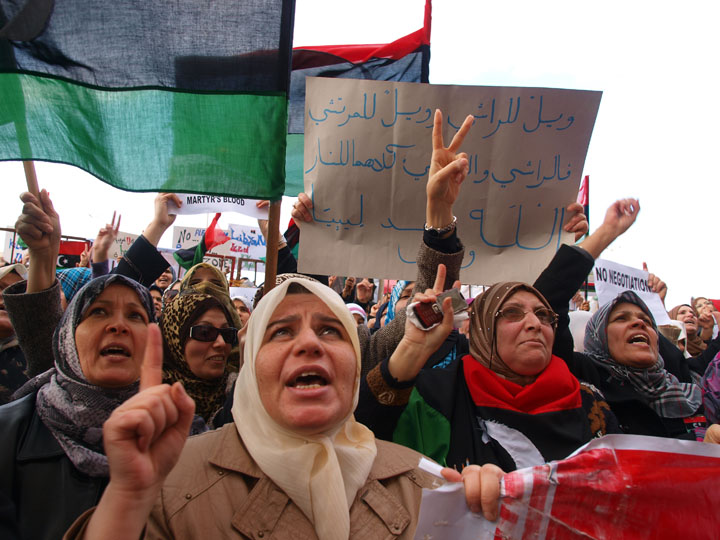 One of the near daily demonstrations outside the courthouse on the corniche in Benghazi. What interested was that much of the anger had not so much to do with the then ongoing civil war but was rooted in the 1996 Abu Salim prison massacre where families allege Qaddafi’s goons killed some 1200 inmates. ©2011 Derek Henry Flood 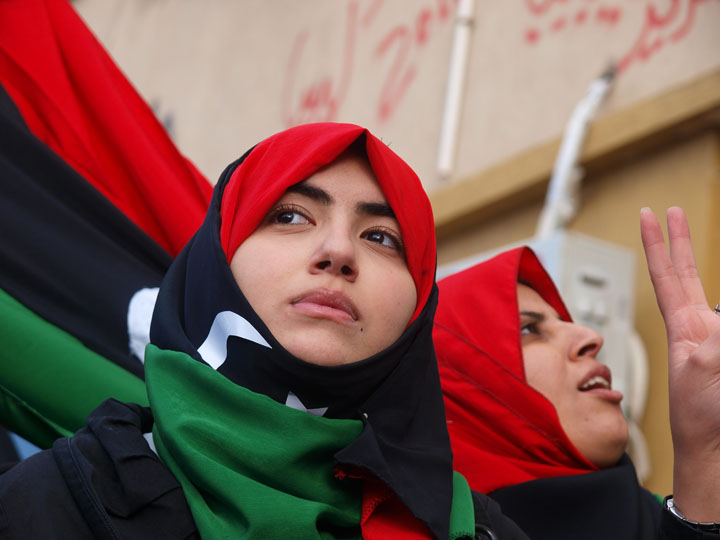 The Libyan revolution’s key symbol was the tricolor flag of King Idris as-Senussi, himself from a Cyrenaican order.  It was much more visually interesting than Qaddafi’s monochromatic green banner. ©2011 Derek Henry Flood 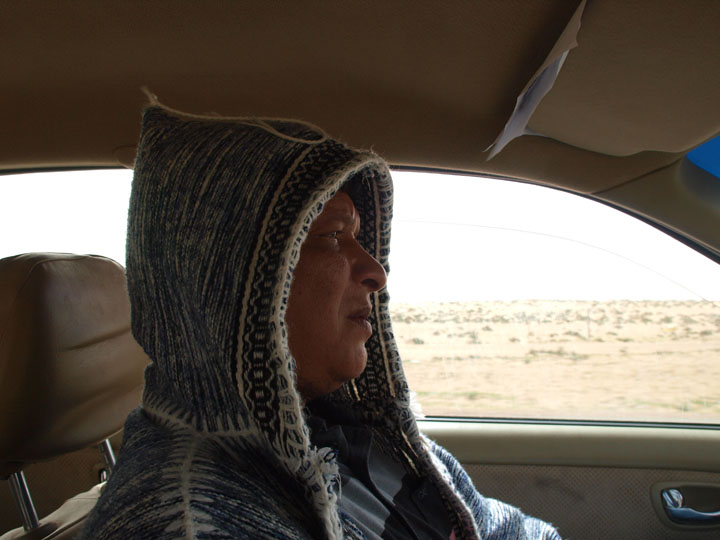 Faisal, my driver for two weeks of coverage. Us outsiders couldn’t do what we do without guys like him. He took me to the souq to get one of these awesome Tunisian hood jackets. ©2011 Derek Henry Flood 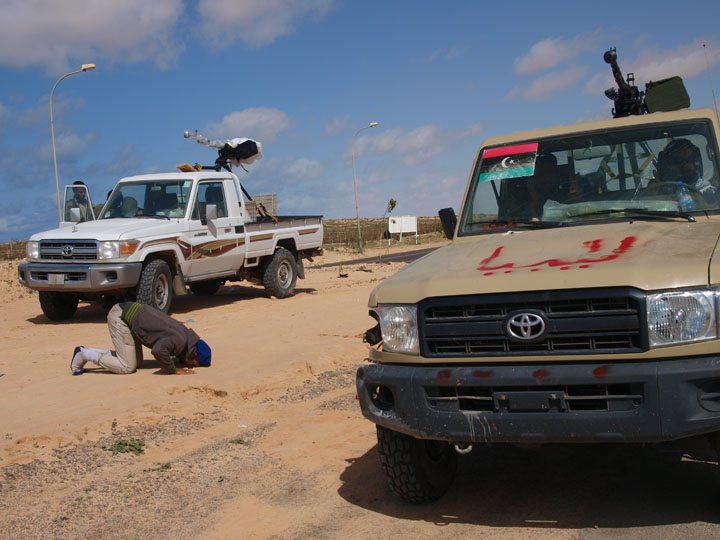 The other hallmark of the Libyan conflict was the “technical,” often a Toyota pickup truck mounted with a Soviet or other Eastern Bloc-origin heavy machine gun mounted in the flatbed. Here a fighter prays in the sand before veering off toward the front. Use of the Toyota HiLux as a tactical fighting vehicle was pioneered in the Libyan-Chadian war during the 1980s, much to Chad’s advantage. ©2011 Derek Henry Flood 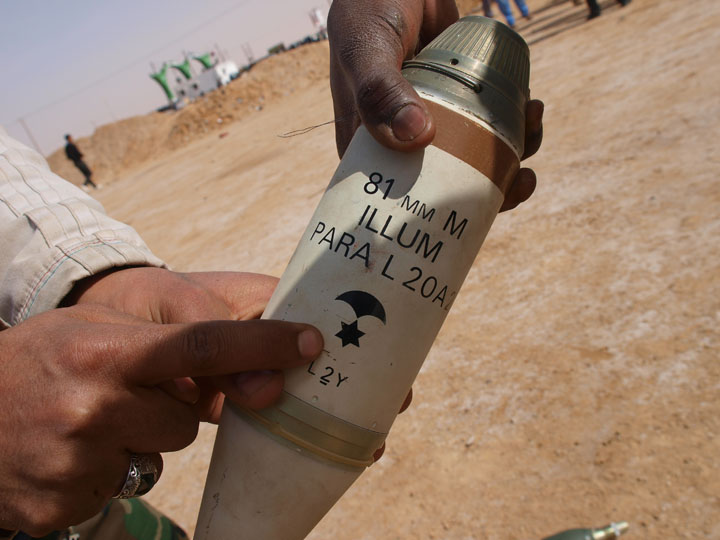 Conspiracies abounded over this 81mm mortar shell that it was a piece of (incongruous?) Israeli ordinance being supplied to Qaddafi’s forces. War zones are often rife with unfounded conspiracy theories, particularly when a closed society has just broken open. ©2011 Derek Henry Flood 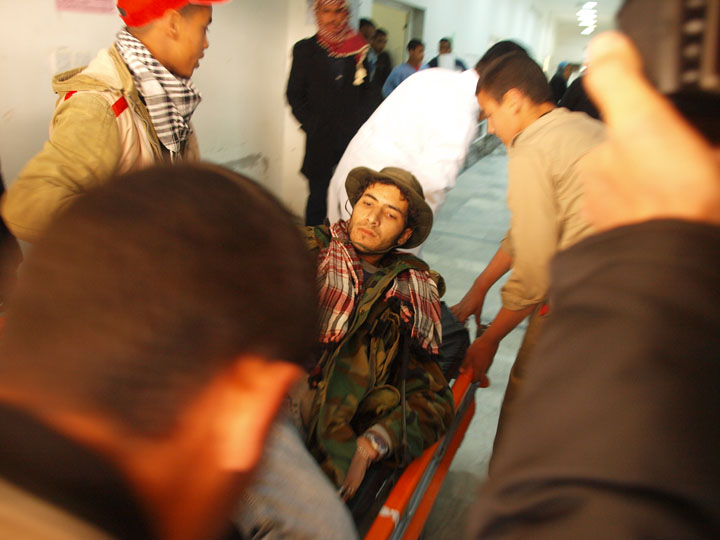 An NTC fighter rushed into the hospital in Ajdabiya as Qaddafi’s armor moved closer to Benghazi while internationalists were still hammering out the details of a military intervention from above. Tim Hetherington was next to me when I took this photo. He would be killed in Misrata five weeks later. When I tried to get to the front that day, a rebel warned me in English that they didn’t want journos there anymore at all and access was denied. Behind him, a cleric was yelling on a megaphone in Arabic that some journos were spies aiding the regime and not to trust them any longer. ©2011 Derek Henry Flood 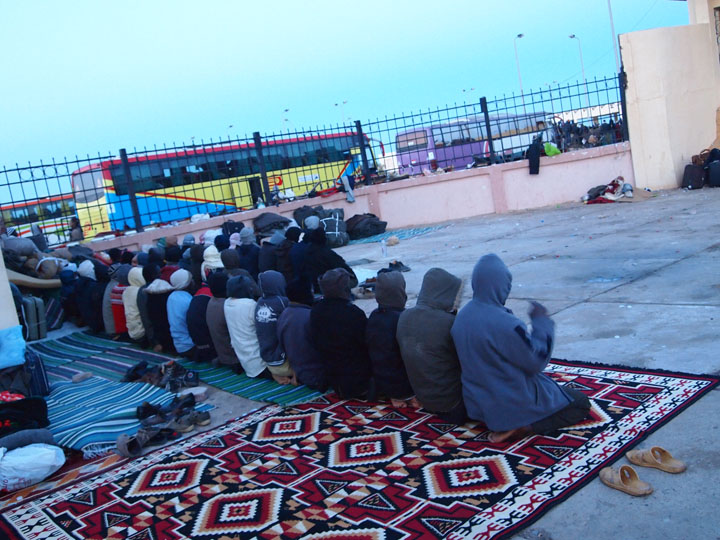 After the eerie vibe in Ajdabiya the day before, I decided to bail on Libya for a while and headed back to Alexandria. When I got to Salloum, there were Chadian men making the salat al-maghrib. Egypt, in the view of its own tumult didn’t want to let the fleeing sub-Saharan migrant workers in. They were living outdoors at the border in total limbo. When I crossed into Libya two weeks before, the border was swarmed with Bangladeshi migrants who terrible, irresponsible government said it was too broke to bring them home to South Asia ©2011 Derek Henry Flood