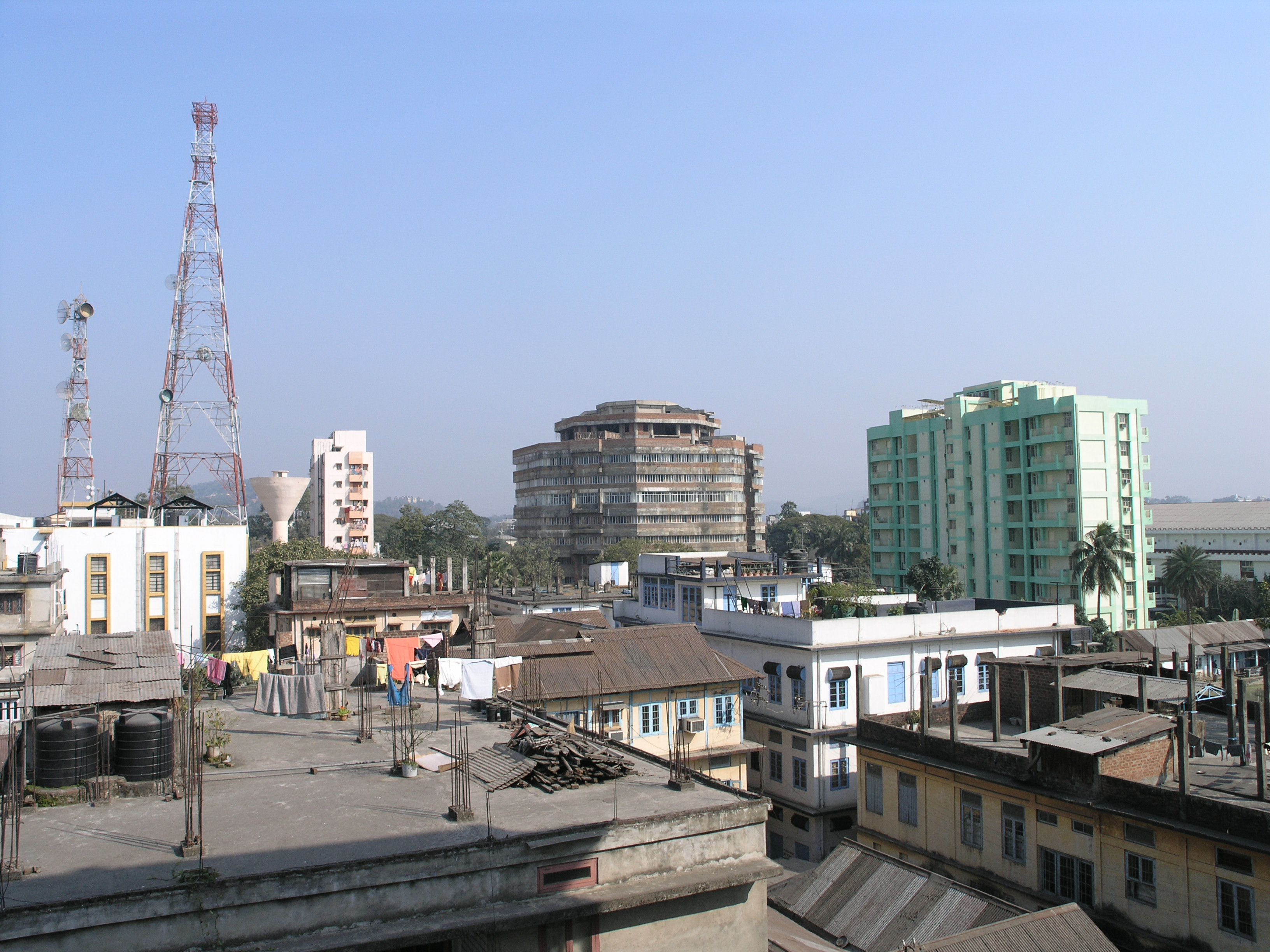 My view of Gauhati, capital of the troubled Indian state of Assam. ©2007 Derek Henry Flood

It’s the middle of winter here in NYC and I’m staying busy cleaning out my laptop and here I happened upon another unpublished story from my archives that I later used as the background for an article “Motivations and Methods of India’s United Liberation Front of Asom (ULFA)” for The Jamestown Foundation down in DC.

Gauhati- I’d come to Assam a few days ahead of India’s Republic day celebrations.  Tightly sandwiched between the Kingdom of Bhutan and Bangladesh, Assam is the bottle necked gateway to the “Seven Sisters,” the seven states that used to make up the Northeast Frontier Province during the British colonial era.  Deep in the shadows of the Iraq dominated headlines, an under rported insurgency raged there.  Delhi is rapidly beefing up its troop presence in the region in a quest to smash “the terrorists” as they are referred to in the Indian media.  The terrorists in this case are ULFA , a Maoist inspired group fighting a people’s war against the Indian state and the Hindi speaking migrant labourers and economic migrants from Bangladesh.

During 2007, ULFA was being blamed for the killings of dozens of migrants in a bid to send them packing back from whence they came. Along with some of the other ethno-linguistic based communist outfits here, they have also been employing Iraq-esque IEDs to discourage Indian units from patrolling villages considered ULFA strongholds in Upper Assam.  The crisis has taken a steep escalation since the start of the New Year with a combination of executions and randomly placed explosives in busy marketplaces. The central government in Delhi, which locally is simply referred to as “The Centre” has responded by ramping up a counterinsurgency campaign in the rural areas backed up by truckloads of paramilitary forces brought into the Northeast from all over India. 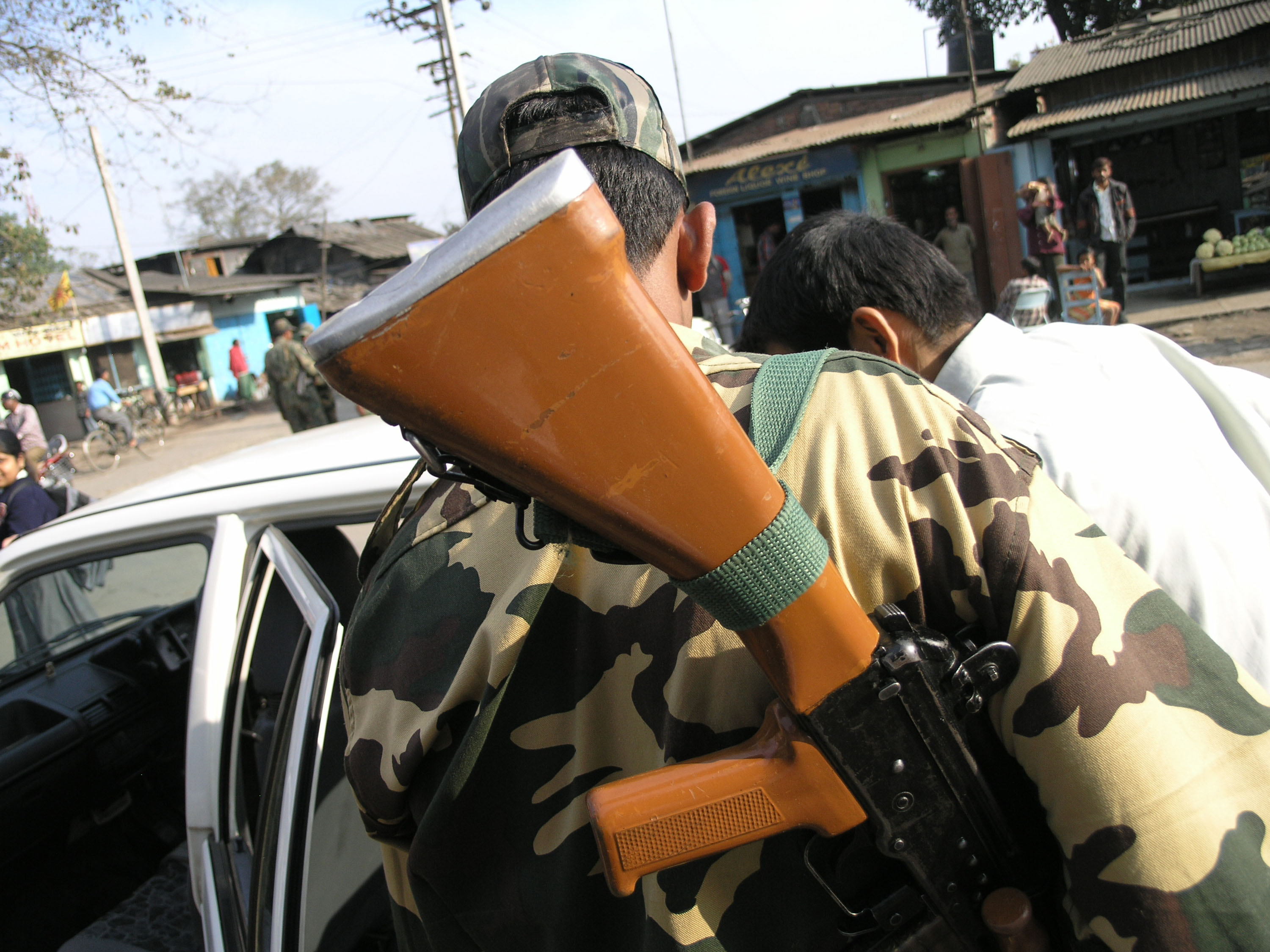 Getting our car searched for weapons in Tinsukia in upper Assam with the insurgency raging at the time. ©2007 Derek Henry Flood

All of this certainly does not bode well for the over hyped “Rise of India” too often touted by Anglo-American intelligentsia in the 2000s.  For the Centre, ULFA is just one of the issues to tackle.  There are literally dozens of Maoist and Marxist-Leninist insurgencies not only in the troubled Northeast, but also in West Bengal, Jharkand, Orissa, Bihar and so on.  In a recent attack in the newly created Jharkand state, an obscure revolutionary group managed to kill 14 Indian policeman with an IED buried in the road reminiscent more of Ramadi or Nuristan than the buzzing call centers of Bangalore that were so in vogue at the time.

2007 was the 60th year of India’s independence from the British Crown, Indian elites seems to have two primary goals: to promote foreign and domestic investment, particularly in the economic services sector, and to demonstrate it’s robustness as a state.  The latter would be the reasoning behind India’s refusal of direct government-to-government aid after the 2004 Boxing Day tsunami that smashed the coastline of Tamil Nadu.

In Assam, Indian authorities put on a show of strength far from the eyes of any media observers, international or local.  The national press here puts far more emphasis on the latest cricket crisis or the Bollywood scandal de jour than it does for the casualties taken by its own troops fighting homegrown leftist militants in the bush. The total lack of media there was almost bizarre as if there was a veritable information blackout. But then India is a vast country with a multitude of issues occurring with vexing simultaneity. The Assamese conflict garnered a short fit of attention when the country’s then bespectacled Sikh Prime Minister Manmohan Singh trekked out to Assam for a photo op with families of the dead migrants.

Walking around Gauhati at night was desolate. All the shops were shuttered and only the odd food stall remains open. Many of the migrants had fled back to their villages and cities in the state of Bihar.  I went searching, foolishly I suppose, for an internet café that would still be open to post this story at the time. I met a local man named Amitsabh who told me there would be nothing open except for a darkened pub where he and his friends where taking some Fosters and cheap whiskey.  He invited me to join them when I told him I was looking for a decent place for dinner.

Inside the pub was black as the night sky with a constellation of dimly lit Beatles posters for minimal décor. I plunked down in a booth with a group of Amitabhs friends for food, drink, and to get their take on the conflict here.  The troubles here, they said, stemmed from land rights and linguistic chauvinism, but were primarily based on the fundamental economic inequalities of the state and the curse of oil.  Many of the Assamese, they told me, resented the Centre’s exploitation of their resources while the local population saw virtually nothing in return.  To then invite outsiders to work and benefit from this exploitation is to add insult to injury.  After over three post-independence decades of this cycle, some in the Assamese community were angry enough to take up an armed struggle against the Centre beginning in 1979.

I wanted to get more into their impressions of ULFAs motivations and more of the actual specifics of the fighting.  “These are sensitive topics” one them warned me.  “As they say, in a place like Assam, the walls have ears.”

“Let us go out of here”.  We paid our tab and got into a Suzuki the size of a suitcase, whizzing around the empty streets with the stereo blasting Punjabi Bhangra Beat music.  “We need to be careful of police checkpoints” one said to the driver.  “What do I care, I am not militant. I have nothing to hide!” And we sped off into the night. 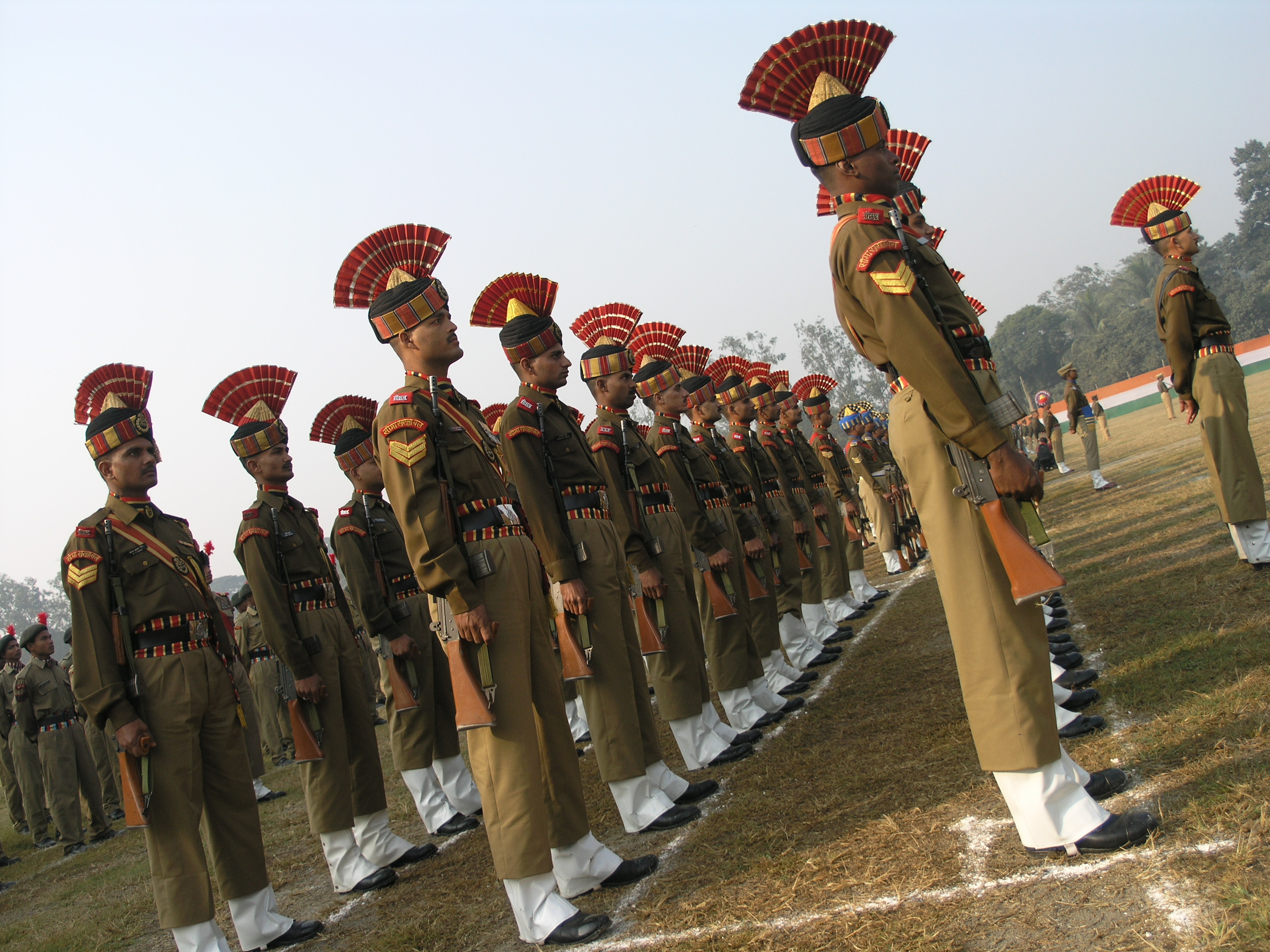