An elderly Uzbek man votes at Mikhail Frunze school #24 in Sunday's referendum on the future of the interim government in Kyrgyzstan. ©2010 Derek Henry Flood

Osh- I have a new piece in today’s edition of Asia Times titled “Kyrgyzstan Votes “Yes” Amid Death, Fear” on Sunday’s quietly successful referedum vote here in southern Kyrgyzstan’s deadly ethnic jigsaw puzzle here in the Ferghana valley.  Secuirty was heavy here in the country’s troubled, second largest city and there were no incidents that I know of but that may be because people here are exhausted more than anything. 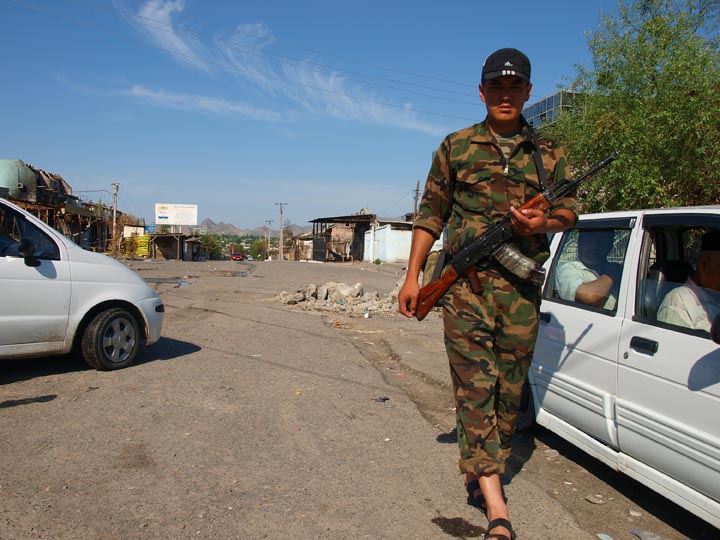 ← Into Southern Kyrgyzstan
Kyrgyzstan: From “Ethnic Clashes” to Ethnic Cleansing??? →