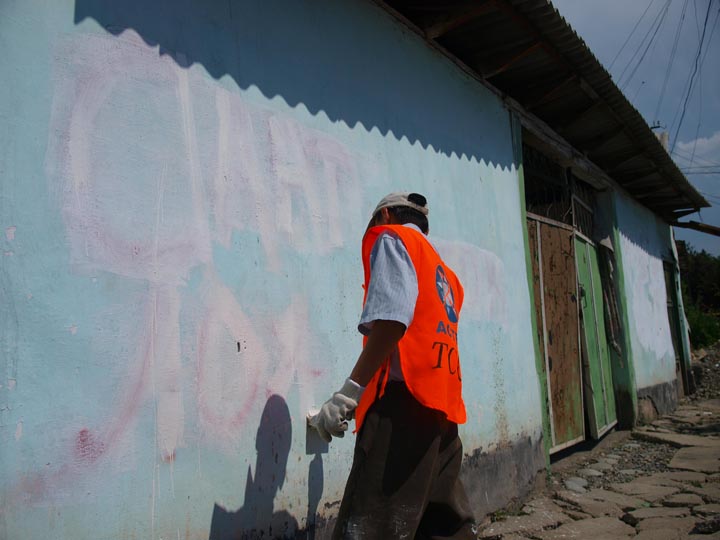 A Kyrgyz youth hired by French NGO ACTED white washing anti-Uzbek graffiti as UNHCR head Antonio Guterres is about to tough down at Osh airport. Within seconds of taking this photo I was detained by a Kyrgyz militiaman for doing journalism without accreditation and ejected from the Kyrgyz Republic. ©2010 Derek Henry Flood

Abu Dhabi- Yesterday, I appeared on Voice of America’s Russian language news service talking about my experiences and observations in southern Kyrgyzstan before and after the June 27 referendum on the country’s future. I was interviewed by my Jamestown colleague Erica Marat who works for VoA to comment on a Human Rights Watch report released yesterday entitled, “Kyrgyzstan: Torture, Detentions Escalate Tensions.” Here is the link to the VoA article (in Russian), “Kyrgyz law enforcement agencies involved in the torture of ethnic Uzbeks” and here in English using Google’s imperfect translate.