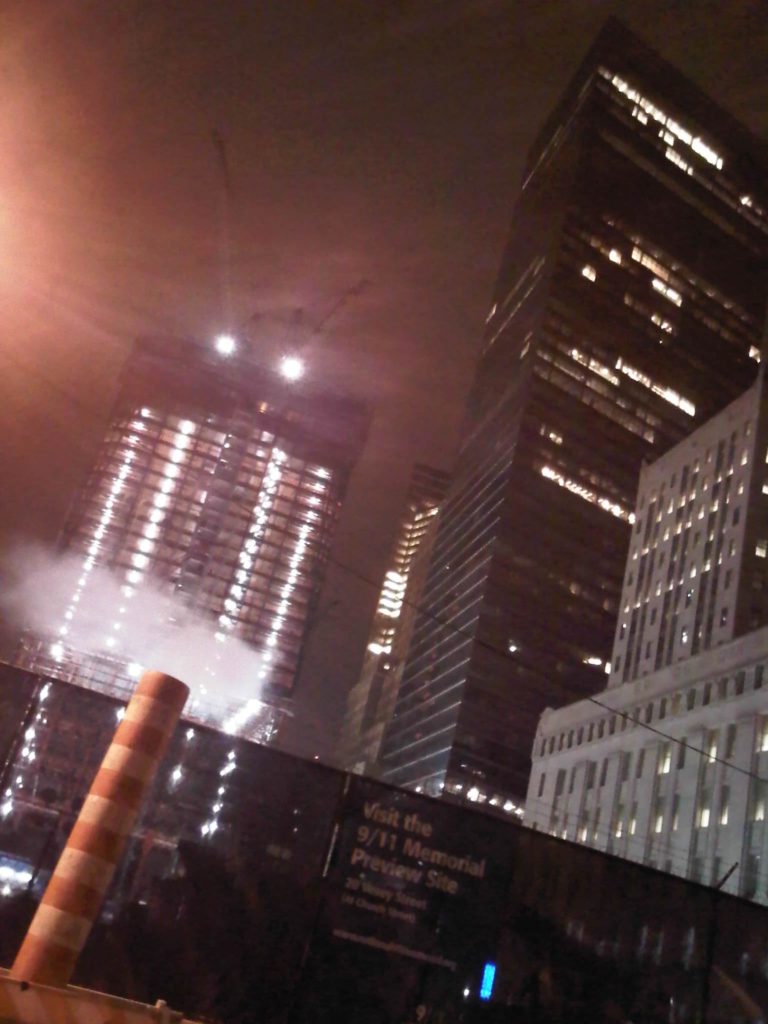 New York- The new tower in what was referred to as “the pit” for so many years in lower Manhattan is steadily rising above the construction fence that surrounds it. I’m still standing by my assessment that the entire complex will not be completed by the close of what what will be mega multi billionaire businessman cum politico Michael Rubens Bloomberg’s twelve years of rule over the city. While the city sleeps (or at least the financial district’s portion of it), One World Trade Center ascends toward the infinite or at least taller than Chicago’s Willis Tower (formerly the Sears Tower) which surpassed the original twin towers as the world’s tallest building in 1974 after their very brief reign as the world’s tallest in 1972-1973.