Alexandria-Had a very long day getting to Alexandria yesterday. Flying from Queens to Cairo on no sleep wasn’t so hot but then getting in a cramped microbus from Cairo to Alexandria did it. Then walking and haggling with taxis all over Alex to look for a hotel. So goes a day in my life of backpack journalism/middle eastern tramping. Heading to Sallum in the morning-the last town 12 kms before the border- and then crossing the Libyan border into parts unknown (in that Libya will be a new country for me). Judging by the combination of the Egypt and Libya Lonely Planets, it looks like it will be at least 10 hours to Tobruk, the famous site of the WWII battle between the Australian troops and Rommel’s Afrika Korps in the context of Germany’s North Africa campaign in 1941. I suspect that by the time I reach a hotel in Tobruk there won’t be a single journalist left because they’ve long since moved onto Benghazi and apparently some have made it into Tripoli. 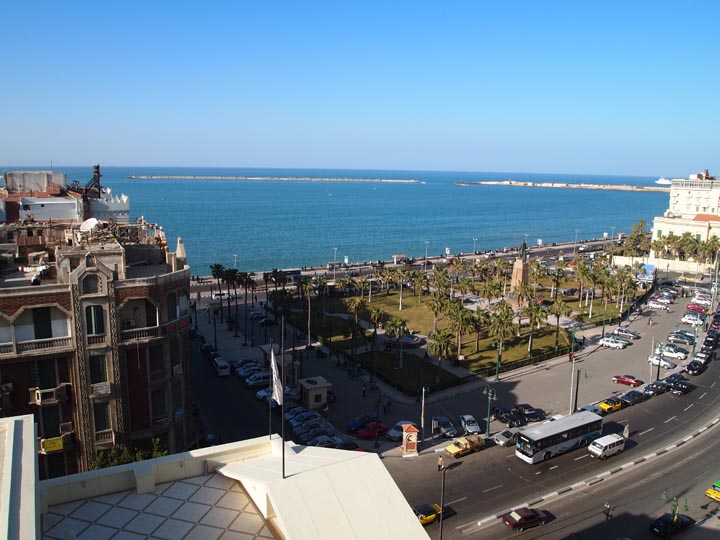 ← To Shores of Benghazi
Into Libya’s Revolutionary Zone →