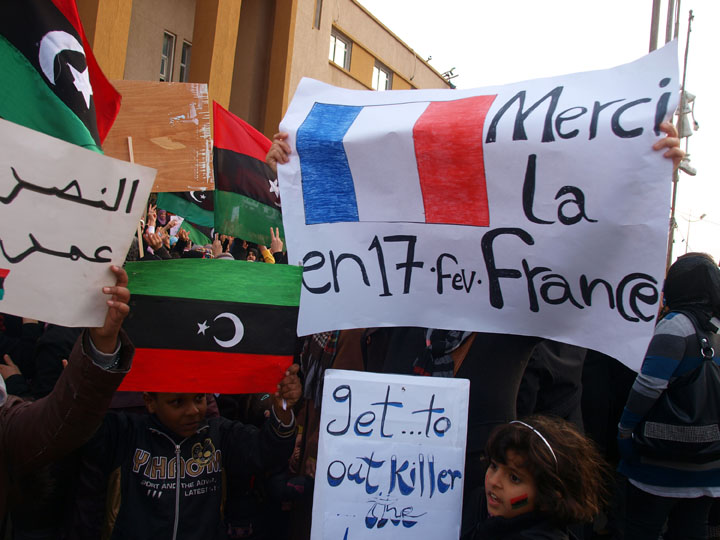 Benghazi- Well the Sarkozy government is the first to recognize the rebels and the Q man is none to happy about it. Britain is waffling and Hil is going to meet them either in France or one of the neighboring post-revolutionary countries. While rebel leadership council is trying to coalesce their is still a total dearth of law and order here in Benghazi and, I hear Tobruk, at least as far as the safety of foreign journos is concerned. I’m sure it’s much worse for the loc’s. Journos are either getting robbed left, right, and center or the same six or seven robbery stories keep going around, Last night we actually had a few rebel soldiers guarding the front of the hotel. I managed to actually get a sound sleep and feel sane today. Q’s crew are not messing about in Ras Lanuf. The rebels managed to get a Grad truck down there but I’m wondering if that’s what actually hit the oil depot. No one seems to know but the guy’s photos next to me look like 1991 Kuwait. This revolution quickly turned into a nasty little war while the West keeps spinning its wheels. Maybe back there it seems like the bureaucracy is kicking into full gear but from the Libyan standpoint it’s slow as molasses. 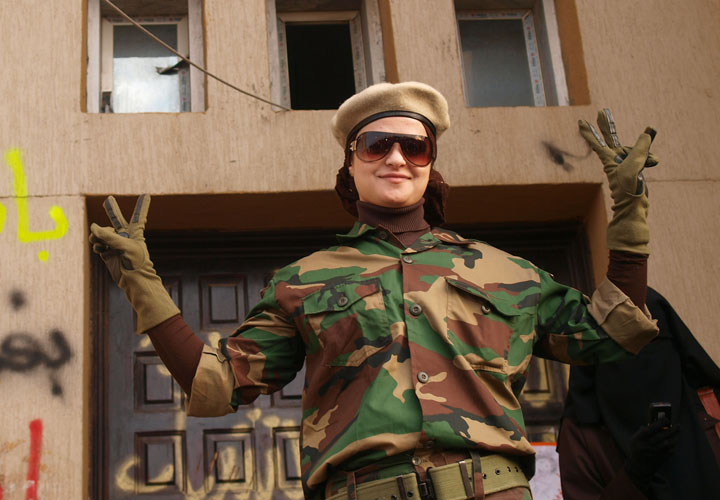 She is no joke. Down, down, down Qaddafi! Note the Italian influence in the shades here. ©2011 Derek Henry Flood