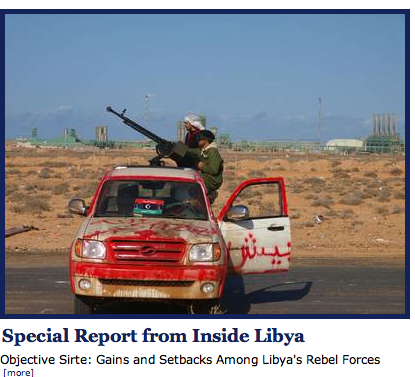 Benghazi- Thousands demonstrating in front of the courthouse on the corniche here today calling for an immediate no-fly zone while the Western powers continue to debate and Libyans live in fear of a demented despot. A speaker on a megaphone called to the crowd to denounce al-Qaeda and bin Ladenism and he got a resounding reply as denizens shouted down any notion of extremism, continuing to call for Q’s overthrow and the liberation of the entire country. The rebellion is having some serious setbacks today as Q’s forces moved in to try and choke the western town of Zawiya on the road to the Tunisian border that has been held by the rebels since the beginning and today on Al Jazeera they showed huge plumes of smoke coming from what I believe to be the Sirte oil Company’s Ras Lanuf terminal which I visited on Monday. Q and the gang in Tripoli and Sirte definitely are trying to make a huge push and turn the once momentous rebel tide. Aside from that, a grenade was hurled near the Uzu hotel were a lot of the more corpo journos are staying and after I left the media center to go back to my hotel last night, all the journos there were freaked out and sitting in the mezzanine with the lights off because there had been a very loud explosion outside and people are getting paranoid that this could be the start of deliberate attempt to scare westerners and egyptian and other journos out of Benghazi. Needless to say I lost a bit of sleep over it but whatever. Going to head back to Egypt soon I think. Will the no-fly zone come in to play? Maybe after enough Libyans have died. 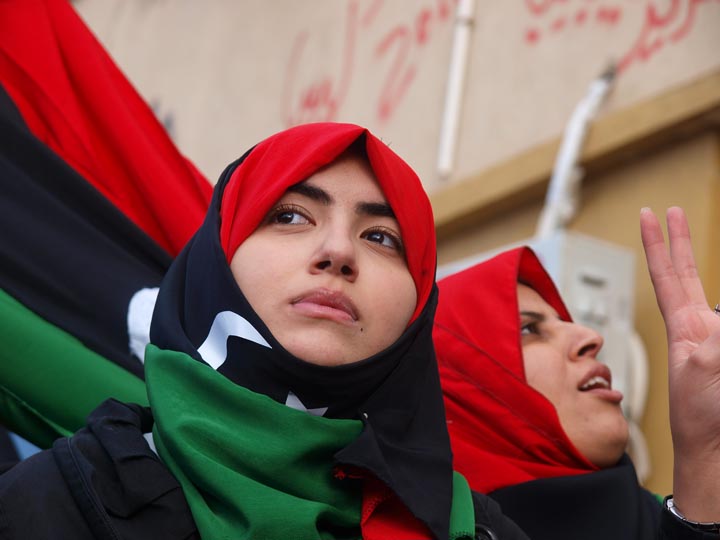 Thousands of protestors gather in downtown Benghazi to shout at the rest of the world for its indecision and indifference. ©2011 Derek Henry Flood