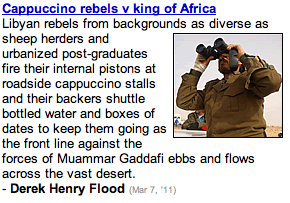 Ras Lanuf- Went down to Ras today with a veteran USA Today correspondent from D.C. The whole new generation bang bang club was there. Someone who I thought was my friend had a bizarre, irrational meltdown on me. It’s nice to get the cold shoulder in such a high stress situation. Ahh the smell of war. All that noise aside, Q’s crew called in an airstrike, albeit a sloppily targeted one thank god, on the area where we were which was outside of Ras Lanuf’s oil refinery.  The rebels were trying to create a display of their control over the oil facility for the media but that dissipated pretty quickly once a fighter jet blasted over head.. Jim, the USA T guy and I slammed into the side of dirt berm on the side of the road while walking back toward the car when a rocket drilled into the ground. Thank goodness the pilot had terrible aim or a lot of people would have been toast. The war is already dragging on longer than expected and as Jim said, “The petals are starting to fall off the rose” with regard to Libya’s violent revolt. I’m tempted to head back to Egypt for a bit, which to qualify how much this whole region is in turmoil, is chill and relaxed compared to here. Total hecticness in Libya. This thing looks like it’s going to drag on for a while and may have the opposite effect of the other relatively peaceful revolutions to the east and west. People may now think twice about launching another Facebook uprising once the price being paid here sinks in elsewhere. 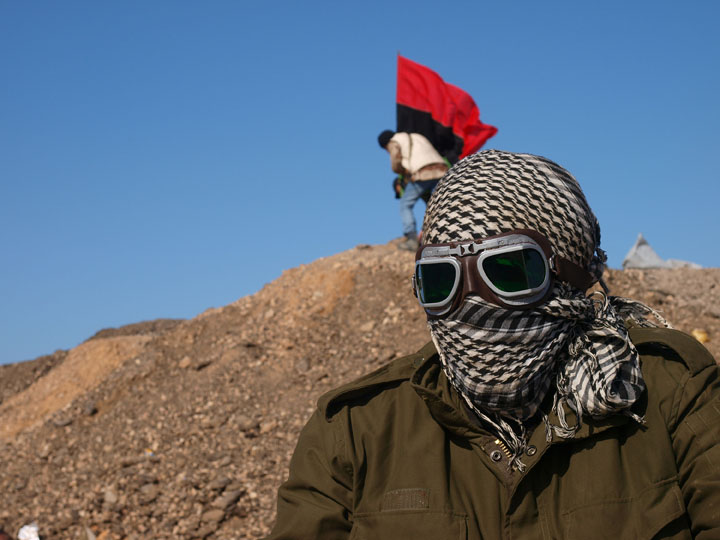 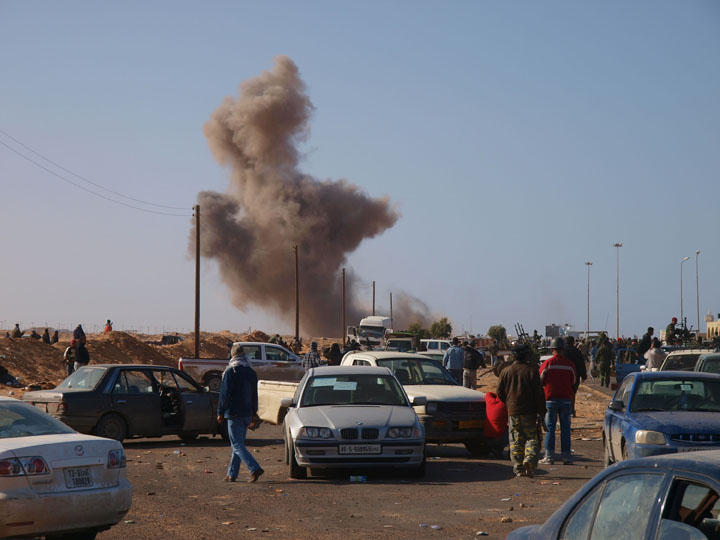 An airstrike slammed into where we were today. Not trying to be brave, I went sprinting for cover. Thanks a lot Qaddafi. ©2011 Derek Henry Flood

← New Libya Articles
To Fly or Not to Fly →