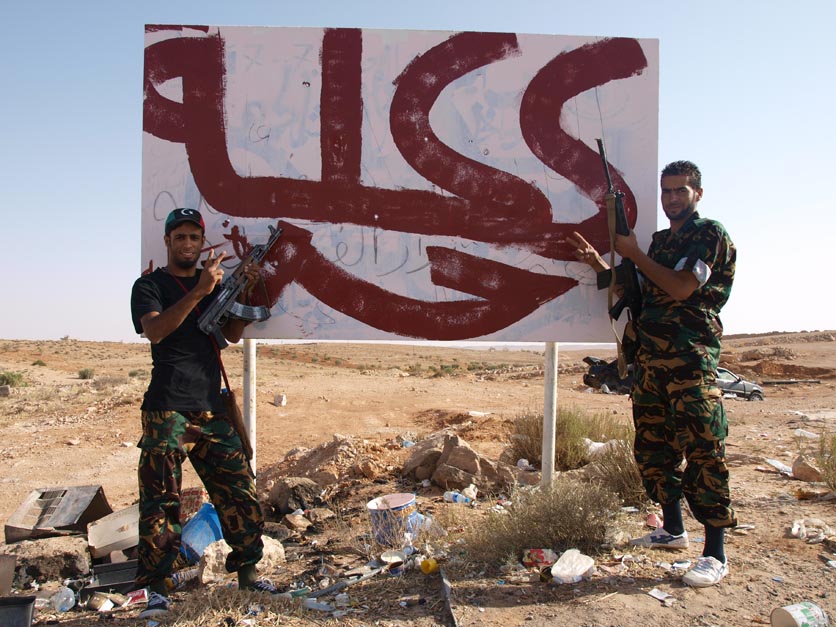 Rebels posing in front of a sign that reads "Free Kikla" (another nearby town that is under rebel control). Thanks for the wrong/out dated info guys! ©2011 Derek Henry Flood 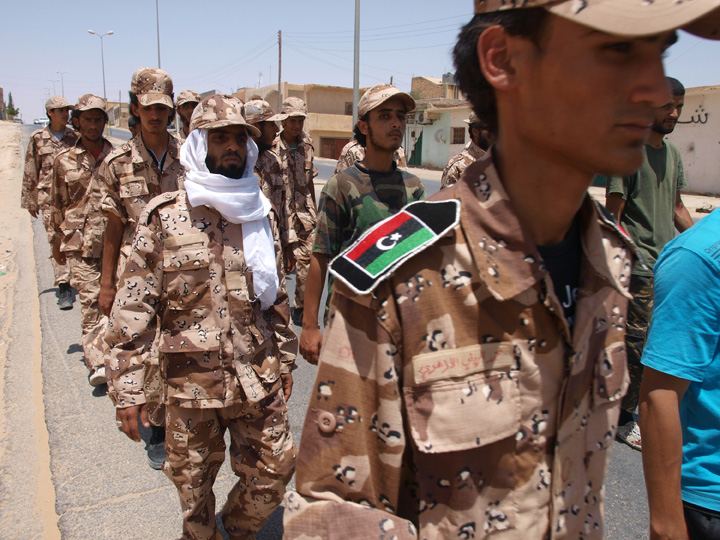 Rebel army recruits drill in downtown Zintan. The war in western Libya risks a stalemate as rebels frustration with lack of NATO action in the region grows. ©2011 Derek Henry Flood

Qwaleesh- Spent a strange, somewhat hostile day in Zintan yesterday trying for hours to get this permission paper that you now need as a journo in order to go forward through the main checkpoint to the front. Finally got the damn paper and it turned out to almost be a death sentence. Got some disastrously bad intel from the shabaab checkpoint outside of town and got caught in a hail of high velocity sniper rounds that, cliché as it sounds, came out of nowhere. I crammed all 6’3″ of myself onto the floor of the Toyota Hilux and Adal, this really nice Naluti driver who had been living in Manchester until the revolution/war started floored it and we got the hell out there, horn blaring through said shabaab checkpoint. We blasted down the road all the way to Jadu where we managed to get some drinks and biscuits. If that was not enough we had to run the Grad gauntlet back to Nalut after dark when the volleys of poorly aimed Russian artillery start every night. 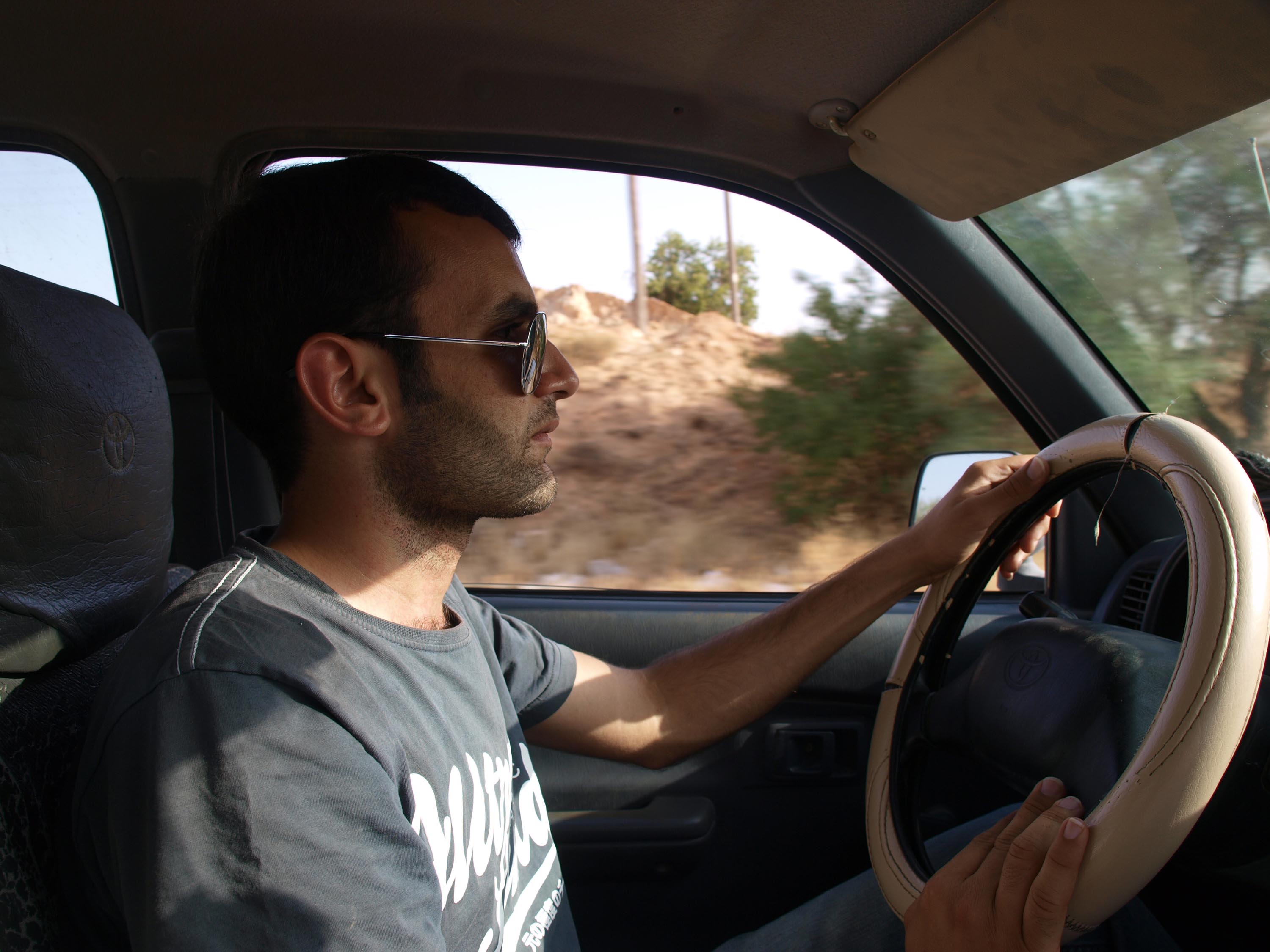 This is Adal. If you come to Nalut, hire this guy! He's the best. Nerves of steel he has. ©2011 Derek Henry Flood 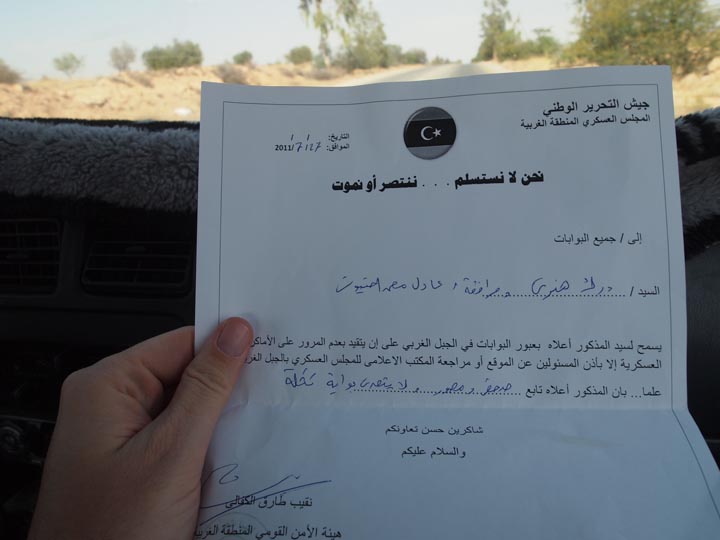 This ain't your junior high's hall pass! You need this in order to get out of Zintan and into sniper alley. And it takes hours to get it. ©2011 Derek Henry Flood