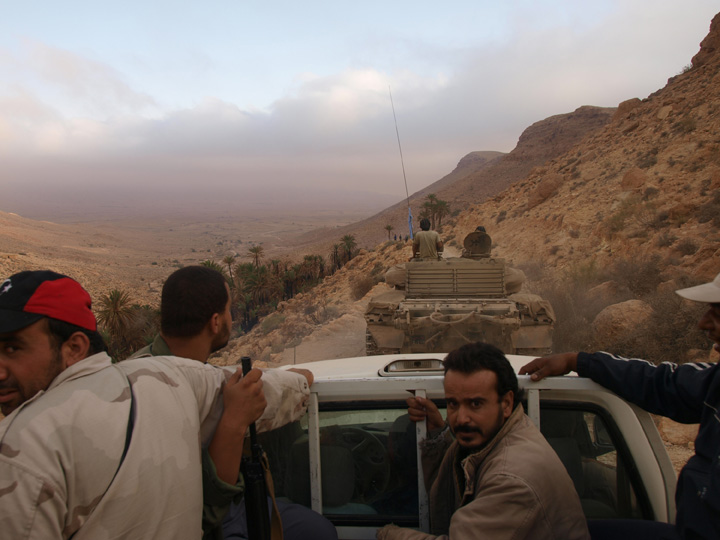 Libya's western rebels launch a full-scale offensive against Qaddafist troops in coordination with long-awaited NATO air strikes in Libya's Jebel Nafusa mountain range along the Tunisian border. The rebels 'liberated' several key towns in the plains below their mountain stronghold which had been the base for weeks of menacing artillery from Qaddafists on civilian areas under rebel control. Here a Soviet era T-60 tank goes on the offensive. I wished I'd had time to eat breakfast. Serious go time! ©2011 Derek Henry Flood

Nalut/Djerba- Well yesterday’s long promised rebel/NATO offensive against the nearby Qaddafists finally got underway and it was hell upon earth. The morning started out in a deadly quiet, still fog that obscured the Q controlled towns down on the plains below Nalut. Within hours it was like a baking hot Stalingrad. I have never heard nor encountered so much artillery in nearly a decade of war coverage. My driver and I visited a martyr’s graveyard in the middle of it all as I needed to make a diverse array of images for an upcoming photo essay when WHAM!!!, Grads starting falling in Nalut’s deserted center. I’ll have to save some of the juicier stuff for articles but what I can say is that I have experienced something like this since Takhar and Kunduz (remember the ‘Daisy Cutters’?) in November 2001. At one point we literally fled the town as rockets rained down, though plenty of aged Amazigh men seemed unfazed as they crouched in the shade, playing the odds, with nowhere to really go and the rest of their families in Tunisian refuge.  We in the Nafusa had no clue about the death of Abdel Fattah Younes…and perhaps that was a good thing. 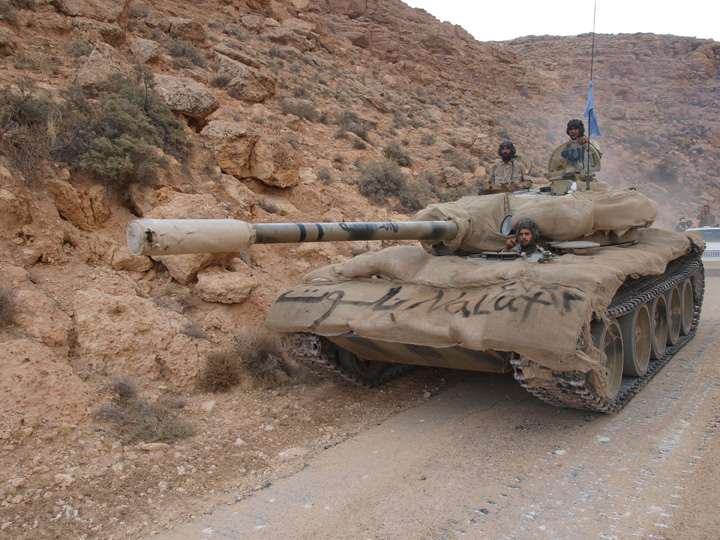 This tank is old enough to be a museum piece...if only it were in better condition. Love the smell of diesel in the morning. ©2011 Derek Henry Flood 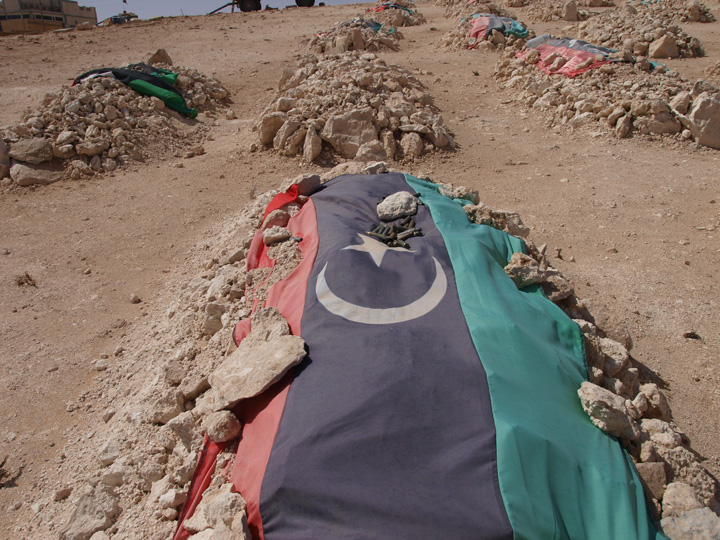 Here sits a rebel graveyard for those killed in recent fighting. Even in death there was no peace for these souls as rockets rained down on Nalut. ©2011 Derek Henry Flood 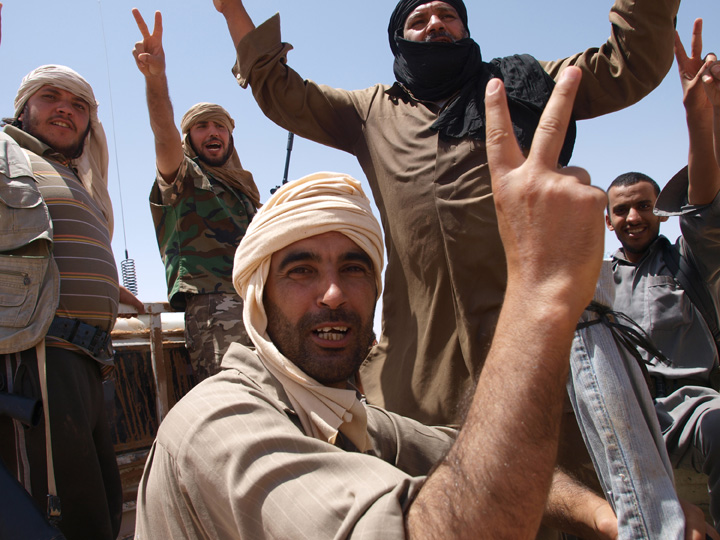 A group of Arab rebels from the town of Zintan prepares to join the fight. Takbir! they yelled. ©2011 Derek Henry Flood 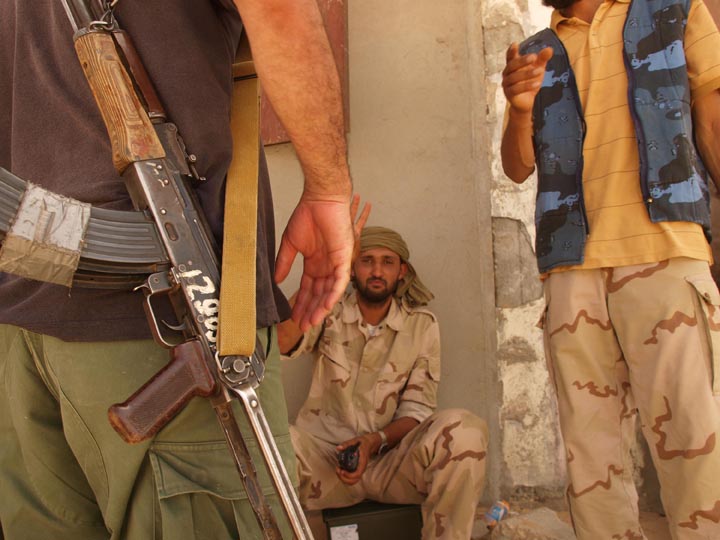 "Yep, that's right. We took Takut!" Rebels relax in the shade after taking a Qaddafist controlled town (with a little help from their NATO friends if you can dig it). ©2011 Derek Henry Flood