Djerba- Took a break from some seriousness and hired a taxi for the afternoon to find the island’s three Star Wars film locales from the shoot back in 1976. I started out on the island’s west coast road heading south from Houmet Souk, the main town. On the seaside, I found a mosque complex called Sidi Jibour that was being cleaned up and whitewashed by local men as I arrived. It is briefly used as a far away exterior for Mos Eisely spaceport in A New Hope but super fans will not it better at the setting for the deleted scene at Toshi/Tosche Station (which can be seen on 0:15 in this Youtube video) where young Luke meets the pilot Biggs Darklighter-which should be included in the long awaited, upcoming Blu Ray complete saga release in September. 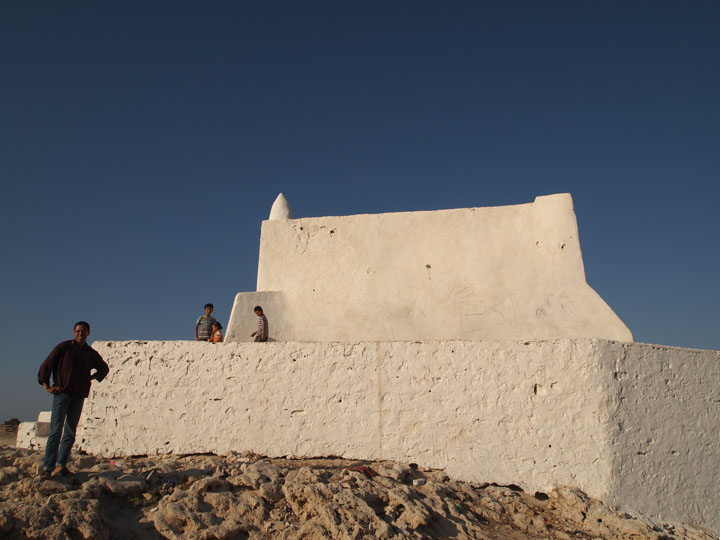 Next up, a bit further down the Djerban coast was a tiny little structure know on Star Wars fan sites at Ben’s Hermitage (Obi Wan Kenobi’s house). It is in the movie very briefly as a Landspeeder zooms up out front. People here seem to have no notion of what Star Wars is or was. When I arrived at this locale, a group of hijab-clad women were having a pre-ramadan picnic on the front stoop when I come bounding out of the taxi talking about the importance of the place to Star Wars fans. When I finishing taking my pics, which they were sure to step out of, one of them called out to me, “good luck with your movie!” I shouted a ramadan mubarak back and hopped back in the cab. 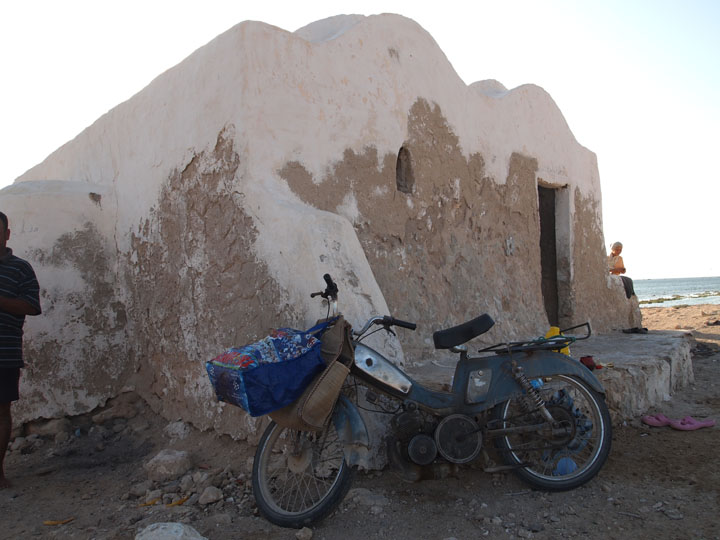 Not exactly a Landspeeder out front, but nonetheless it's probably been there since 1976. ©2011 Derek Henry Flood

Following the 2nd discovery, it was further down toward the port of Ajim to scour for the exterior of the infamous Mos Eisley Cantina where Luke and Ben rendezvous with Han. Of course I left the hotel forgetting the memorize the French language title (it’s La guerre des étoiles) and the driver and I were asking all sorts of people, men mostly, where the place was. Of course it didn’t help that halfway through the trip I realized the driver didn’t seem to have actually seen the film himself so his frame of reference was nil. He was getting tired of our little goose chase when I insisted we keep driving around a few back streets near the center of Ajim and voila! I saw what I was sure was it and jumped out asking a local man seated across the street if this was the place and sure enough, it was. It can be seen at 2:07 in this Youtube video. 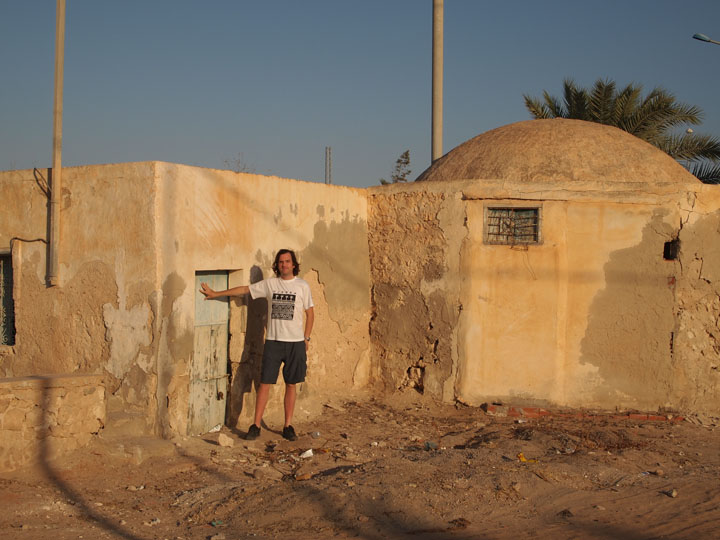