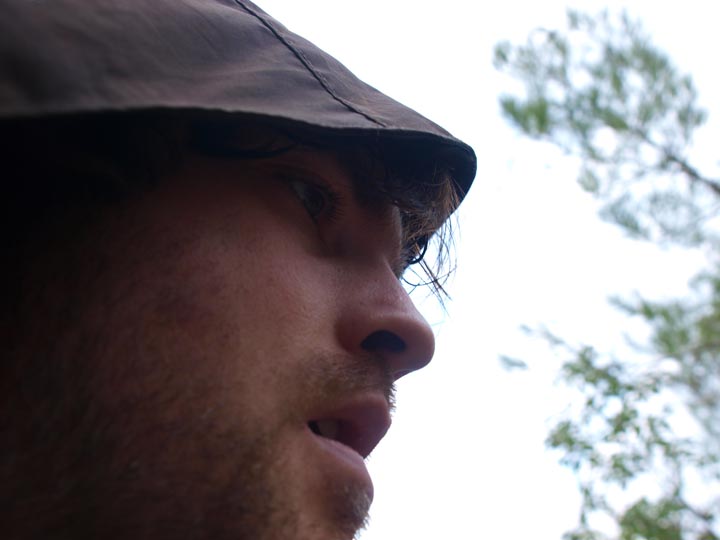 Man vs War. I was so ill prepared for this trek. ©2012 Derek Henry Flood

Antakya- I have a new article out in today’s edition of Asia Times Online on my journey into rebel-held northern Syria. In over a decade of jihads, war zones and civil unrest, I think this was the most difficult thing I have ever accomplished in terms of logistics. My entire body is shot and at one point repelling down a muddy mountainside I slipped into a coil of concertina wire that my amazing fixer and smuggler had to rescue me from. Then while attempting to sprint through an Assadist free fire zone, I got trapped in mud so thick it might as well have been quicksand. On the way back I had to trek through pitch black forest that we lit with cell phones to try and find our way. For some reason we hiked back to Turkey a different way than we came in which was totally disorienting. We linked arms and forded a very fast moving icy river that was nearly waist deep lit by the moon while screaming “takbir” and the corresponding “allahu akbar” to steel our resolve. 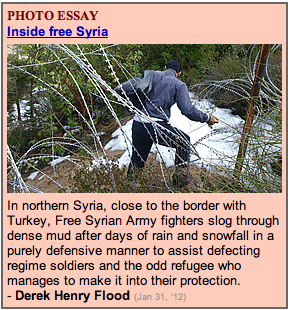 At that point my mind went into a trance-like state bent on pure survival. Then when I got back to the comfort of my hotel room in Antakya and collapsed on my bed, I stared at the ceiling and thought that I did this for one day and the rebels of Free Syrian Army live this way everyday. Hard to contemplate. I’ll be going back to the West in a couple of days (where I will be speaking at the Interallied Confederation of Reserve Officers Winter Seminar outside Köln) and there is no way anyone can relate to what I’ve just experienced.

In other news, TWD was quoted in a Global Post article titled “African Union Looks East” about the inauguration of China’s gaudy new African Union headquarters in Addis Ababa, Ethiopia which I reported on last year. Even that relatively innocent story ended up in a violent encounter when a paranoid Chinese government foreman ordered a hulking Ethiopian security guard to grab my camera and delete the contents of my flash card. They were unsuccessful due to my cunning.

← Living to Fight
Lost and Found →