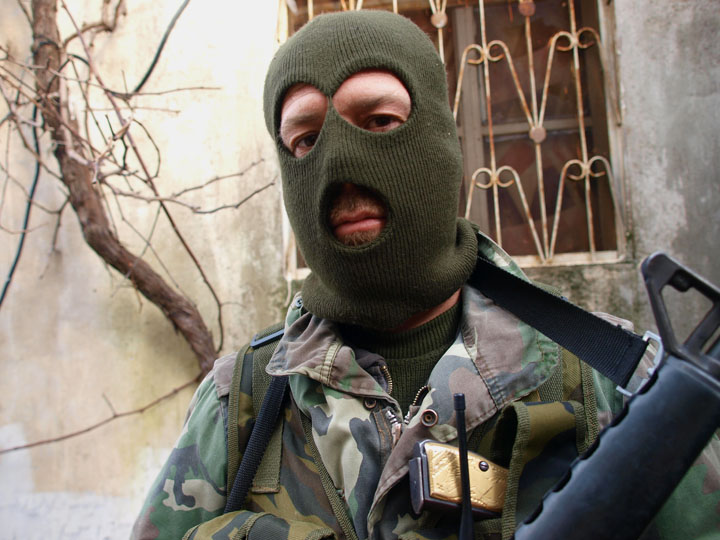 This is Yassin. He is a local area commander for a Free Syrian Army group in the besieged hamlet of Ain al-Baida. Woefully underarmed compared to their opponents, Yassin and his men are determined to fight the Syrian regime's forces till victory or martyrdom. ©2012 Derek Henry Flood

Ain al-Baida- Made an incredibly arduous trek into Syria’s war-torn Idlib Governorate yesterday. Working on my first article on the hardscrabble conditions of the Free Syrian Army. I was missing driving in the relative comfort of a late model Toyota on Libya’s desert highways about a 1/3 of the way into this hardcore journey. In order to keep going I kept telling myself that worthwhile outcomes do not come easily in this life. Sometimes you have to literally scale mountains in order to get a story out. No dog-and-pony show here. I never get tired of entering crumbling mukhabarat states without a visa. Throwing this image up as a teaser. More soon.