Istanbul, Köln, & New York- It’s been a while since I’ve been able to do an update after about three weeks of nonstop travel and work. I’m just going to post a mishmash of backlogged things of no particular importance. After leaving Antakya I spent a couple of incredibly cold, expensive days in Istanbul’s Sultanahmet tourist district. Long gone are the days of Istanbul being a cheap tourist destination. But in its core, the town hadn’t changed a lick. The dudes who work in the tourist hustle still tell the European and Australian tourists that their names are incongruously things like “Steve” or “Johnny” whilst explaining that they’ve never been outside Turkey in their lives. In that sense it reminded me of my first trip to the city in the summer of 1998. Turkey seemed to have changed a bit in the era of the AK Parti and the Gulen movement and I felt like maybe the Efes didn’t flow as freely (and definitely not as cheaply) as it once did.  But no matter what ideological trends are sweeping across the Anatolian plains, Turkey is still a relative bastion of accommodation between Islam and global modernity. 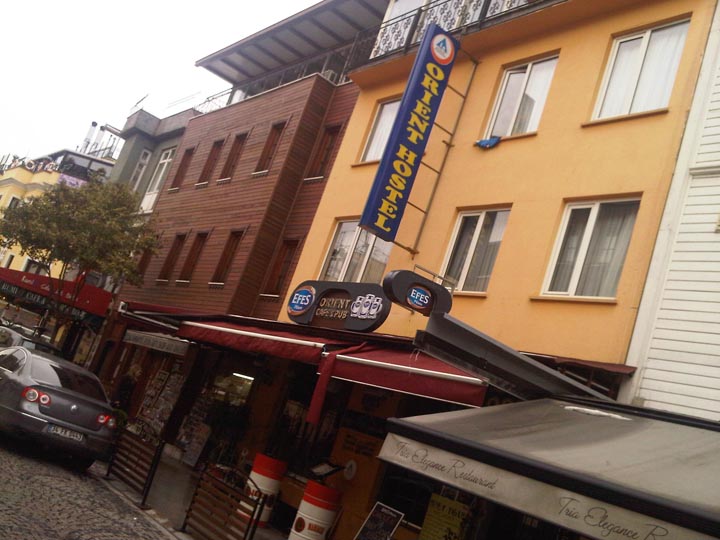 The legendary Orient Hostel in Sultanahmet. Some of my earliest adventures began from this place including my perilous 2002 trip to the Pankisi Gorge on the Georgian-Chechen border. ©2012 Derek Henry Flood

I made the observation that Turk Hava Yollari (Turkish Airlines) is sort of a de facto foreign policy arm for Ankara yet again. A decade ago the Turkish national carrier was part of the pan-Turkism policy that reconnected Turkey with its distant Sovietized cousins in Central Asia. When I was at Ataturk Hava Limani (Istanbul’s main airport) the first thing I noticed when I walked in was that the first destination on the departures board was the formerly besieged Libyan city of Misurata. Not Tripoli or Benghazi but a direct flight to Misurata. This intimates Ankara’s soft power desires and influence in the shattered Libyan state across the Mediterranean. 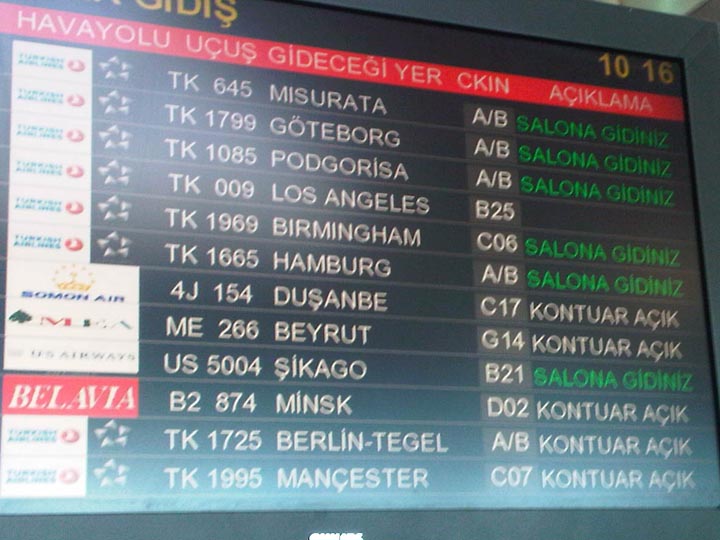 It has always seemed to me that Turkish Airlines has been an instrument of soft power for Ankara. ©2012 Derek Henry Flood 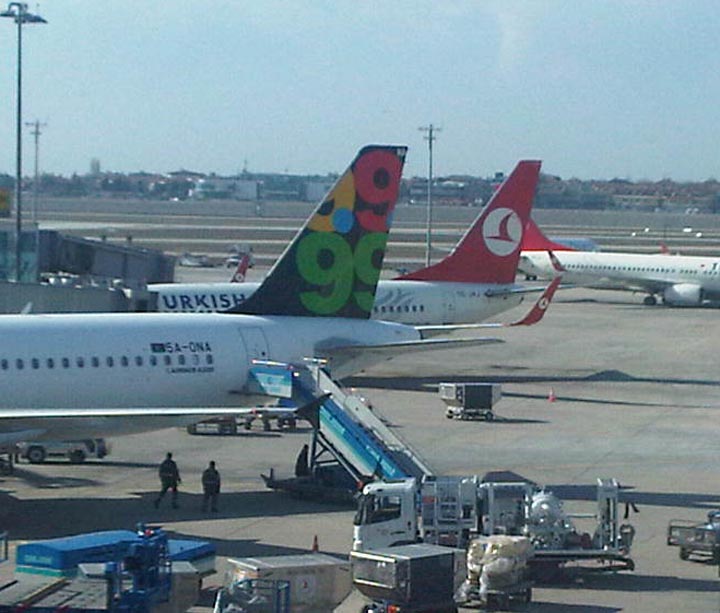 Too distant to make out in this bad Blackberry snap, I noticed when boarding my flight to Köln that Afriqiyah Airways had painted the new-old Sanussi/Libyan independence flag on its jets above the rear passenger windows (and that it was back flying again after the end of the no-fly zone imposed by the UN on Libya last year). ©2012 Derek Henry Flood

I’m still swamped with work related to my Syrian adventure and corresponding interviews with Syrian opposition figures in Turkey. I want to list a couple of things if nothing else than for my own personal archives. My speech from the Fondation pour la Recherche Stratégique September terrorism conference titled “Western boots on Eastern ground: A Comparison of Western Interventions in the Muslim World in the post-9/11 decade” is now available in PDF form (en Français) on the FRS site. I was quoted twice last week on CNN.com in “No Libya play for the West in Syria” and “How Syria differs from Libya.” This time last week I was presenting my work at an annual security conference comparing the scenarios in Libya & Syria and NATO’s supply lines in Central Asia in Wesseling, Germany which I will post more about when the CIOR site is updated and I have more time. 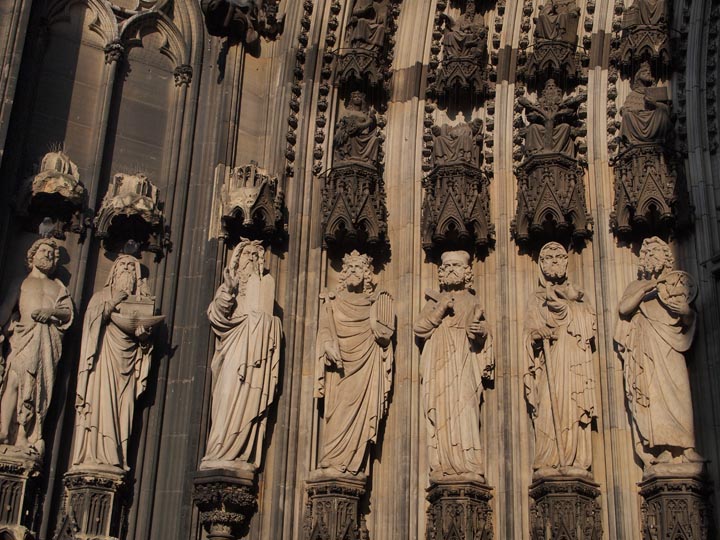 Statue detail on the lower exterior above an entrance to the Cologne cathedral. ©2012 Derek Henry Flood