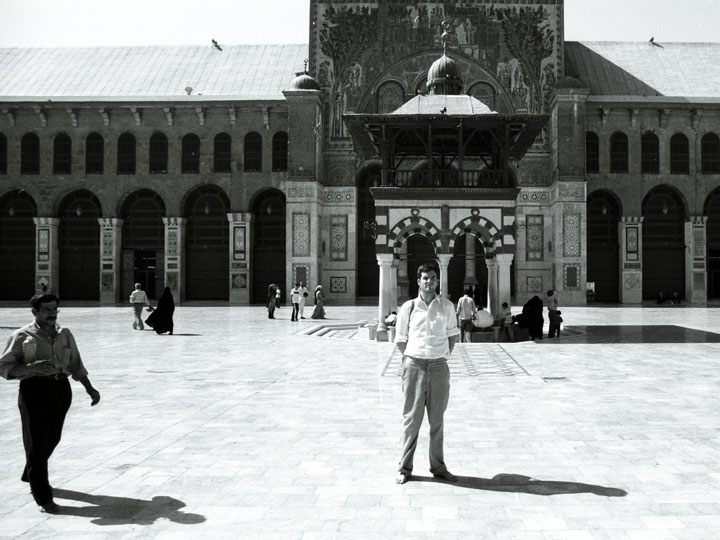 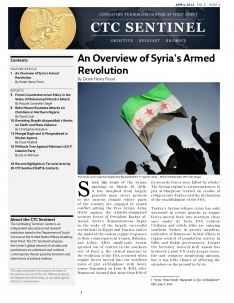 New York- I have the cover story out today in the April issue of the CTC Sentinel, the Combatting Terrorism Center at West Point’s monthly publication. This article is based on my most recent trip to northern Syria in January as well as my earlier travels in the country as pictured above. This piece was some time in the making and virtually nothing in Syria has improved in the interim in my view. Kofi Annan’s shuttle diplomacy is an utterly abject failure. UN soft power will do nothing to solve this painfully festering crisis.

The Free Syrian Army has suffered a series of territorial defeats since the beginning of 2012 including being routed from the position in Idlib I visited according to a colleague’s report in March. Despite these setbacks along with Turkey’s failure to act in any meaningful way (sorry conspiracy theorists who believe Erdogan is unequivocally aiding the FSA), the rebels don’t seem to be yielding their will even with their “tactical withdrawals” over the last few months. So far NATO has stuck to its guns of insisting Libya was not a “model” but a unique, one-off operation that will not be repeated any time in the near term. 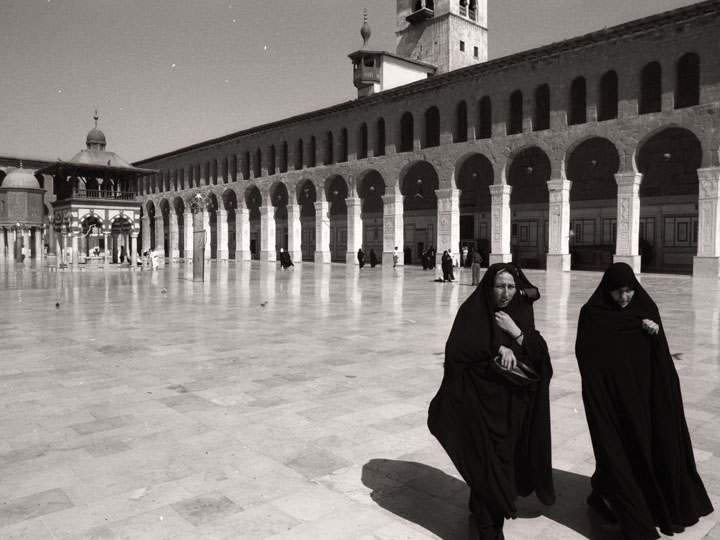 Abaya (or chador)-clad women stroll through the brilliant grounds of the Umayyad masjid, considered the fourth holiest place in the Islamic world. ©2002 Derek Henry Flood

I think most ordinary Syrians as well as rebels have long ago almost entirely given up on the idea of any sort of external intervention, military or otherwise, including even rather meek offshore balancing.  Saudi and Qatari talk of overtly arming the FSA seems to have gone nowhere. The rivalries within the GCC are intense, egotistical battles among some of the world’s most successful self-aggrandizers. That makes it near impossible for even two of the six member states to act in unison-the subjugation of Manama by Riyadh being the current exception. If the FSA is waiting for the GCC to get its act together on Syria, they may be waiting a long time. 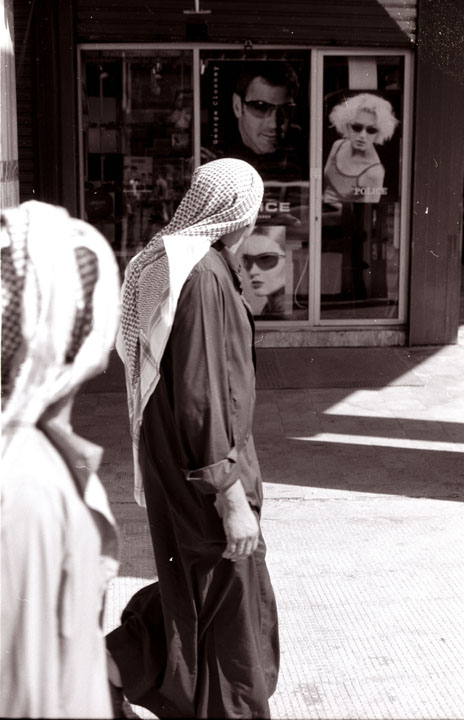 I remember seeing this poster for George Clooney for the Italian eyewear brand Police and thinking that an a-list star of his ilk would never pitch such a product back home. Perhaps Clooney should have put his efforts into Syria rather than Sudan. I recall seeing his visage in several places in Damascus that summer a decade ago. ©2002 Derek Henry Flood

There has been a lot of discussion about the emergence of so-called black banners in the Syrian conflict (which is a much more significant issue in Mali/Azawad at the moment). Of the cross section of Syrians I interviewed at the beginning of this year, everyone-even those moderately sympathetic to an Ikhwan agenda-eschewed the idea of their Syria becoming one more star in the constellation of global jihad. The fighters on the ground were certainly Sunnis drawn from the conservative milieu present in Syria’s northern governorates, but those obvious circumstances do not a jihadi make.

One of the more absurd “points’ in Annan’s UN-Arab League plan was to twist Assad’s arm into letting international journalists in with what I suppose should be unrestricted access. Not bloody likely. Judging by the tragic fate of France-2 cameraman Gilles Jacquier who was killed on a dog-and-pony show tour of Homs in January, I don’t have much confidence that journos would be any more safe if legally admitted to the country than if not. You have a vain, materialistic regime armed to the teeth that is suppressing all forms of dissent and shows no sign of letting up.

The war in Syria has ultimately become a contest of wills. The FSA, many international players, and the non-violent opposition all believe Assad is doomed to fall and it is all a matter of when, not if. But as the unceasing violence drags on, it is clear the Assad and those in his inner circle believe he can ride this one out. And it is to this point where I think the rash, extra-judicial killing of Qaddafi did immense damage to the quarters of the Arab world still in the bitter throes of revolution. It became very clear to Bashar al-Assad et al that the end of a regime did not necessarily mean quiet exile. It could end in death. This gives Assad that much more impetus to keep fighting-which he is clearly doing.

Since enough time has gone by I decided to finally upload a short film I made (which is part of the background for the CTC article shown above) onto Youtube because…well…otherwise it will never get seen. It’s my (very) rough first person account of my trek to northern Syria’s Idlib Governorate in late January after much networking in Antakya, Turkey.

← No End in Sight to Bahrain’s Troubles
The Fabled City →