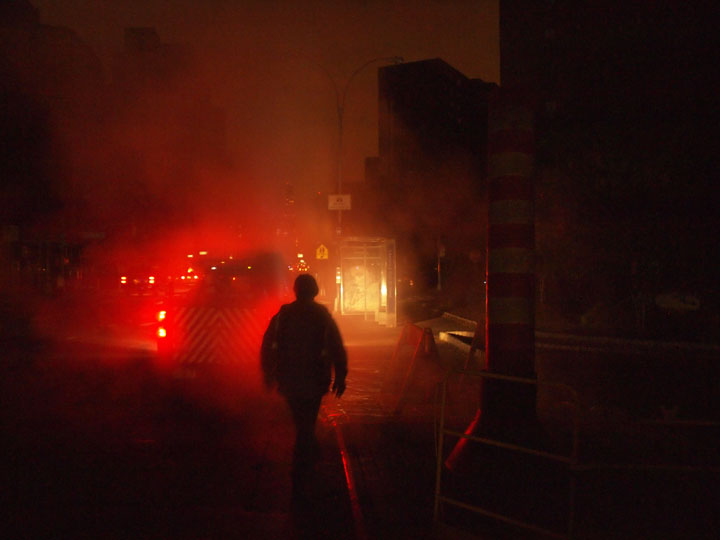 A ConEd power worker on First Avenue between 20th and 21st Streets in Peter Cooper Village, Manhattan as the blackout caused by Hurricane Sandy grinds on. ©2012 Derek Henry Flood

New York- Finally made it into Manhattan yesterday after nearly a week of storm imposed seclusion in the outer boroughs of the city. Subway service was partially restored to Midtown and I decided to hop on one of the inbound trains and explore what I’d heard from friends via text and the media. I walked from 33rd Street and Herald Square down to Houston and Broadway, from there to Avenue C, and up to 20th Street and First Avenue.

Most of lower Manhattan felt deserted like some lame Will Smith movie. Bicyclists were having a field day ruling the streets. In Union Square, there was a weird dichotomy where apparently those with cash ate a trendy food trucks doing a roaring trade and those without waiting in long food distribution line monitored by police. Walking around during the light of day was a bit eery but entirely manageable. Once I reached Avenue C as the dark descended, despite the heavy presence of emergency vehicles, it still felt as if the area was on the cusp of lawlessness. 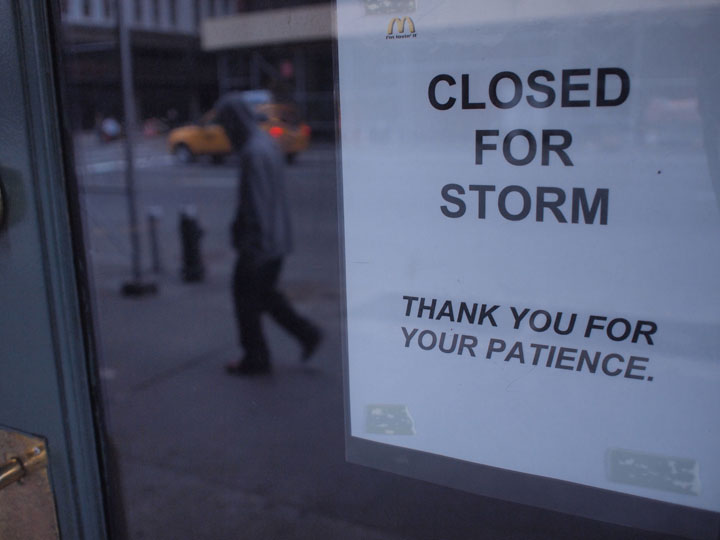 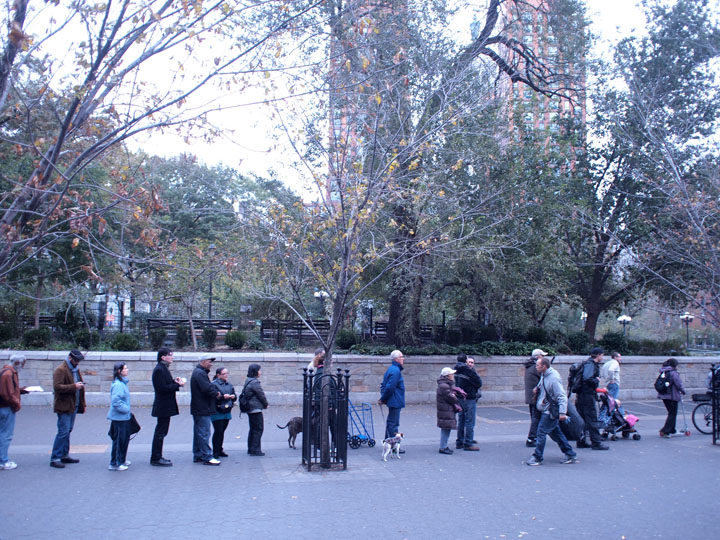 Residents of the Union Square area wait in line for a late afternoon food distribution as temperatures begin to drop. It felt as if everyone was homeless. ©2012 Derek Henry Flood 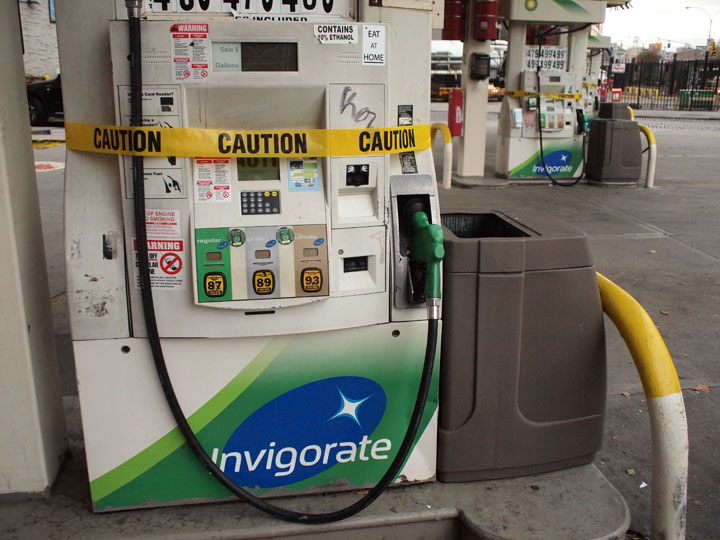 The city’s gasoline crisis has now become a paramount issue in the post-Sandy recovery. Not only are fuel supplies low or totally out but there is not electricity to power petrol stations. BP, Broadway and Lafayette (the old Gaseteria). ©2012 Derek Henry Flood 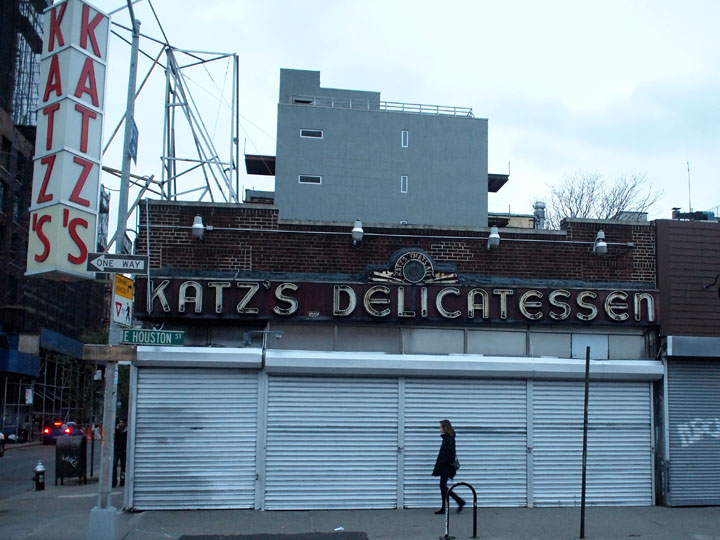 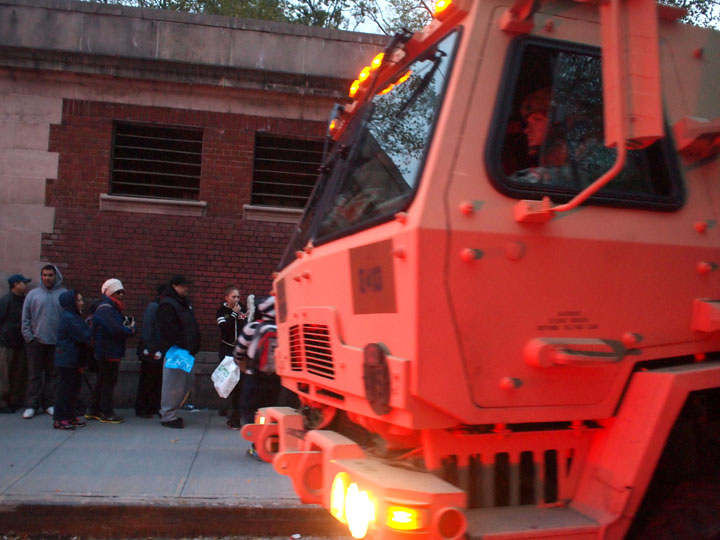 An Iraq-beige National Guard vehicle pulls away from a makeshift food distribution center on the corner of Houston and Pitt Streets on the Lower East Side. Guardsmen were being tasked with distributing meals en masse is disaster-affected areas of the city. ©2012 Derek Henry Flood 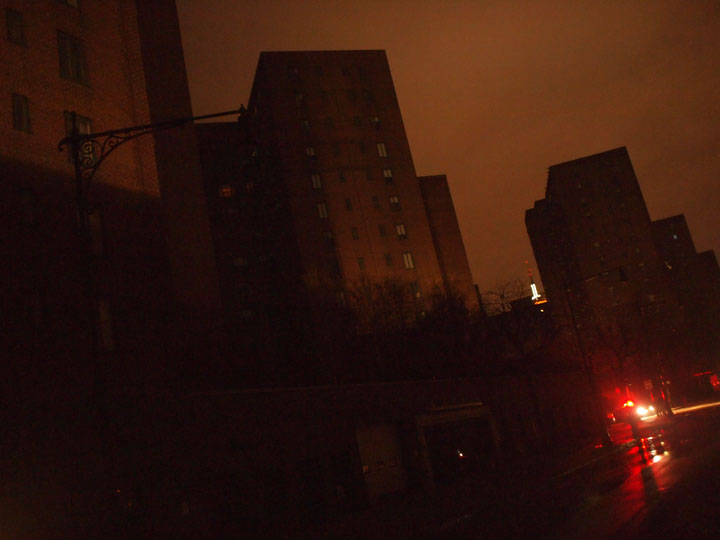 The dark apartment blocks of Manhattan’s Stuyvessant Town neighborhood are faintly lit by passing traffic on the adjacent FDR drive. Pedestrians pass each other on the streets with wariness with often the only sources of light sirens and cell phones. ©2012 Derek Henry Flood 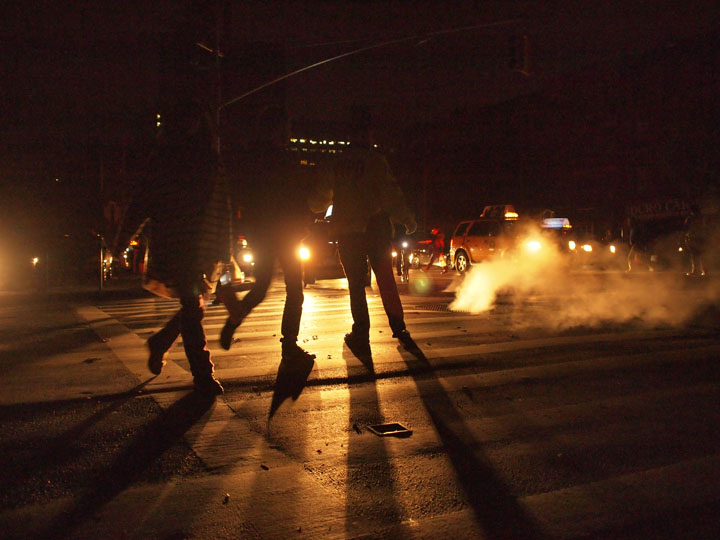 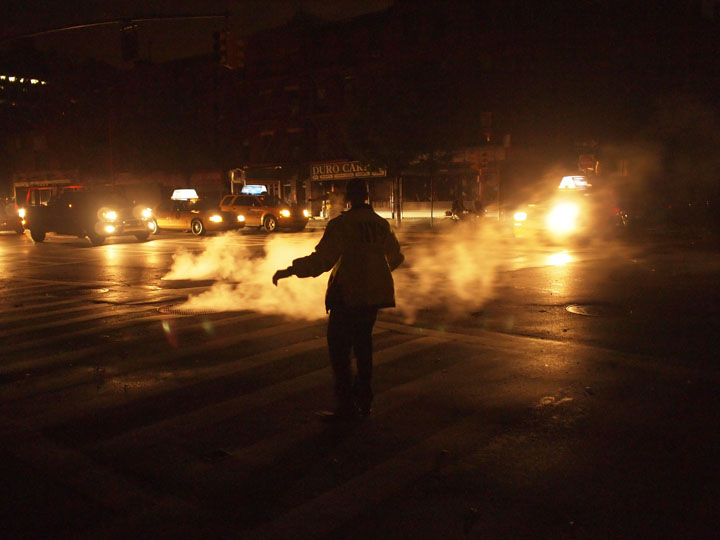 Lower Manhattan has been deeply affected by explosions at the Con-Edison power station on 14th Street and Avenues C and D during the height of the storm surge. ©2012 Derek Henry Flood

← In Sandy’s Path
From Unreasoned Righteousness to Reason →