City of Fire from Derek Flood on Vimeo.

New York- The above video project, City of Fire, about the ethnic violence that rocked southern Kyrgyzstan’s portion of the Ferghana Valley in June 2010 was one such unfinished project. Often termed a “tinderbox,” the Ferghana is a highly complex ethnic matrix that defies shorthand analyses. It’s not merely Kyrgyz and Uzbek-there are displaced Crimean Tatars from the Stalin period, North Koreans, ethnic Russians, Uighurs making up some of the purported 83 ethnic or ethno-linguistic identities in urban Osh alone.. My video does not provide such detailed background but is more of a belated visual artistic statement. It combines shaky footage from the long defunct Flip camera gadget with intimate DSLR portraits of those whose lives were upended by this at least partially orchestrated chaos.

As of late I’ve been getting a number of nagging creative monkeys off my proverbial back. For many years now, I’ve been traveling back and forth to a multitude of the world’s conflict zones. Before that, I was exploring ancient, medieval, and post-colonial ethnic and geopolitical frontiers in the ummah as a university student. Partying along the northern and western fringes of the still evolving EU in the late 1990s was never quite satisfying (as much fun as it was…and still is).

Over the past few months. I’ve been doing a long dreamt photography installation project called #fabledcity. This was an idea I’d had in my student days to educate and enlighten using large print photography as memetic street art. This dream faded  with the collapse of the World Trade Center when I was instantly transformed from an aspiring NGO photographer to sudden war photographer. As with my #fabledcity idea, I have more ideas than I ever actually getting around to finishing. I’m certainly not a skilled videographer but I occasionally shoot clips while I’m shooting still images. Sometimes I then put said clips into montages after I get home dedicated to those who’ve suffered. I may move on from one story to the next, often in vastly different regions of the world but each of these events always lives somewhere in my memory. I still have my fixer’s number from 2010 in my Blackberry. It’s hard to let go sometimes.

Now 4 1/2 years on, I set aside a few days to finally put this dated idea together for some creative closure. I’d write way more on this topic but I have to get back to my paid work otherwise I’d be happy to expand on this for hours… 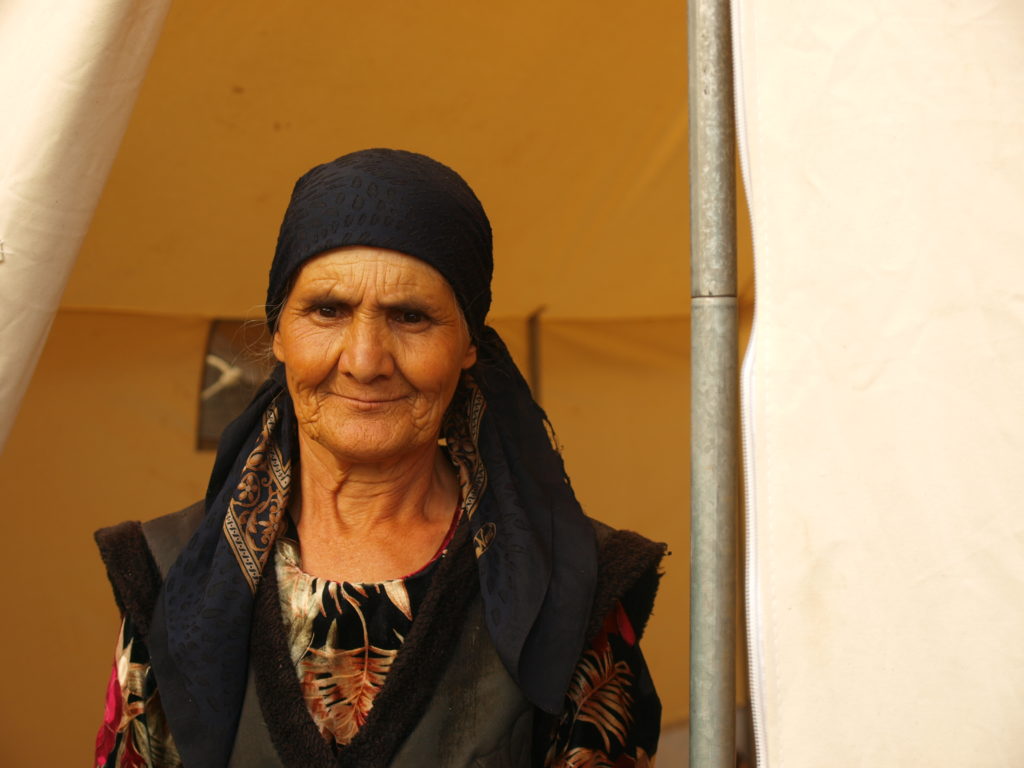 An ethnic-Uzbek woman living in a Turkish Red Crescent tent on the ground where her home had stood in Osh’s Cheremushki mahalla (a local idiom for a communal Uzbek neighborhood). ©2010 Derek Henry Flood

← An Unlikely Ally in Syria
A Death in South Waziristan →