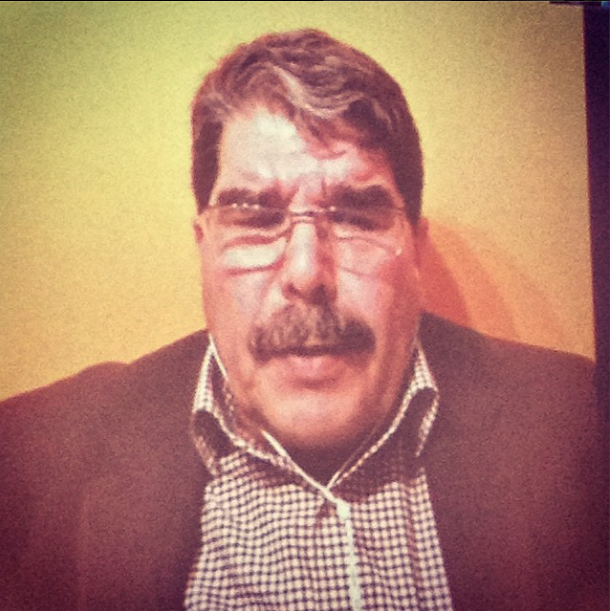 The PYD’s co-chair Salih Muslim speaks to an audience in Harlem, New York via skype from Paris. Click to follow me on instagram. ©2014 Derek Henry Flood

New York– I have an article out in the November edition of Middle East Insider edited by David Hartwell on my observations on the battle between the YPG and the IS in Kobane in October. It was one of the most abstract war scenarios I’ve yet to witness with uncoordinated or at best poorly coordinated American air strikes being launched from high above while the PKK-allied YPG fought it out in the streets as IS salafi-jihadis attempted to take Kobane’s prized northern gate to control another border crossing with post-Kemalist, AKP-ruled Turkey. Kobane has since fallen out of world headlines but

I went to a very interesting event called “Kobanê & the Rojava Revolution” in Harlem the other night at the City College of New York (where I took the instagram above). Salih Muslim spoke to the audience via skype at least in part because he was not given a visa to enter the United States by the State Department. The PYD leader having to phone it in highlights the awkward juxtaposition considering the U.S. Navy and Air Force are assisting the PYD’s armed wing, the YPG, in and around Kobane to “degrade and ultimately destroy” the IS but the movement’s erudite, intellectual leader was not easily allowed to visit an educational institution in the city that hosts the United Nations HQ.

The State Department still lists the PKK as a foreign terrorist organization in part to please its NATO ally in Ankara. Many are now positing that the PKK should be delisted as it is not anti-Western (though it is anti-capitalist which may roil Republicans on the Hill) and has demonstrated through its armed wing, the HPG, that it is a fairly effective bulwark against the incursion of the IS into Iraq Kurdistan while it has been at war with Islamists in Syria already for some time. Even though the State Department does not list the PYD or YPG on its bad guys list, their affiliation with the PKK-HPG is a form of guilt by association.

Although war often makes for strange bedfellows, the alliance between the US military and Syria’s revolutionary Kurds is a fascinating case the deserves closer inspection. The struggle for Kobane also confounds leftist, anti-neo-imperialist zero sum paradigms about whether any sort of military intervention is ever justified.

The PYD is after all a leftist organization that promotes gender equality and proselytizes “democratic socialism,” traits it may be hard for some to knee-jerk against upon reflection. None of this has scared CENTCOM officialdom away from helping stave off the fall of Kobane however. The Americans’ new allies in Syria may be temporary ones in comparatively quick decisions borne out of self-interested pragmatism in Washington–this remains to be be seen.

Even if the U.S.-PYD/YPG alliance turns out to be a purely temporary, tactical one, it is an undeniably real one. 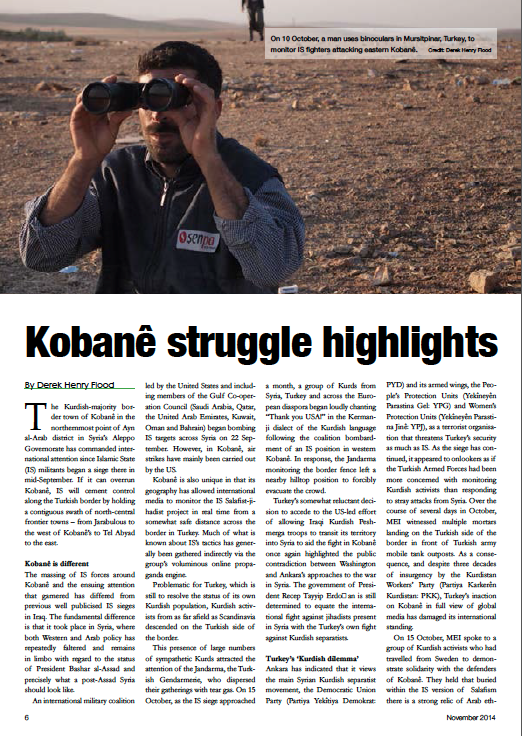 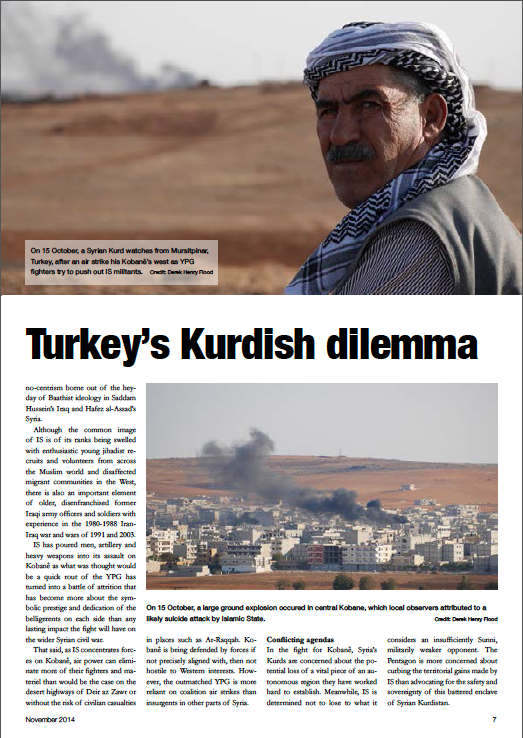 ← Kobane: from Indifference to Intervention
City of Fire →