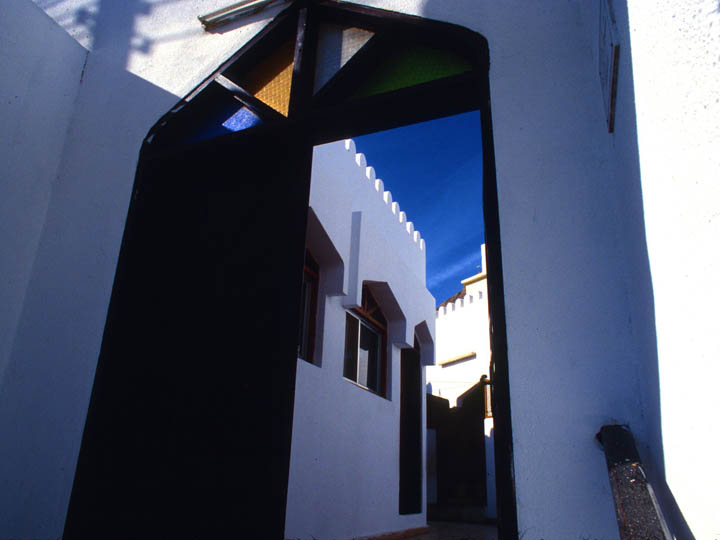 An elegant doorway on a quiet backstreet in Muscat, Oman. ©2000 Derek Henry Flood

New York- With all of the nonstop news and largely negative social media I scan day by day with regard to affairs in the Arab-majority states of the world, I was reflecting for a moment today on the tranquility of Oman. Oman is perhaps the only Arab nation-state that never, ever, makes headlines. And yet it is sandwiched between Yemen with its Houthi insurgency, AQAP, drone strikes, seemingly nonstop hostage crises and the United Arab Emirates, which puts enormous effort into marketing its flashier emirates as global trading hubs. Oman is calm, rather expensive to travel, and is seldom talked about.

It remains an absolute monarchy ruled by Sultan Qaboos bin Said since he took the throne from his father  in 1970. At the end of February 2011 while I was careening back and forth from Benghazi to the constantly shifting front lines in the Libyan revolution-cum-civil war, Oman underwent the so-called Arab Spring’s least newsworthy protests. They mostly entailed calls for modest economic and political reform as opposed to the overthrow of the sultanate. The Sultan’s reaction was to simply pay off his subjects with cash and promises to improve their quality of life in order to keep them quiet.

Oman had what I call the GCC Syndrome: I think the only Omanis I ever really interacted with were the guys at immigration who mistook me for a Pathan laborer as I was still in my shalwar kameez coming from a month in Peshawar researching my university thesis. Otherwise I met some very friendly Lebanese, Egyptians, Malayalis, Tamils etc who make up its expatriate work force and middle-man business class on the street.

Oman was the last place I visited in the ummah before 9/11 and for just that reason it will always have a find place in my memory. It was a time when I was traveling for the sheer sake of it, without any particular objective. I think the main reason I wanted to fly to Muscat was because I’d never spoken to anyone who’d been there and was enthralled by its then obscurity. Oman is in the shadow of Yemeni fitna, the issue of Saudi women driving, Abu Dhabi’s largesse and Dubai’s excess. 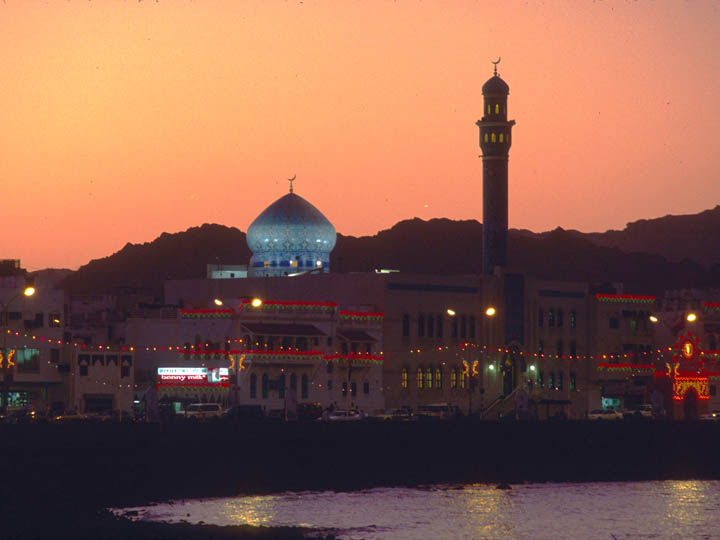 Muttrah corniche in Muscat, Oman with the blue domed mosque of the Lawati community. The Lawati are twelver Shia of possibly South Asian origin who ran the Indian Ocean trade between Bombay, Muscat and Zanzibar.  ©2000 Derek Henry Flood

A pair of weathered wooden dhows on the dock in the port of Salalah, in southern Dhofar Governorate abutting Yemen. ©2000 Derek Henry Flood 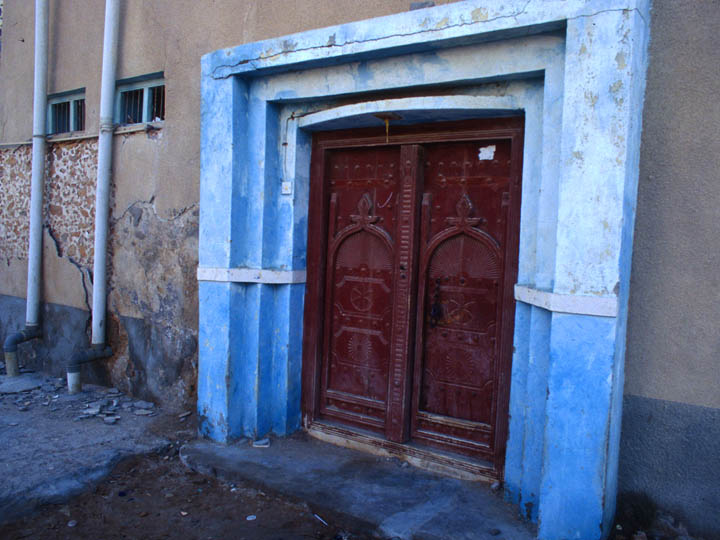 A carved doorway in Salalah that to me evokes the heyday of Indian Ocean sea trade that connected southwest India, the southern Arabian Peninsula and the Swahili coast of East Africa. ©2000 Derek Henry Flood 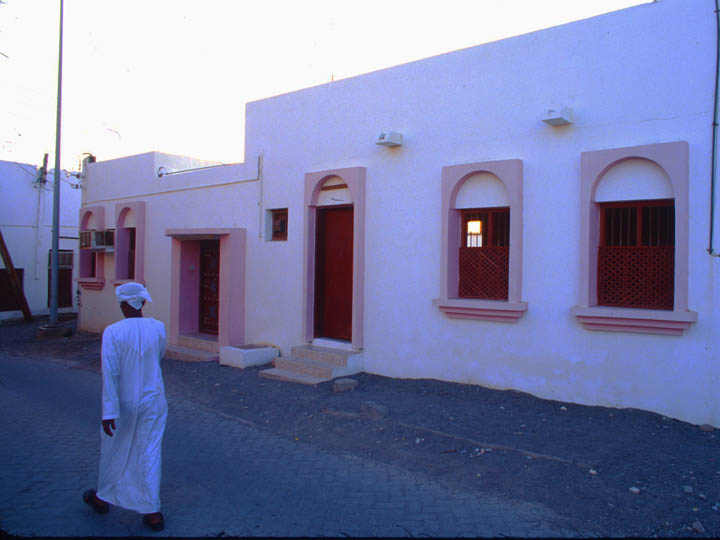 I remember Omanis silently whisking by in their crisp white dishdashas as the magrhib prayer was ushered in by the dusk azan. No “hey Mr where are you from?” here. Everybody was content minding their own business and after a month traversing boisterous Pakistan, it was a calm relief. ©2000 Derek Henry Flood