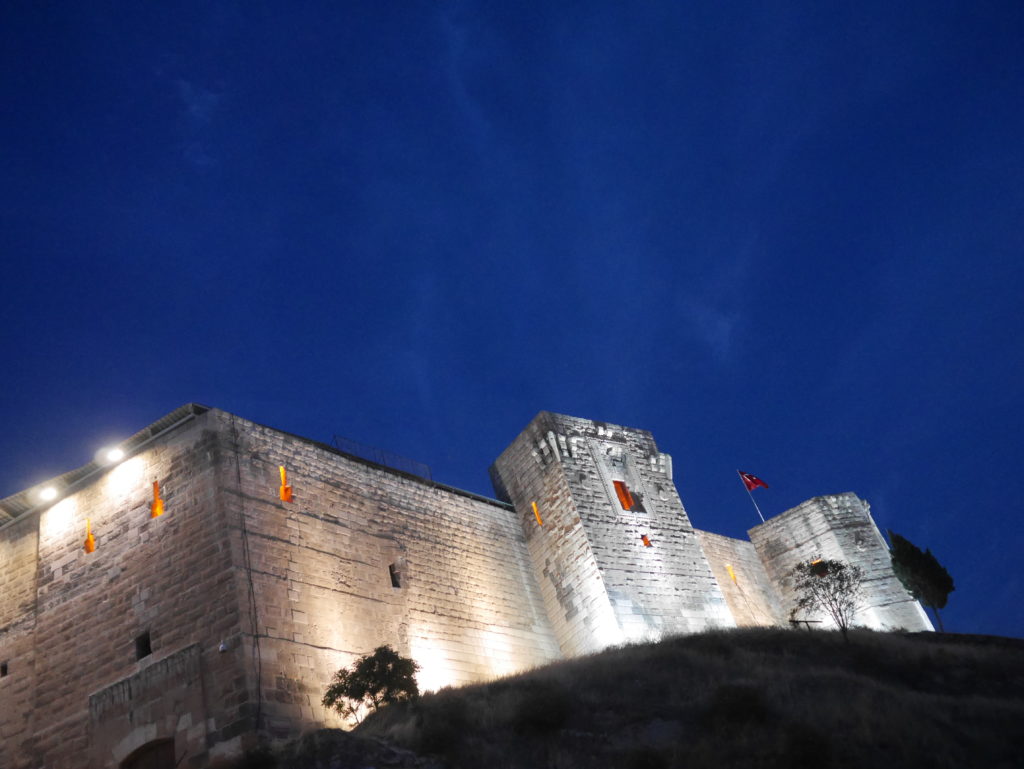 Gaziantep Castle. This hulking monument reminded of the Turkey I once came to know in the late 1990s during the end of the declared PKK insurgency. Now, when walking around Turkey’s southern provinces at night I wonder if Islamic State logisticians are keeping tabs on me as Turkey has allowed itself to be a transit country for the most cut-throat of salafi-jihadis for the last several years. The magic is gone. ©2014 Derek Henry Flood

New York- I have a new (and final for the time being) report on the battle for Kobane for IHS Jane’s Islamic Affairs Analyst titled “Ideological divide – Kobanê’s ethnic war.” As of today, the siege of the formerly non-descript border town in Aleppo Governorate now continues into its fourth month (today is day 96 to be precise) with no end in sight. Operation Inherent Resolve still goes bringing death and destruction from above. The YPG and YPJ are still fighting IS daily. Yet IS does not want to give up nor will its ideology that bestows martyrdom on its human canon fodder allow it to. 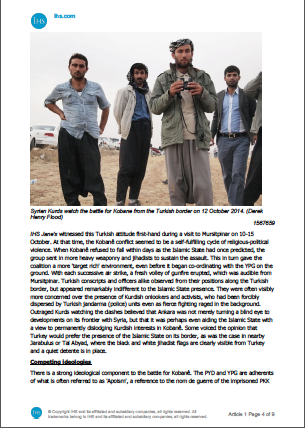 So the siege continues and the small city lay in total ruin. Though Ankara has allowed a second deployment of KRG peshmerga to enter, Turkish policy remains largely unchanged. IS commanders are all too aware of this fact and continue to take advantage of it. Exactly what is taking place on the IS side of the equation–such as the reported killing of one “Jundullah (transliterated as Dzhundalla according to Cyrillic sources) Shishani”–is all but impossible to verify. Part of this has to do with how incredibly difficult the battle is to access for journalists and how dangerous it is when done. A veteran military correspondent I met in Benghazi referred to this scenario as the “soda straw view of war,” a phrase that has managed to stick with me. A lot of interpolation is required when you only have very limited access to just one side of a story.

The situation in Kobane has become another of the world’s intractable conflicts but it needn’t be so. Policies do not adapt often quickly enough to the rapidly changing ground realities of affect ongoing crises in real time. Kobane has become an important node for IS sending recruits into battle under the tutelage of grandiloquent field commanders who so heavily rely on social media to burnish their war fighting credentials.

Even though I was there two months ago, I’m still very much concerned with the outcome in Kobane. It is one of those stories that stays with the observer long after having left. 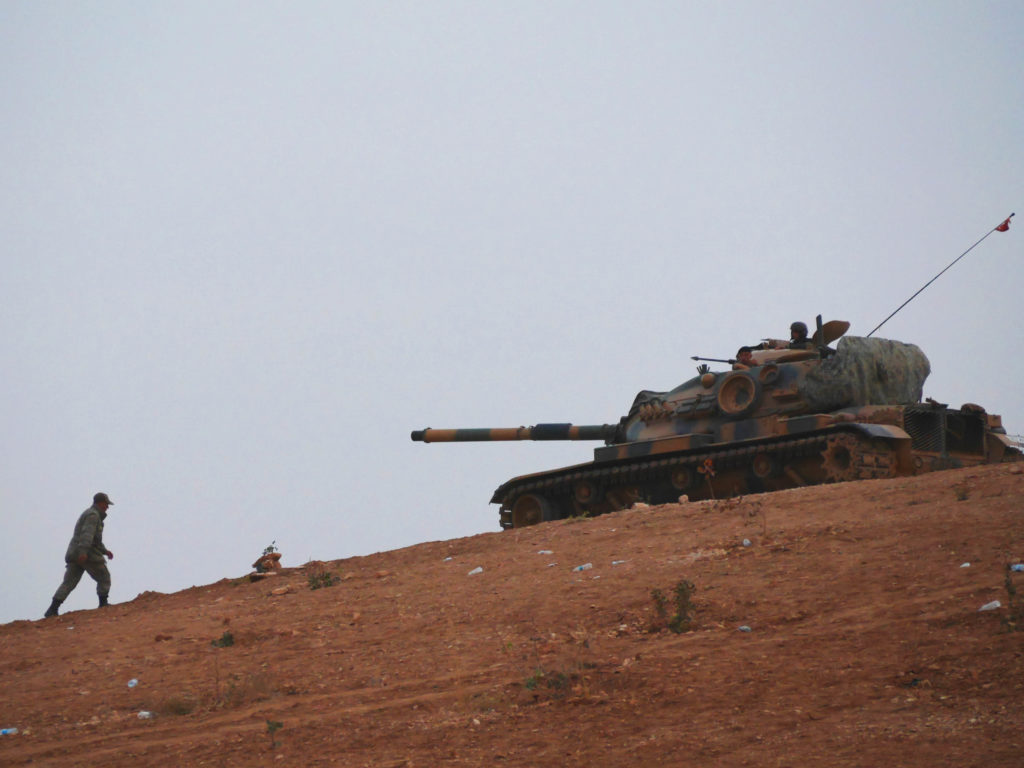 A Turkish soldier approaches a tank on the Syrian border doing not much at all besides a calibrated defensive posture. ©2014 Derek henry Flood

← Kobane to Kirkuk
The Quiescence of Oman →