New York- I have a an article in the November/December issue of the Combating Terrorism Center’s Sentinel publication titled The Battle for Kobani Comes to the Fore. Above is a clip  I put together from my field work in Kirkuk Governorate in August 2013. Though Kirkuk and Kobane are geographically disparate places, many Kurds consider these pivotal cities as key nodes in a singular struggle against Ba’Athism, salafism, Kemalism and any other form a ideology that they believe seeks to deprive Kurds of their collective rights as a nation.

Fourteen months after my trip to Kirkuk, I traveled to southern Şanlıurfa Province in southern Turkey to witness the siege of Kobane just inside Aleppo Governorate. Kurds gathered in solidarity there frustratingly expressed that the siege of Kobane was but the latest round in an persistent narrative of anti-Kurdish mass casualty violence that has gone on for decades.

Some in the hills of Mürşitpınar expressed that the sweeping attacks on the Kurdish-majority villages that once buffered urban Kobane were aimed at pushing back Kurdish nationalist aspirations. The fight against Kurdish autonomy may have gone from racist Ba’athism to predatory salafism but it was the same anti-Kurdish feeling expressed under another ideology according to a number of observers I spoke with. 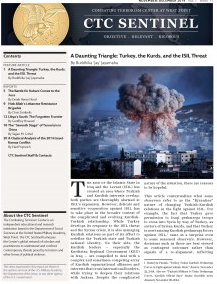 Those interviewed believe the Kobane crisis is firmly rooted in 20th century Arab Ba’athism, Turkish republicanism or Iranian chauvinism in which respective Kurdish minority populations were politically oppressed by ethnic majoritarian governments. They held that IS’s salafism has absorbed traits due in part of veteran Ba’athists who had joined its upper ranks.

From previous anti-Kurdish policies most epitomized by the al-Anfal scorched earth campaign in northern Iraq in 1987-1988 which killed an estimated 150,000, a feeling of communal vulnerability exists across Kurdistan that transcends post-colonial borders. This thinking extends into the global Kurdish diaspora in the West as well.

In the eyes of many watching nervously along the Turkish-Syrian border, the surrounding of Kobane by IS fighting trucks flying trademark black banners—and the ease with which this occurred— symbolizes not an intra-Islamic fight between radicals and those they deem less pious Sunnis but an ethnic contest between Arabs coupled with their foreign fighter acolytes and indigenous Kurds.

It also left an impression that Turkish authorities were so ardently anti-Kurdish particularly in the case of Rojava that Turkey in fact preferred to have IS jihadis facing its jandarma than the PYD’s YPG. Some Kurdish observers in Suruç and environs felt that Turkish passivity on the siege was an indicator that it actually actively supported the IS advance because Ankara would prefer to have dour salafists on its border as in the case of nearby Jarabulous or Tel Abyad than a sturdy, vibrant Kurdish autonomy movement.

While the Kurds have largely succeeded in their grand goal of consolidating Kirkuk and its oil wealth into Iraqi Kurdistan proper, the fight for Kobane continues to rage illustrating that though gains in one part of greater Kurdistan have been made, there is a long way to go yet still.

← A Death in South Waziristan
The Siege Continues →