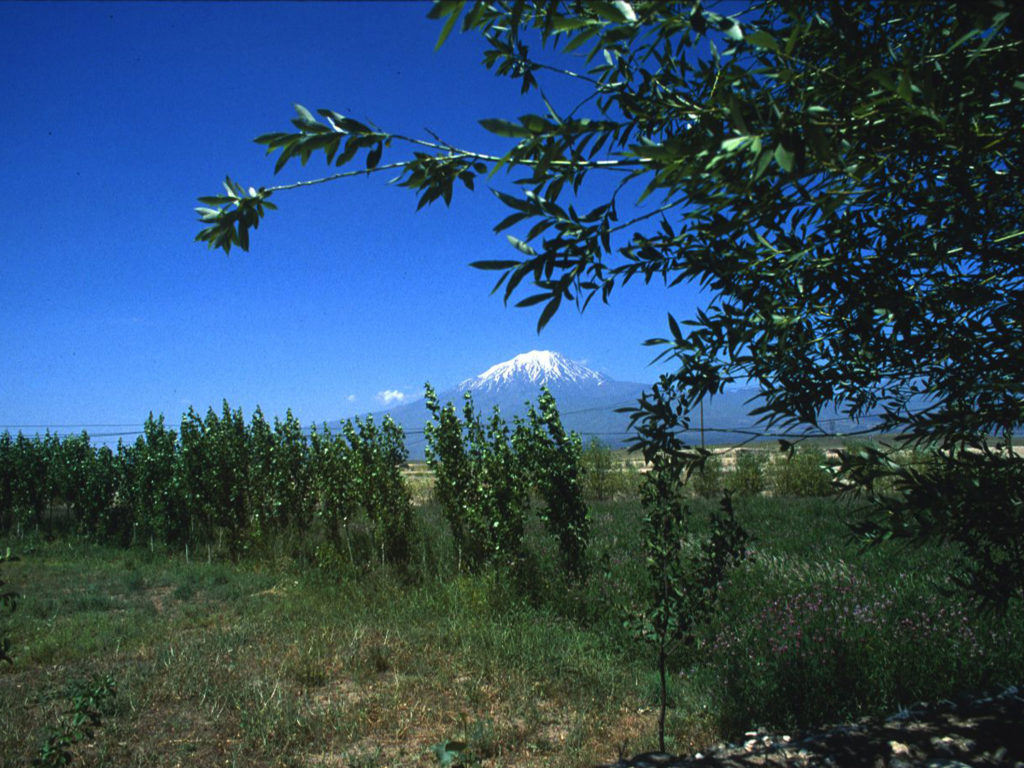 A view of Mt. Ararat in Ağrı Province, Turkey near the border with the present day Republic of Armenia. Ararat is a dormant volcano noted in the Book of Genesis where the fabled Noah’s Ark came to rest following the Great Flood. Today it stands as a pained symbol of unfulfilled Armenian territorial nationalism. ©1999 Derek Henry Flood

New York- Yesterday marked the centenary of the 1915 Armenian genocide. Armenians and their supporters in the international human rights arena describe the massacres as a calculated genocide undertaken by the Ottoman military in the midst of the Great War (World War I) in eastern Anatolia whilst many nationalist Turks insist on referring to the murderous episode as the ‘events’ of 1915 with their own narrative of victimhood at the hands of great powers.

In the summer of 1999, I explored some of the remnants of ancient Armenia that reside in the present day Turkish republic. The scant remains of Urartu, the proto-Armenain Iron Age civilization, set my imagination alight at the time. This setting is where I first discovered the highly complex, painful history of Turks, Kurds, and Armenians as a university student. In the days before the rise of Erdogan and the Islamist-imbued AK Parti, Turkey was still steeped in secularist 20th century Kemalism which contained a heavy element of historical denial when it comes to the minorities cultures within Turkey’s borders.

After my tour around Ararat that summer, I continued on to the devastated ruins of Ani, a capitol of ancient Armenia that was rocked by an earthquake in 1319 A.D. from which it never recovered. I had to run around Kars to get permission to visit the place and was escorted by a young English-speaking conscript who made sure I didn’t point my camera toward the guard towers across the ravine where Armenian soldiers gazed upon us. There was even a hostel legend that a Japanese tourist who thought he was immune to the rules was shot by an Armenian (or Soviet/Russian) soldier looking down from a guard tower for attempting to photograph the other side. I never learned whether the story was myth or fact but I didn’t want to find out first hand.

These ruins once represented the boundary of the Cold War dividing NATO member Turkey and then Soviet Armenia. They were gained by the Ottomans in Istanbul following the signing of the Brest-Litovsk Treaty of 1918 where the Bolsheviks ceded the ruins to Ottoman Turkey. The cultural angle is a humiliating one for Armenians who seek territorial concessions from modern day Turkey as the ruins are visible from Armenia in the same manner as the aforementioned Mt. Ararat. Not having control of these sacred places is part of the larger narrative of the genocide as a mechanism of disenfranchisement. A crying out not universally accepted. 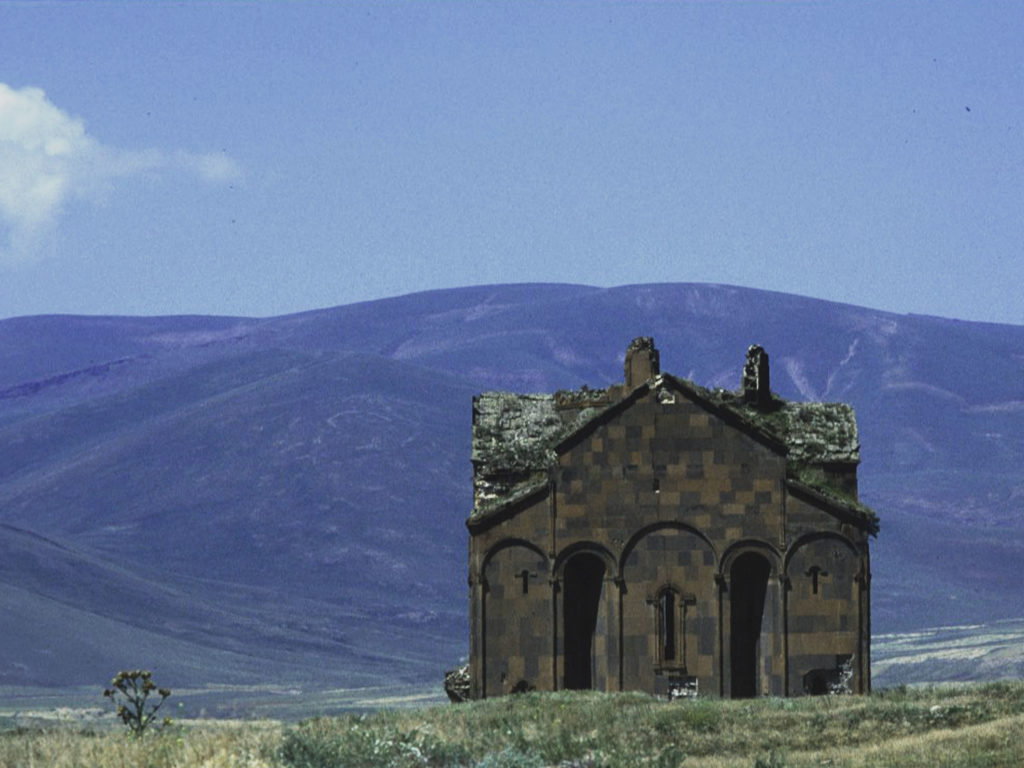 The cathedral of Ani set amidst the sprawling grasslands abutting the Armenian border. It was weird having a Turkish soldier art directing my photo shoot from a military perspective. ©1999 Derek Henry Flood

In the hundred years that have followed the genocide, sometimes described as an ethnic deportation of disloyal Ottoman subjects gone awry in the Turkish narrative, relations between the two ethnic nations have still not come to a lasting accord to the benefit of both sides. Though anti-Turkish Armenian terrorism ebbed long ago from its heyday in the 1970s and 1980s, the war of rhetorical stances continues. Ani was totally abandoned by the 1700s but it seems to symbolize the purge of the Armenians that would come later during the early 1900s as the people descended from this civilization were mostly purged, never to return en masse. The mountains and the partially intact churches stand. The grievances persist. History seems to be at a standstill on this issue despite a 100 years having passed. Yet life must move forward.

Gorgeous, distressed frescoes in the dome of the church of St Gregory of Tigran Honents at Ani. Remnants of a vanished culture. ©1999 Derek Henry Flood

← Twenty Years
Dust and Urethane from Kabul to NYC →