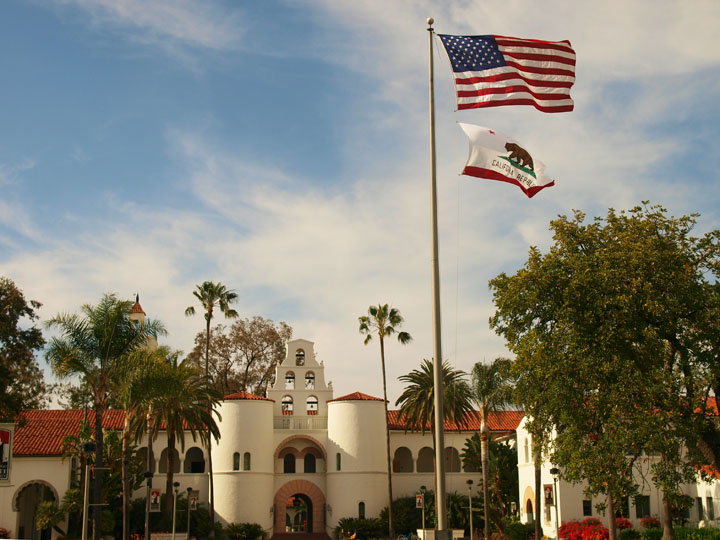 New York- Reading two very different books in the same day, I came across references to the college where I received my bachelors degree, San Diego State University. When far away from San Diego, like say in Brooklyn, SDSU remains in the long shadow of UCSD across town in gilded La Jolla. It is thought of as mostly a party school or a sports school–both of which are apt.

I’m perfectly happy of having gone there but it’s not exactly a place name of conversation topic in New York or Europe where I spend most of my time these days. When it is seldom referenced in popular culture, it is often in jest as when Bart Simpson says to Lisa, “Lis, you made the school worse than it already was. It wasn’t exactly San Diego State to begin with” in the 2003 episode The President Wore Pearls. (Fun fact: Julie Kavner, who plays the voice of Marge Simpson, graduated from SDSU’s drama program.) 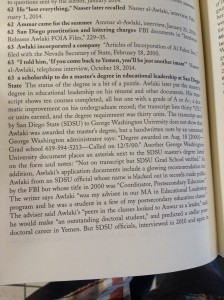 In perusing the endnotes of Scott Shane’s Objective Troy: A Terrorist, a President, and the Rise of the Drone about the life and assassination of Anwar al-Awlaki, I wanted to see what Shane had dug up on al-Awlaki’s time in San Diego where he preached at a mosque called Masjid Ar-Ribat al-Islami that is four blocks from my college apartment. The late Yemeni-American imam-turned-firebrand had enrolled in a masters program called Educational Leadership but it has never been precisely clear whether or not he completed the program with a degree.

Though al-Awlaki has been dead for over four years now, understanding his trajectory to militancy is critical. This is due in part to his posthumous influence via the Youtube hereafter on aspiring salafi-jihadis around the world from Paris to the IS’s illegitimate khilifah in centered on ar-Raqqah.

The fact that Anwar al-Awlaki was questioned for interacting with policewomen posing as hookers on a once notorious stretch of El Cajon Boulevard by the San Diego Police Department doesn’t seem to have tarnished his vaunted image among the self radicalized scanning through his videos online. Al-Awlaki was a philanderer, a deeply flawed man. This may have played a larger role than we realize in his own escalation into militancy upon leaving the US before being killed in a drone attack in al-Jawf Governorate bordering Saudi Arabia’s Najran Region on September 30, 2011. The execution of an American citizen without trial is a constitutional conundrum which simultaneously catapulted al-Awlaki into perpetual online martyrdom which is what he sought in his last years on the run.

Al-Awlaki’s irresponsible, self-destructive straying from his wife and children was dwarfed by his rage upon departing the US and reconnecting with his tribe as well as AQAP in Yemen. As he became angrier over time, he repeatedly portrayed the world in a stark, binary good vs. evil rhetoric not unlike George W. Bush and Dick Cheney, even using the quaint term “evildoers” in one of his video sermons minus the overemphasized Texan drawl.

Shane’s extensive endnote is inconclusive as far as al-Awlaki’s masters pursuit at SDSU is concerned but in being so, it sheds some light on the imperfections of information flow dynamics here in the West. George Washington University has in its online national security archive a slightly redacted document from someone at my alma mater highly recommending al-Awlaki for a doctoral program at…George Washington University.

Just as many things are still not fully understood about the precise timelines of lives of the 9/11 hijackers here in the US fifteen years later, three of whom met with al-Awlaki in San Diego and the Dar al-Hijrah mosque in Falls Church, Virginia, something as straightforward as whether he graduated from SDSU continues to be a matter of speculation–though several accounts  indicate that he never graduated.

As a graduate, that astounds me, or at least befuddles me that this is still not clear. The fact that my beloved SDSU has a faint connection to 9/11 in that al-Awlaki was a student and met the San Diego-based hijackers during that time has always left me unsettled. 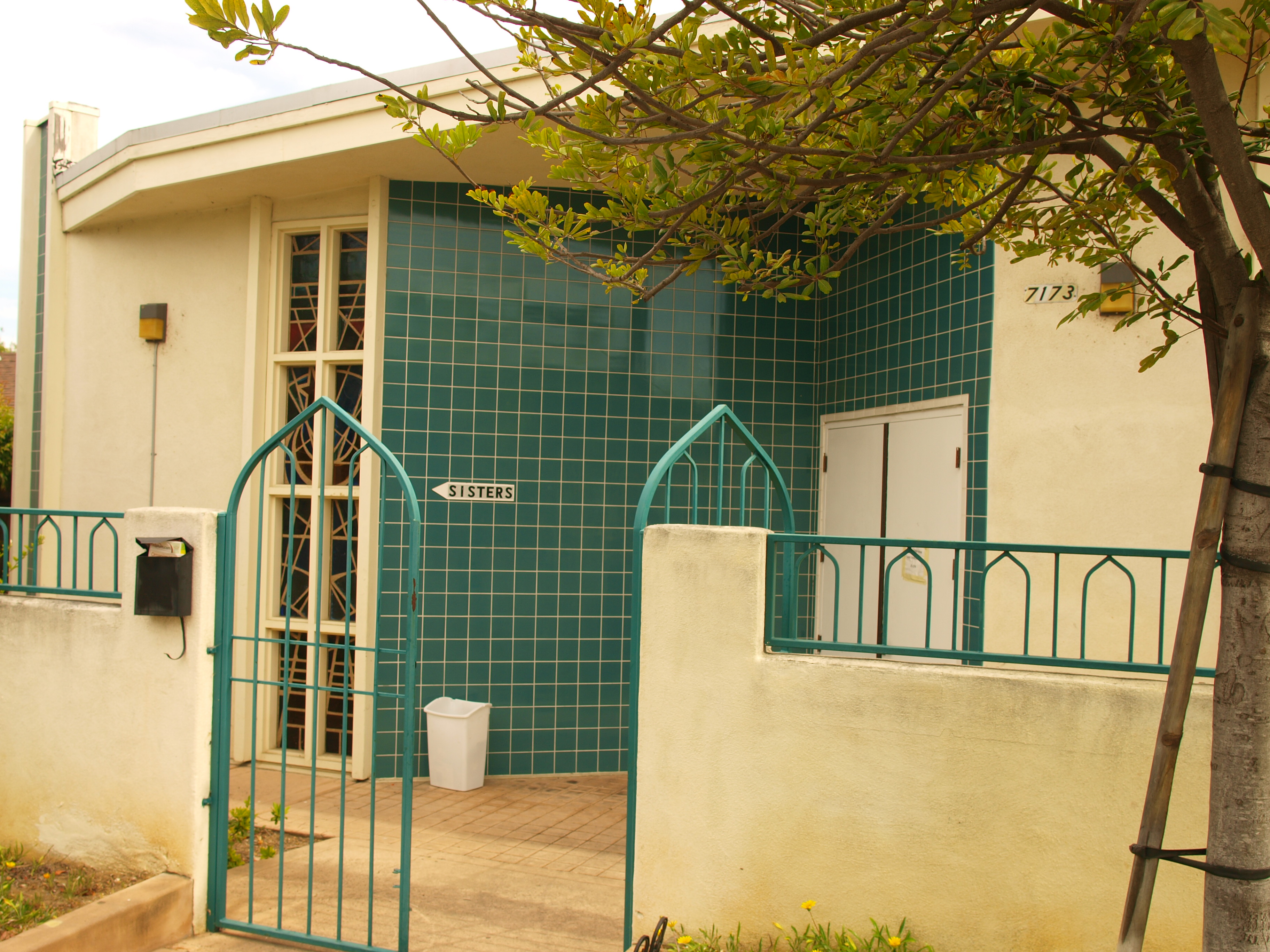 A passing yet poignant reference to SDSU in The Evil Hours.

Then in reading The Evil Hours: A Biography of Post-Traumatic Stress Disorder by David J. Morris, there are a couple of references to SDSU and even North Park, a neighborhood where I spent a lot of my time. The page pictured at left mentions an Iraq war veteran who is attending SDSU while grappling with PTSD at a Mission Valley clinic that deals with Cognitive Processing Therapy.

Both of these SDSU references are actually part of a unified larger continuum of the pre and post-9/11 era. Al-Awlaki was living in San Diego, the West Coast heart of the military-industrial complex, and met with al-Qaeda suicide attackers ostensibly well before he himself was radicalized. Now there are veterans of the terror wars attending the very same school where one of the world’s preeminent anglophone salafi-jihadi ideologues briefly went before ultimately leaving San Diego for greener pastures in northern Virginia.  From there he ultimately joined the global jihad in Yemen, his ancestral homeland.

The pivot point that pairs these two phenomena is the strategically horrendous blunder of invading Iraq. Al-Awlaki had initially been sympathetic to the victims of the 9/11 attacks–at least publicly– particularly in the context that a widespread domestic backlash to mass casualty salafist terrorism on the American homeland would have on the American Muslim community writ large. Nor did he loudly decry the American-led military response against the Afghan Taliban immediately thereafter. From his redoubt in Yemen many years later, al-Awlaki stated, “with the invasion of Iraq and continued US aggression against Muslims, I could not reconcile between living in the US and being a Muslim” with no mention of the intervention in the Afghan civil war in which al-Qaeda thrived.

The size of the American military footprint in urbanized Iraq with its rather highly concentrated population centers in comparison to that in Afghanistan was vastly greater, thus resulting in a far higher casualty rate on both sides. With San Diego County’s network of military installations including Camp Pendleton, Marine Corps Air Station Miramar, Naval Base San Diego and so forth, San Diego would transform into a hub for returning veterans of the terror wars. So my one-time hometown, the city and university where I lived my happiest days, is deeply connected to both the before and after of 9/11 unlike perhaps any other place in the country.

SDSU is not brand name, haughty ivy league institution that connotes automatic success accompanied by lifetime bona fides. It is a large, inexpensive, egalitarian school where you have to make your own way, where there is no guarantee of even graduating between the sun and the party lifestyle that are entwined with enrollment and the natural geography of the campus. SDSU is not Harvard to be sure, and that’s part of what I’m proud of about having been a student there. A unique place where skateboarders, soldiers and a future salafist have all mixed at one time or another. I don’t know any other place like it.