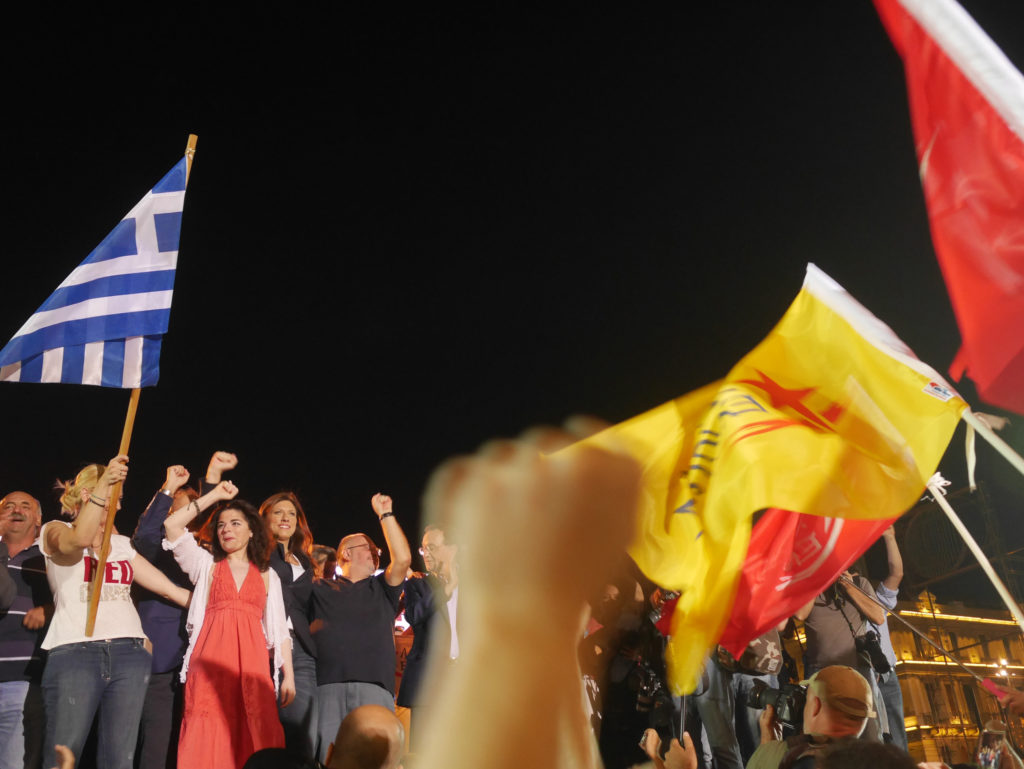 A Popular Unity rally in central Athens this week. This party is a splinter from Syriza whose members felt betrayed the idea of railing against harsh austerity measures. ©2015 Derek Henry Flood

Athens- I’ve just spent the last three weeks in Greece and it felt as if I visited two distinct worlds between the whitewashed and azure Cyclades and the gritty bustle of Athens on the mainland. Greece is enduring simultaneous crises with debt issue with its tug of war with the so-called troika of the European Central Bank, the International Monetary Fund, and the European Commission and the refugee-migrant situation located primarily in the Dodecanese island chain and the Macedonian border.

With 19 parties competing for votes in Greek parliament, the election, like to conflation of genuine war refugees (Syrians) with ordinary economic migrants (Bangladeshis) and political asylum seekers (Eritreans), is likely to be a muddled affair. Greece like other Mediterranean states, has a rather extreme political pendulum that swings widely between right and left. The middle ground often seems vacant, at least to an outside observer. 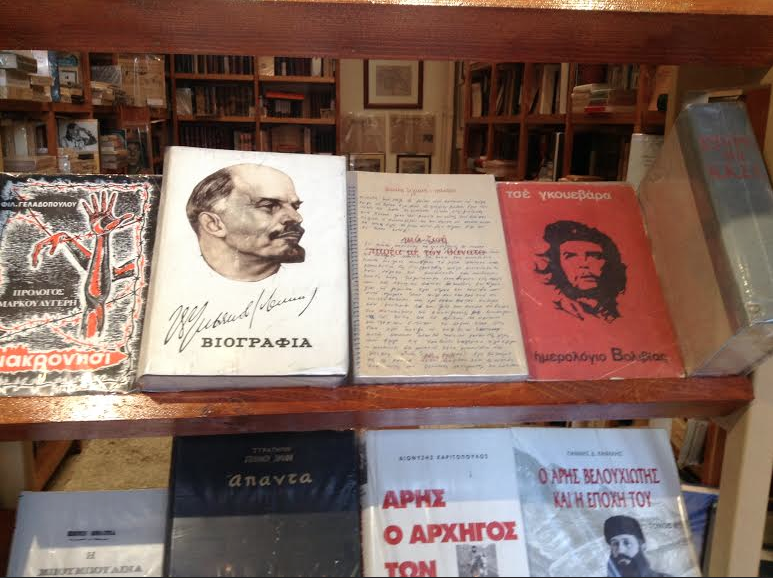 A leftist bookstore in the Exarcheia neighborhood in Athens. ©2015 Derek Henry Flood

In the docile Cyclades however, the feel of political and economic instability is buffeted by the massive annual influx of summer tourism which now includes a significant number of BRIC nation visitors, many of whom are traveling the Mediterranean world for the first time. Where once stylish Japanese backpackers with shredded jeans and long hair mimicking the original Western travelers of the sexual revolution plodding along solo or in pairs, in their place today are huge Chinese tour groups from the emerging middle class donning flat colored outfits with huge visors and umbrellas to shade their fair skin from the unrelenting sun. The shift of the economic balance in northeast Asia coupled with the Greek isles’ appetite for mass market tourism has ushered in a new era. From the small prism of visiting Greece over two decades I have seen the world change.

Athens has a distinctly different, hyper politicized feel about it than the island chain to the south. The city is plastered with an unending stream of posters from anarchists, traditional communists, and anti-fascists supporting the YPG in northern Syria’s Jazira canton. Graffiti is ubiquitous as is mainstream Greek political bric-a-brac. But one thing united the people making a living from tourism on the islands and Athenians in a maze-like urban grid: a good number of people I spoke with seemed certain Greece was destined be booted out of the eurozone to return to the drachma. Several Greeks told me the inevitable currency reversion was on the horizon and that much of the uncertainty was not about if this would happen but when. 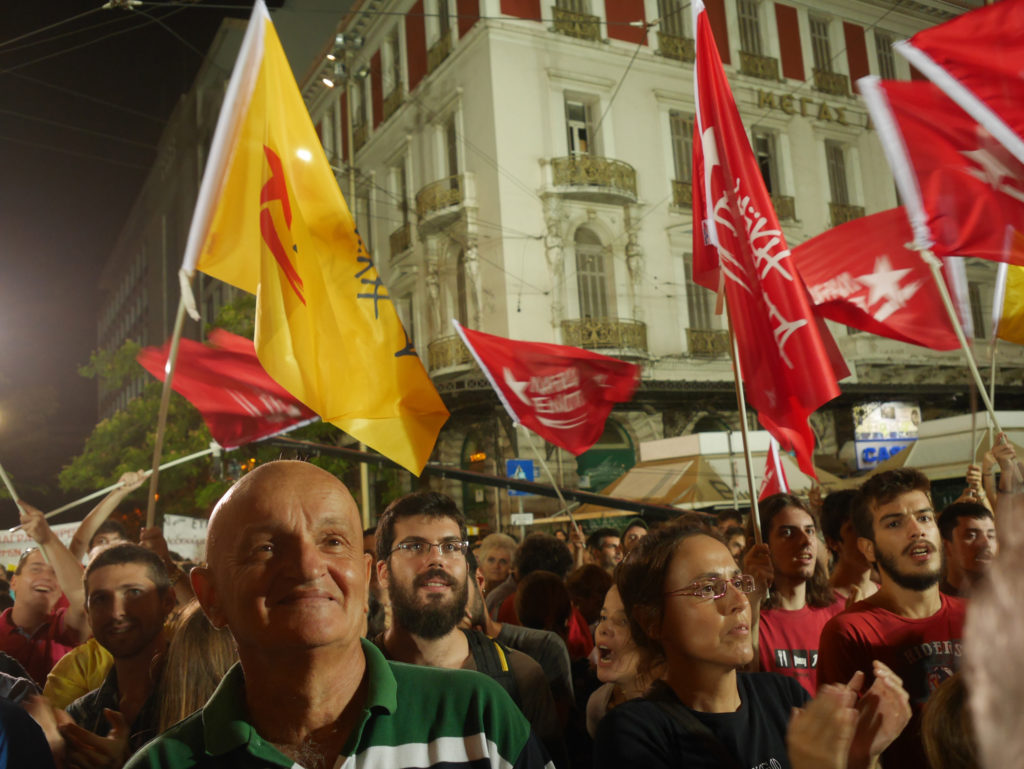 Popular Unity supporters make their voices heard and sing along to Greek patriotic songs being played (very loudly I must add) by the array of politicians onstage.. ©2015 Derek Henry Flood

People were slightly less concerned about the refugees and migrants arrive by the thousands because of the meme that they all desired to be in central or northern Europe. of course I didn’t go to Kos, Lesvos, Samos, Rhodos are any of the islands directly affected so the sentiments in the Dodecanese may wary greatly from those in the more isolated Cyclades or cosmopolitan Athens. Whoever I spoke with in the last three weeks in the Hellenic Republic felt that their nation-state was going through a painful, humiliating period of political and economic uncertainty that must end at some point. Resentment is directed everywhere form Angela Merkel and Germany writ large, to eurocrats in Brussels, to corrupt local politicians who failed to protect Greek citizens from becoming so vulnerable to market diktats.

A giant banner of former PM Alexis Tsipiras hangs at dusk in downtown Athens. Greece braces for snap parliamentary election on Sunday amidst the debt and migrant crises. The elections will then lead to the selection of a new Prime Minister following the resgination of Tsipras in August. ©2015 Derek Henry Flood