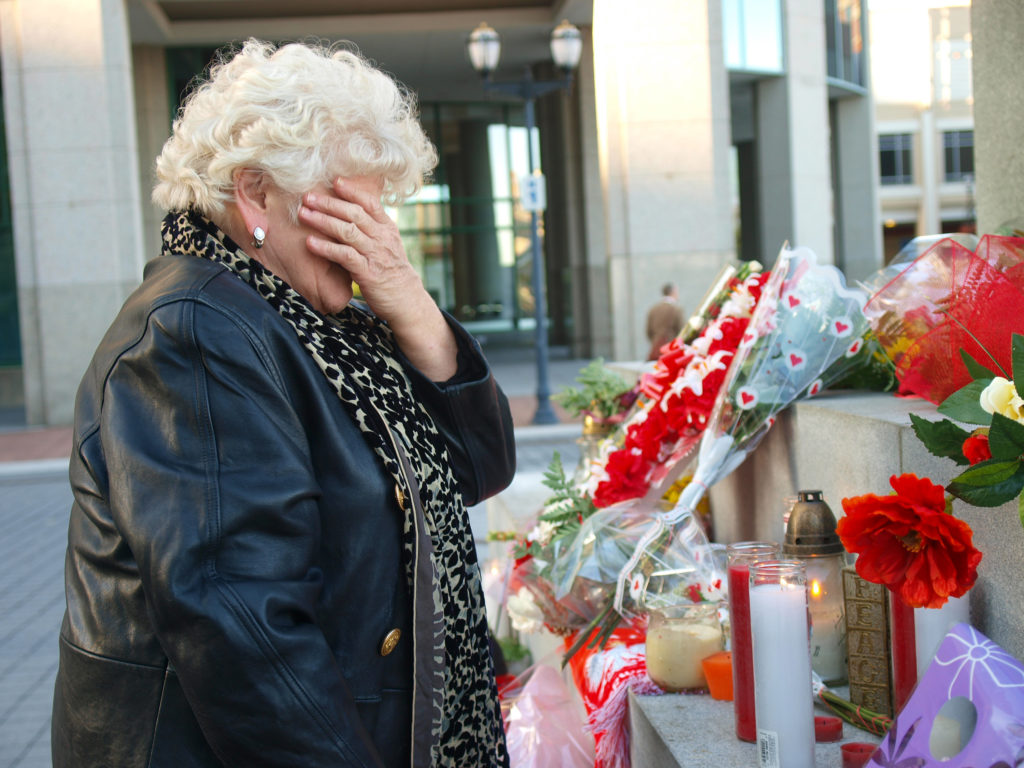 A woman is overcome with grief at the decapitation of the Polish leadership in the Katyn forest as the grim coincidence reverberates with Poles around the world. ©2010 Derek Henry Flood

New York- Many people who are not Poles or who lives outside of the western post-Soviet space were not previously aware of the Katyn forest massacre in the context of Russian-Polish relations. I myself used to know nothing about this Stalinist tragedy in the midst of the second World War until about five years ago when I happened upon a massive, dramatic bronze sculpture in Jersey City, New Jersey, directly across the Hudson River from lower Manhattan. The statue is dedicated to the Polish officer corps and soldiers who were slaughtered on orders of then NKVD (predecessor of the KGB-now FSB) Lavrentiy Beria, Stalin’s number two enforcer. Beria, a perennially cruel Mingrelian thug from Abkhazia, engineered the decimation of Poland’s military leadership. On April 10, Poland’s current president Lech Kaczynski was flying to the Smolensk Air Base in western Russia for the 70th anniversary of the massacre to honor Poland’s martyrs from April 3rd, 1940 when his plane went down in this same cursed forest. After it had been reported that all aboard were killed, I knew there would be a vigil of New Jersey and New York-area Poles at the Katyn Memorial. 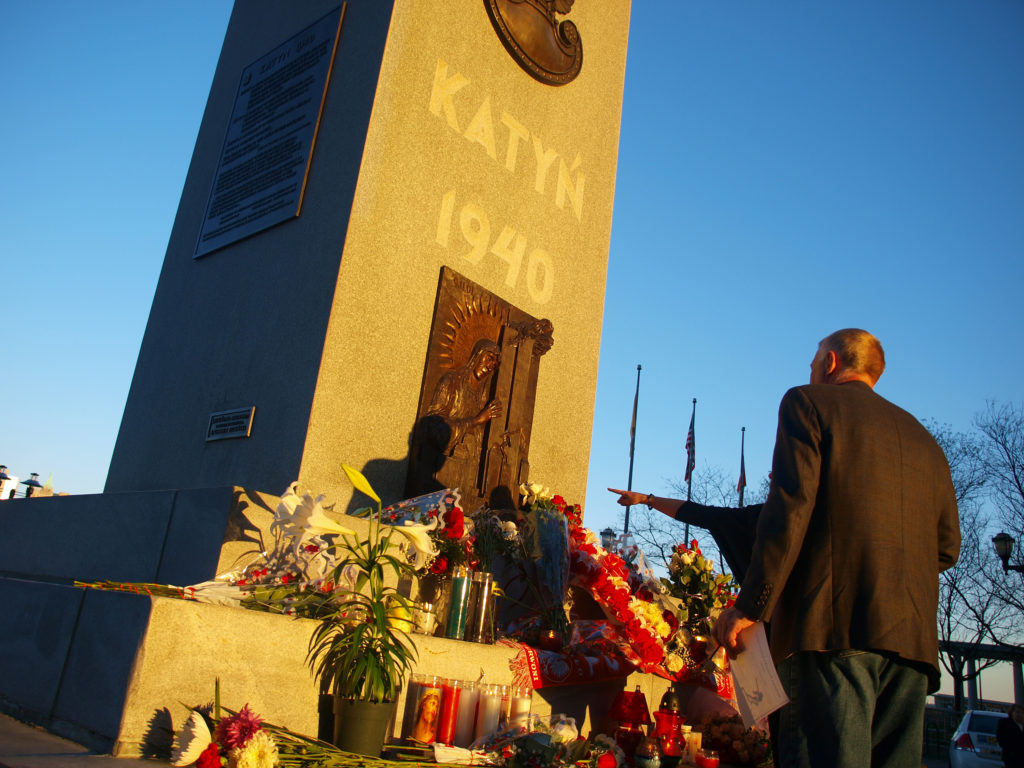 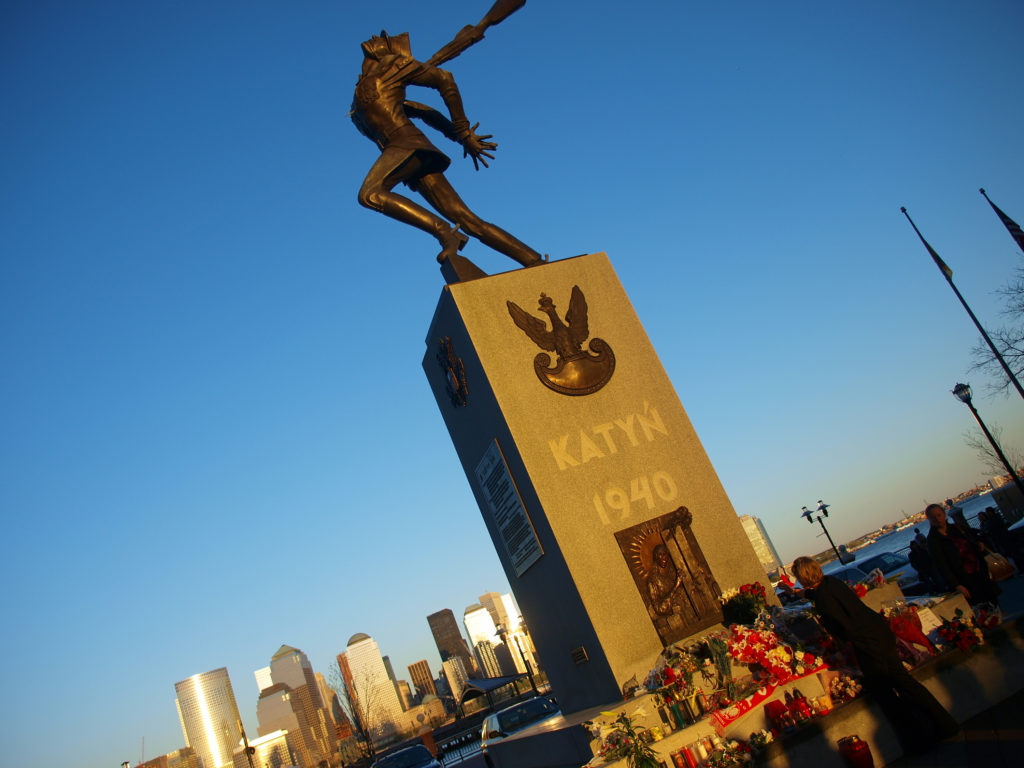 New York-area Poles gather on the evening of April 10, 2010 at the Katyn forest massacre monument in Jersey City by sculptor Andrzej Pitynski after the death of Polish president Lech Kaczynski in a plane crash in Smolensk Russia while he was en route to commemorate the 70th anniversary of the massacre of Polish soldiers by Joseph Stalin and Lavrentiy Beria.