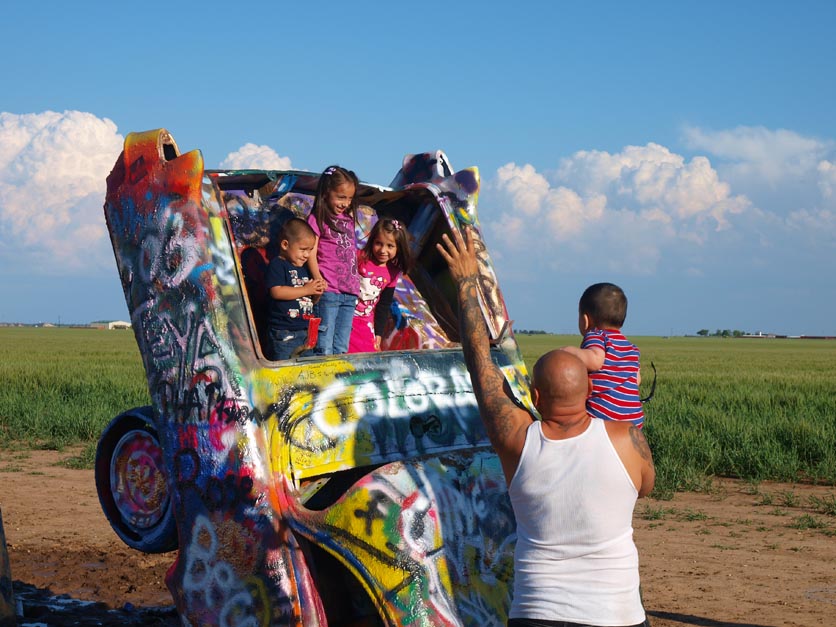 A heavily tattooed Texan cholo puts his children in the trunk for a photo op (not realizing it was my photo op also). ©2010 Derek Henry Flood

Amarillo, Texas- Made a quick stop at Cadillac Ranch, the roadside public art installation off the I-40 in the center of the Texas panhandle. Of course, it’s a cliche visit but that’s the fun of this spot. I was more interested in how other people viewed and interacted with the ten cars covered in a riot of Krylon. The quintessential “been there, done that” experience and enjoyable for just that reason. The Cadillacs to me symbolize the built-in obsolescence of American materialism to which the naively idealized era of the mid-1950s often stands for. Maybe one day there will be a Hummer Ranch???

Children scurry through the future of yesterday. ©2010 Derek Henry Flood

← The Gates of Time
Getting My Kicks… →