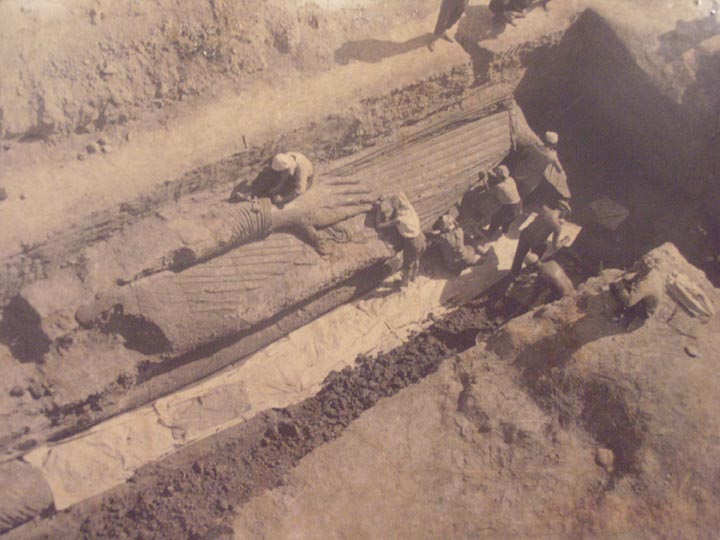 Dushanbe- I took a quiet stroll through Tajikistan’s Museum of National Antiquities this morning after a friend here told me about a giant sleeping Buddha there in what I guessed would be the incredible Hellenic-Buddhist fusion of the now long gone Bamiyan Buddhas that once stood in the wind swept Hazarajat. So for 15 Somoni (just above $3) and covering my filthy New Balance’s with those surgical cover things, I toured the museum which had everything on display from neolithic adze’s to Tajikistan’s Persian-Islamic period. But it was all about the giant Buddha. What we mostly know about Tajikistan is some of its Soviet-period history and maybe a little about its five-year long devastating civil war (1992-1997). I want to get a little more insight into the country’s pre-Islamic history to get a better picture of where it fits into regional history and present day geopolitics. Ancient trade and cultural links have tendency to mirror post-Soviet revived present day ones and for this reasoning, a quick study of the museum’s pieces was in order. On the second floor, the Buddha lay in nirvana in his “sleeping lion” position in all of his reconstructed glory. This hulking 13 metre-long sculpture was discovered near Qurgonteppa in the country’s south, wedged in between Uzbekistan and Afghanistan (see map). 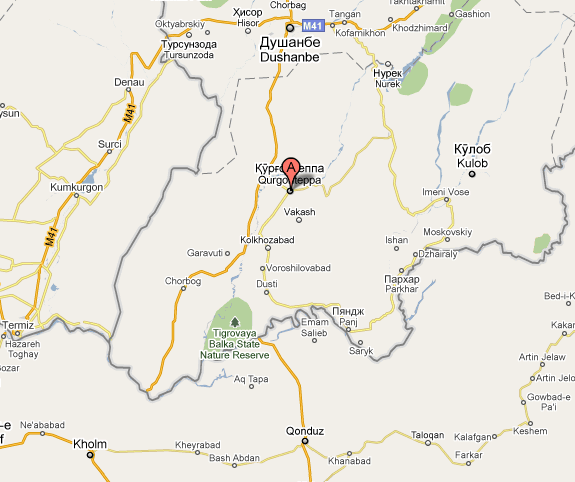 Seeing this made me think of the legend of the mega sleeping Buddha believed to be hidden somewhere in Afghanistan’s Bamiyan described by Xuanzang, the first Chinese backpacker, in 630 AD.  In September, 2008 a 19 metre Buddha was discovered near where the two standing ones were demo’ed in March 2001. Not quite 300 metres, but still, not too shabby. Large parts of the Tajik Buddha did not survive the centuries but were artfully reconstructed to give one a good idea of the ancient sculptor’s original vision. The museum had a lot of interesting pieces to say the least. Here’s another one, a scabbard of a griffin that looks to be of ivory. 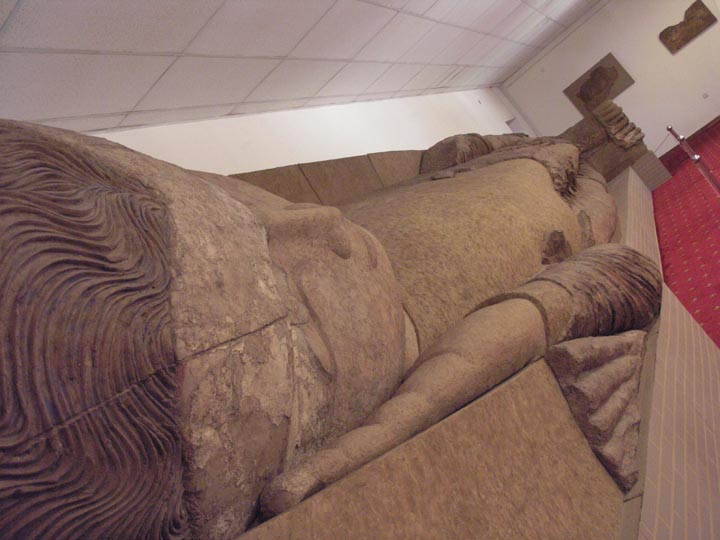 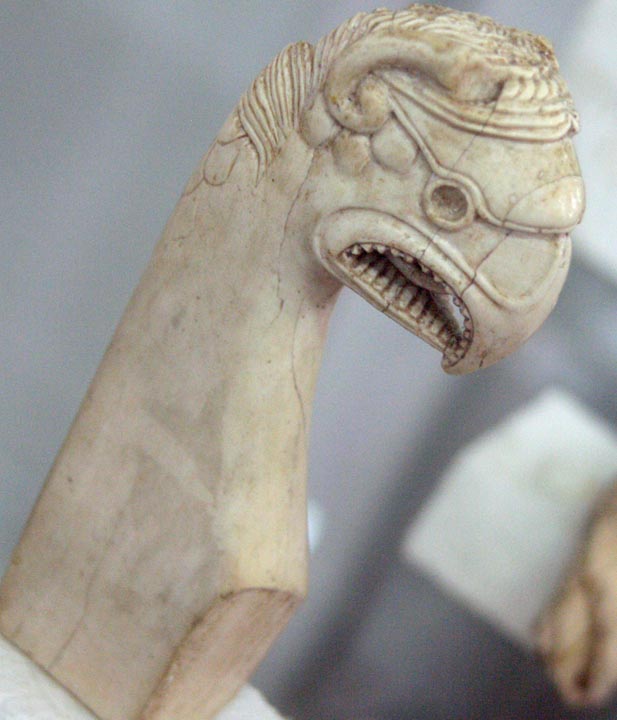 The labels in the museum were mostly in Russian and Tajik and not extensive to say the least. But I had much better luck than Asia Times columnist Pepe Escobar in 2001 who was in Dushanbe just before the museum opened and was unable to see this piece of nirvana.

On a totally unrelated note, I have a new piece in today’s Asia Times:

← Da svedanyia Bishkek, Zdrastvuyte Dushanbe!
Another Day in the Very Uneven Distribution of Wealth and Democratization →