New York-Last night some bar fly friends and I were screaming this tune on a freezing Brooklyn sidewalk at some ungodly hour. None of us could come close to remembering the full lyrics. “Snow in Africa….do they know it’s Christmas time at all…the other ones…” Earlier this year, taking a bit of a break from the revolutionary Arab world, I spent some time in Ethiopia, a place that had occupied my imagination…well…since this Band Aid video. Twenty-seven years after Bob Geldof and co tried to save rural Ethiopians from  Mengistu Haile Mariam’s vile Marxist Derg junta, plenty of people in the Ethiopian highlands still depend on food aid from the developed world.

I visited the lauded rock hewn churches of Lalibela and was almost more taken aback by the sprawling feeding center just outside of the little town that I wandered into. Ethiopia has obviously come a long way since the Derg’s civil war era but Meles Zenawi is certainly no saint and Isaias Afewerki is just plain crazy it seems (Note: the two big men are cousins). Ethiopia’s stalemated conflict with Eritrea, its lack of any port, military adventures in Somalia, and being located in an all around unstable neighborhood has kept most kinds of development at bay (save for communist China as of late). Come on Meles and Isaias, don’t you guys know it’s Christmas time at all?? 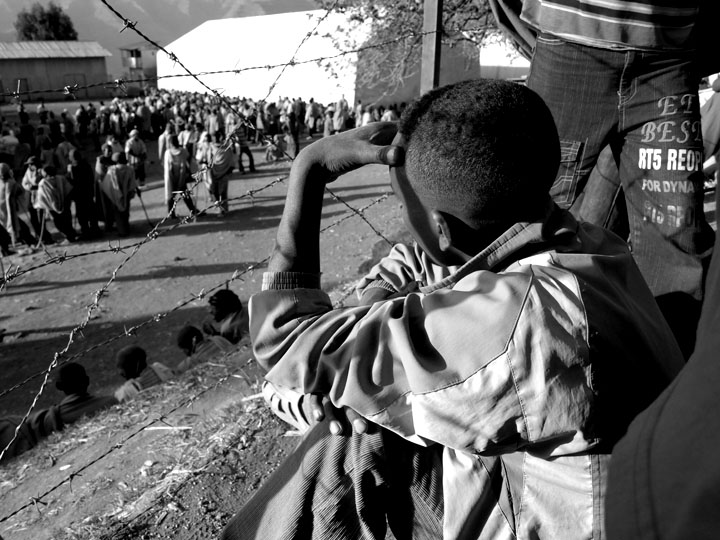 A child looks through a barbed wire enclosure around a feeding station in Lalibela. ©2011 Derek Henry Flood 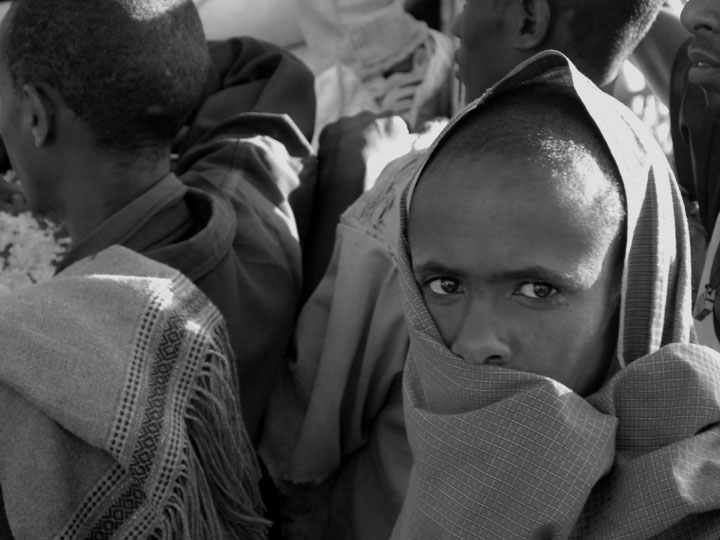 A young highlander queues up for a dispersement of food staples to make it through the hunger season. ©2011 Derek Henry Flood 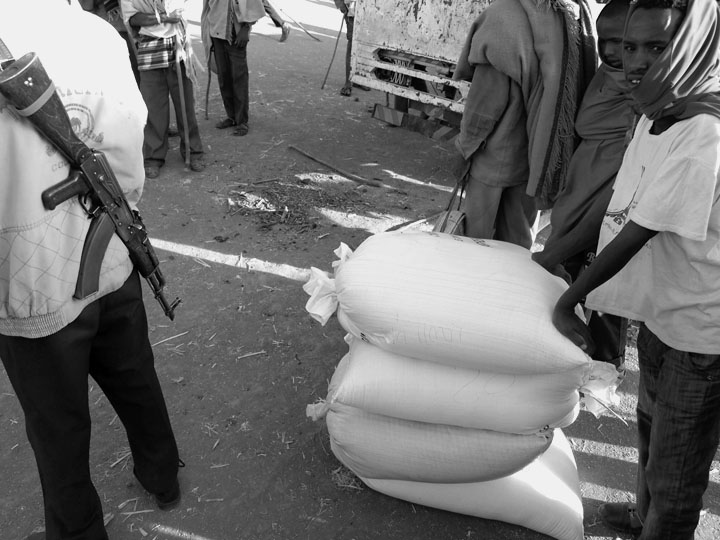 A Kalashnikov-laden security man tries to keep order as wheat is off-loaded outside the feeding center. To me this image represents a classic juxtaposition Some sort of "guns and butter" situation. ©2011 Derek Henry Flood 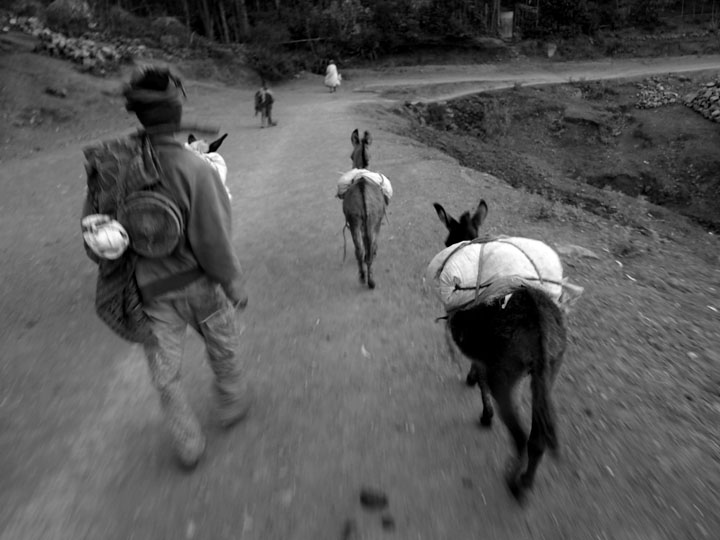 Wheat handouts are then packed onto waiting mules and transported to the surrounding villages at dusk. ©2011 Derek Henry Flood 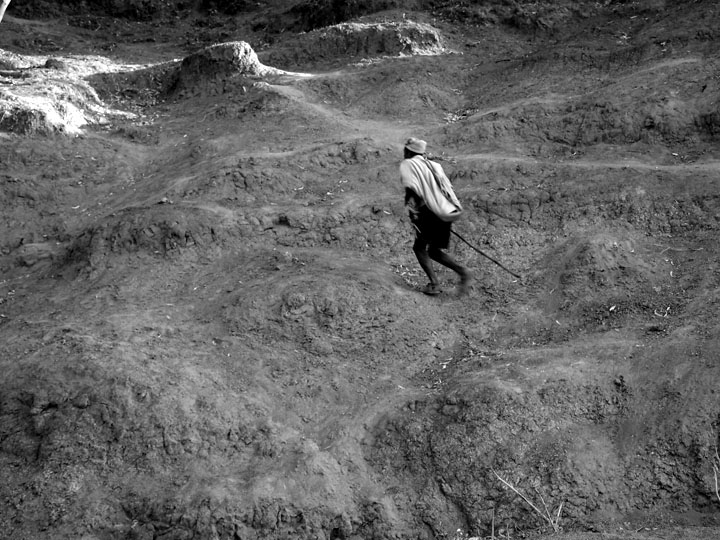 ← My France24 Interview
May Auld Acquaintance Be Forgot →