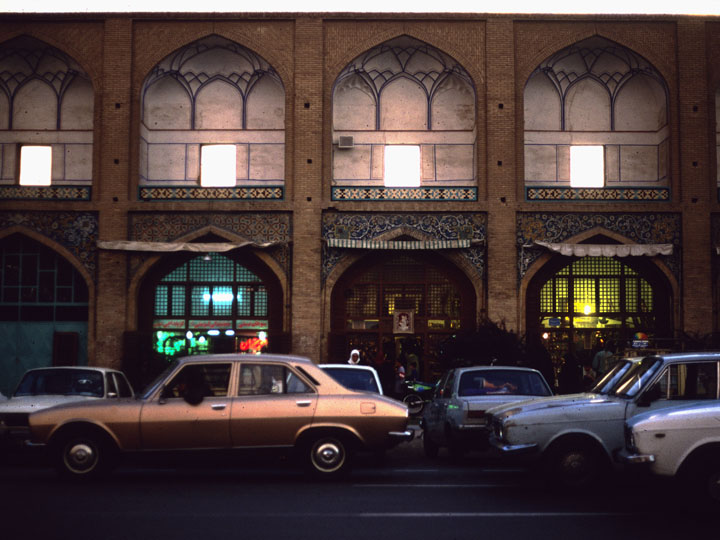 New York- In the summer of 1999 I embarked on an ambitious backpacking trip attempting to travel from London to Lahore entirely overland/water. The second to last leg of this rambling adventure was securing a visa for the Islamic Republic of Iran, the preferred exonym of the country’s post-1979 clerical revolutionary rulers. I anxiously applied for a transit visa (a tourist visa would’ve been much harder to come by at the time) at the Iranian embassy in Ankara and was gruffly informed the process could take as long as several weeks-which seemed like an eternity at that age.

In the interim I travelled extensively around southeastern Turkey/Kurdistan, skirting along the Syrian, Iraqi, Iranian, Azeri, and Armenian borderlands. I was just scratching the surface of both Eurasia’s utterly complex, divisive histories and my interest in photography. For I wanted not to be a photojournalist showing the world bursting at the seems, but a photographer using gorgeous imagery composed of diverse human and physical geography that emphasized man’s commonalities.

If I had envisioned myself as a war correspondent then I would have gotten myself into Kosovo that summer, rather than giving the Balkan conflict a very wide berth in circumambulating through the Italian peninsula when traveling from Budapest to Athens. To me at the time, wars were transitory events and historical epochs seemed eternal.

After 15 days of traveling through vast swaths of Turkey completely devoid of the hordes of ANZAC backpackers frolicking in Istanbul and its party-all-the-time West on the notorious Fez Bus circuit, I was finally granted an Iranian visa. But with my fall university semester quickly on the horizon back out in San Diego and having already traveled to Doğubeyazıt on the Turkey-Iran border, I had to fly to Tehran’s Mehrabad Airport in order to save time and have enough days to travel through nearly all of Pakistan afterward and return to California in time to sign up for that fall’s classes.

Arriving in Tehran, I then embarked on a massive road tour via the country’s bus network that would eventually have me riding in a Balochi smuggler’s Toyota Hi-lux truck to the Mirjaveh/Taftan border and crossing a mind-blowing civilizational boundary separating the Iranian plateau from South Asia on foot. There are richer elements to this story but I am leaving them in my long form, as yet unpublished book project. I stumbled on these photos while working on another project and felt like throwing up a few images to remind myself of this hopeful time period if nothing else. 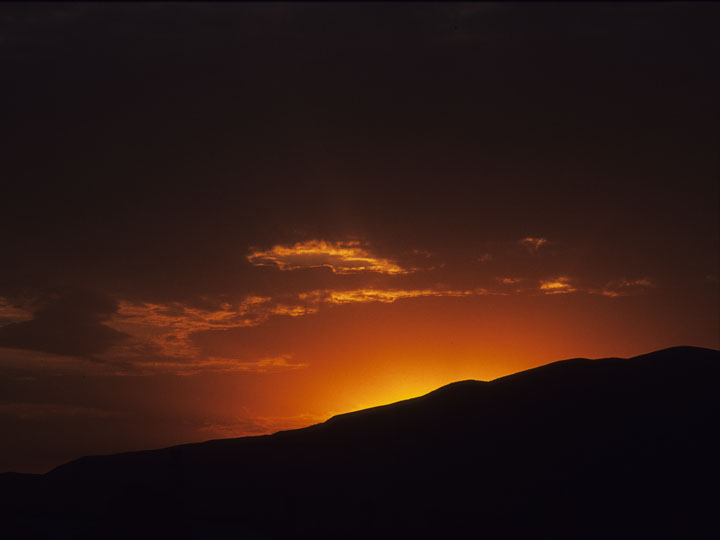 The sun sets behind the hills of Shiraz, in southern Iran’s Fars Province. I would do anything to retreat back to this era where everything still seemed possible. A Dialogue Among Civilizations had a much nicer ring to it than a Global War on Terror. ©1999 Derek Henry Flood

A man peers into the void of the now destroyed Arg-e-Bam (Citadel of Bam) after having observed the total solar eclipse when the diameter of the Moon completely obscured that of the Sun in broad daylight on August 11, 1999. The Citadel was later leveled in the Boxing Day earthquake of December 26, 2003. ©1999 Derek Henry Flood 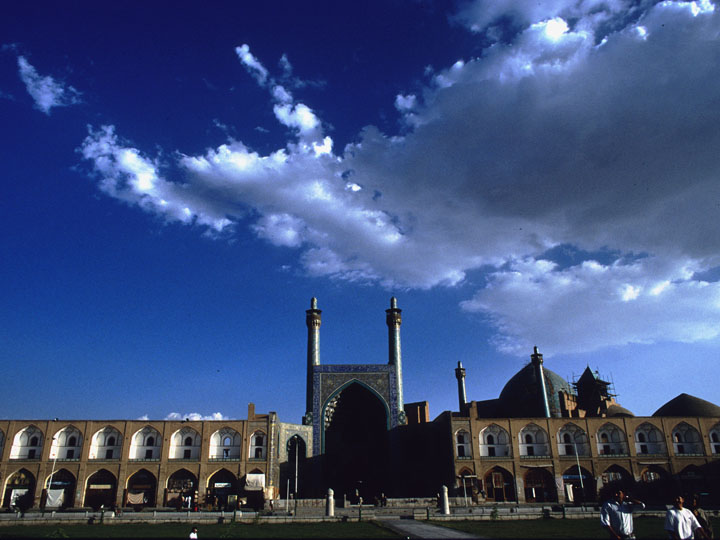 What pictorial on Iran would be complete without an image of the storied Persepolis? A chador-cloaked woman saunters through to ruined columns of the ancient Achaemenid capital in Fars Province. The über decadent party held here by Shah Reza Pahlavi in October 1971 to celebrate Cyrus the Great’s founding of the Persian monarchy 2500 years previously is thought by some to have been one of the initial sparks of the Shah’s undoing. The SAVAK-supervised four-day event rankled a then relatively obscure ayatollah exiled in Najaf, Iraq named Ruhollah Khomeini who was infuriated by the whole affair. ©1999 Derek Henry Flood 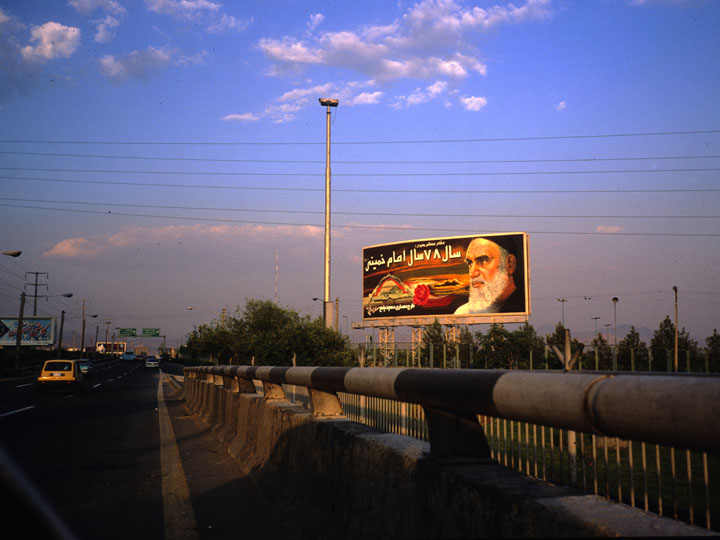 I arrived in Iran just 10 years after Khomeini’s mass funeral and his clichéd glowering visage was everywhere. Whereas in California such public space would be adorned with images aimed a crass consumer society, in Iran, a white beard who barely smiled extolled the virtues of sacrifice and martyrdom within the bounds of his own sculpted millenarian Shia context. ©1999 Derek Henry Flood 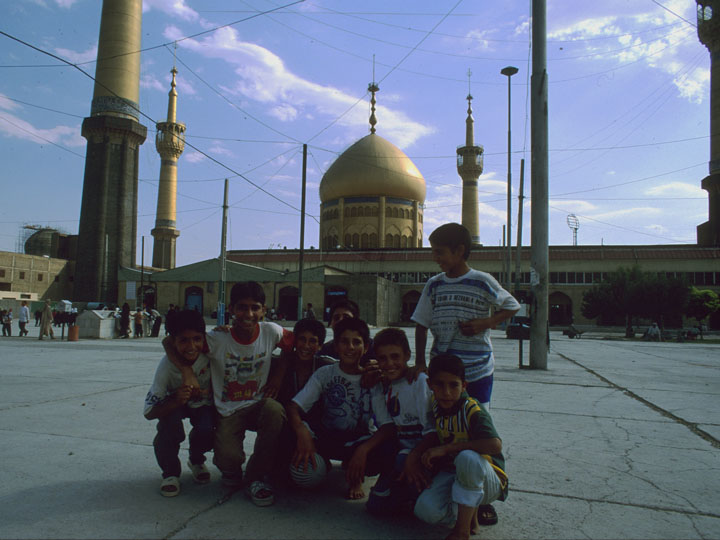 A group of boys jubilantly pose in the courtyard of Khomeini’s elaborate mausoleum set within the Behesht-e Zahra cemetery complex. These random kids are all adults now and could have ended up anywhere from foot soldiers in the IRGC to members of the dissident Green Movement or anywhere in between.  ©1999 Derek Henry Flood

← Viewing Syria Through the Chechen Prism
Politics in Pakistan →