I dug up and scanned this picture from exactly a decade ago. As a youthful stunt, I scrawled “God Bless America” on a t-shirt and ran in front of the “Den of Spies” aka the former American embassy in Tehran. I handed the cab driver a tiny point-and-shoot camera and he took my picture from across the street. I’m obviously too far away to read the shirt but you can still see the old U.S. government seal over my shoulder. The taxi driver was freaked out at the idea of being caught but when we sped away he thought it was funny that I got away with it. I was in Tehran a few weeks after the student uprising of July 1999 and the whole city was on edge. I tipped him an extra 10,000 Rials for his trouble. Ahh the Clinton years were fun weren’t they? Too bad Bubba and Khatami never did have their “Dialogue of Civilizations.” Today is the 10th anniversary of the five-day long uprising that rocked Tehran and spread to other cities after the closure of a pro-reform newspaper. When I visited Iran a few weeks later, virtually no one spoke of the government’s horrendous repression and business seemed to be going on as usual in the bazaars and mosques during my stay. 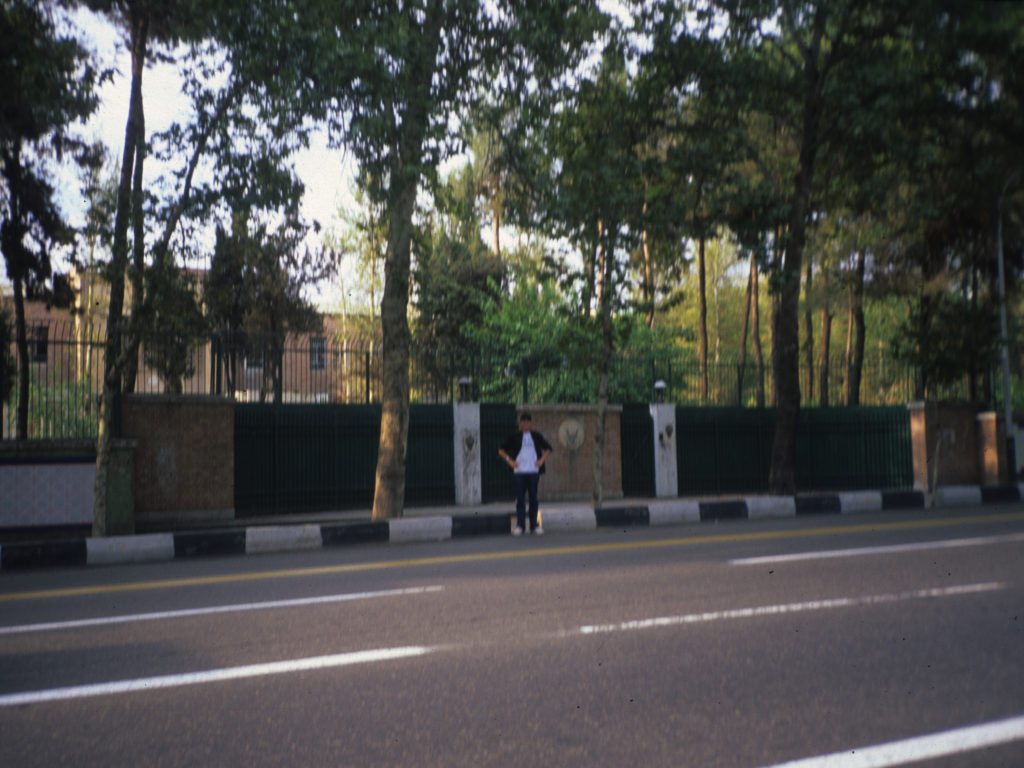 Me standing in front of the "Den of Spies". ©1999 by Iranian Taxi driver 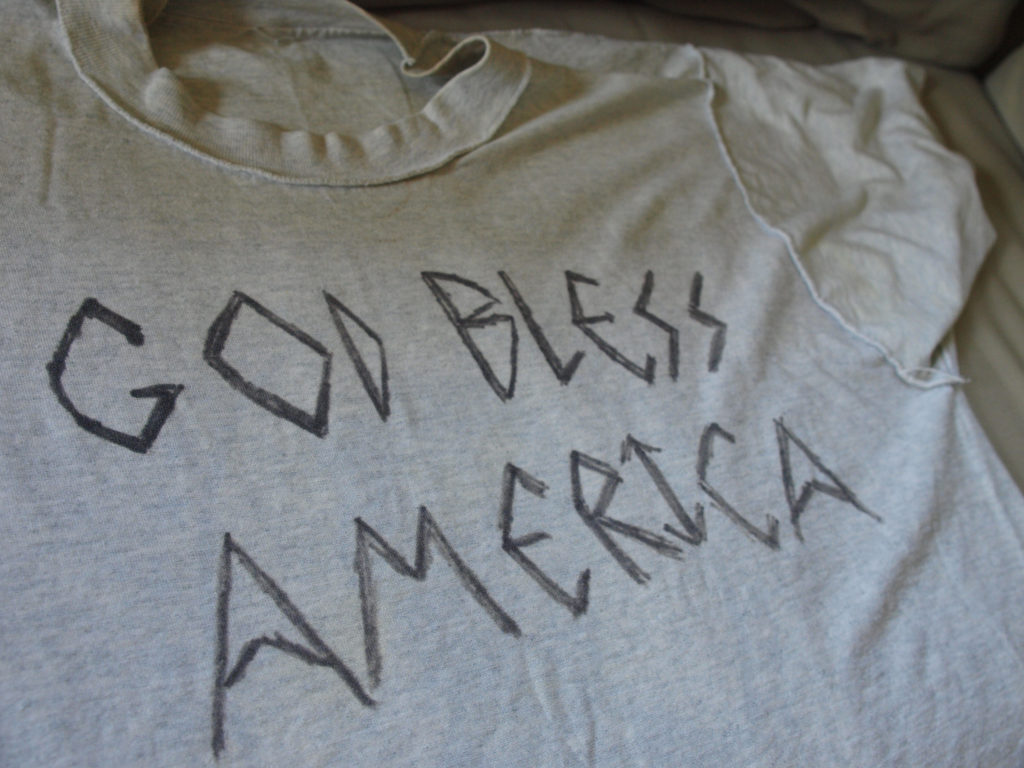 ← Can the U.S. and Russia ever get on?
New Piece in DJ July Issue →