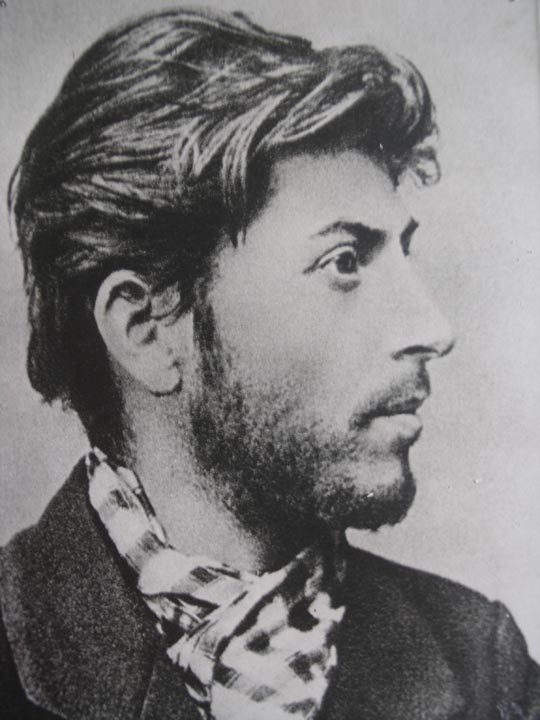 Profile portrait of Stalin as a young Bolshevik after his arrest in the Stalin museum in Gori, Georgia.

Gori, Georgia-  This photo hangs in a museum that has not been updated since it opened thirty years ago at the twilight of the Brezhnev era. It is the B-side to the photo on the cover of Simon Sebag Montefiore’s Young Stalin. There has been a rather sizable reported uptick in revisionist pro-Stalin sentiment in Russia as of late and the BBC is reporting that this may create a small crack in Moscow’s otherwise unrepentant leadership. 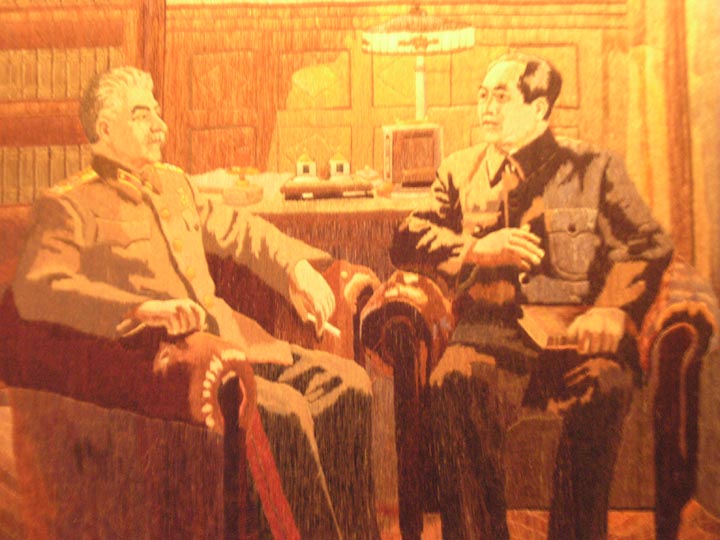 Does it get much more twisted kitsch than this? Stalin having a smoke and chilling with Mao.