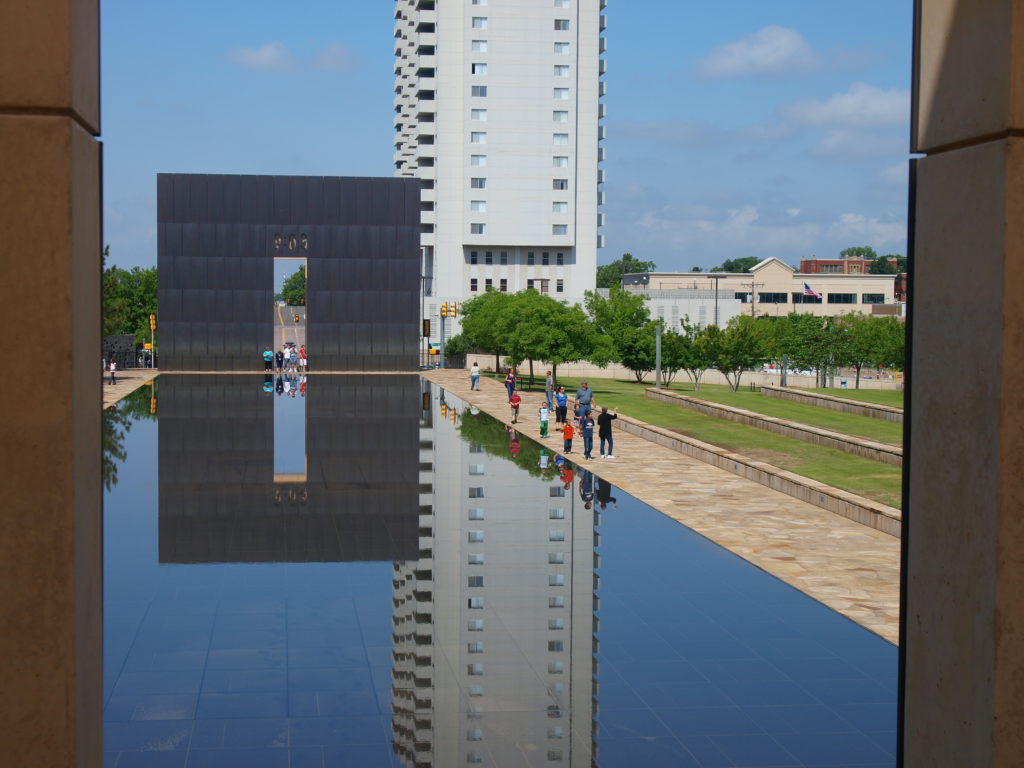 The Oklahoma City National Memorial, photographed on a glorious spring day in May 2010. ©Derek Henry Flood

New York- It’s such an obvious thing to say but it’s really hard to believe it’s been two solid decades since the Oklahoma City bombing on April 19, 1995. I viscerally remember sitting in the dormitory at San Diego State University when a friend had the news on. He was from Fontana but had Oklahoma roots and was deeply saddened. I remember that one crackpot analyst being so sure that it was Islamist (Salafist in today’s speak) in nature and how incredibly wrong he was.

That vast tragedy overshadowed the 1993 World Trade Center bombing in terms of both the number of casualties and the fact that it forced–for a time–a paradigm shift about how we think about terrorism. With the East Africa bombings in August 1998, the threat of domestic terrorism was once again diminished in the face of an external threat. Al-qaeda with its obscurantist worldview was seemingly more easily interpreted from a national security standpoint than those in league with Timothy McVeigh and Terry Nichols. Those whose duty it is to protect the land from attacks must be analytically agile and intellectually nimble in order to reevaluate the constantly shifting threat landscape.

The memorial is beautiful yet somber. It is a symbol of tragedy and renewal.