A Libyan rebel injured at the front in Brega is rushed into Ajdabiya hospital's emergency room as the city braces for an assault from Qaddafist forces on Sunday, March 13, 2011. ©2011 Derek Henry Flood

Ajdabiya & Alexandria- I did one last trip toward the front on Sunday and it was a near disaster. I joined up with an Englishman working for AFP and an Andaluciana from El Periodico and we tried to make our way to Brega. We were met with a lot of hostility at Ajdabiya’s western gate by rebels who not only said they could not guarantee our safety but implied they might shoot us if we defied them, I suppose as a way of showing just how seriously unwelcome we were. I didn’t even pop the lens caps of my cameras and didn’t even feel comfortable busting out my notebook. I told my colleagues du jour that we needed to cut and run back to Ajdabiya proper lest we attract more unwanted attention. I wanted to shoot a few final portraits of fighters for the photo series I have been working on but it was not worth the trouble. We had the idea to head to the city’s small hospital and speak with the administrator and look into the casualty situation. It was a grim scene to say the obvious least. As rebels from the front were being sped up to the entrance by comrades-in-arms, Abdullah, the incredibly kind Afro-Libyan man in charge of the facility, led me into the morgue where the war’s earliest unclaimed dead lay silently in massive rectangular refrigeration units. Standing in the frighteningly silent space, prayers were uttered and anxious men milled about cursing Qaddafi to hell and I looked at them and said that Qaddafi was shaitan, Arabic for Satan, and they nodded vigorously in agreement.

The smell of slow, cold decomposition mixed with that of harsh cleaning solvents and visuals of very violent deaths these men suffered in the rebellion’s earliest days before the first foreign journos arrived leads me to question the vast disconnect with the stagnation of bureaucrats back home and in the EU vs. the brutal reality on the ground and the courage of the Libyan people. A kind-hearted Libyan man explained to me in British-accented English how he and his friend were not fighters but were running supplies to the front, bottled water and snacks mainly, essential to the war effort, and that the world must know of the men in the morgue. I tried to delicately explain that no newspaper that I knew of would run these types of photos but that I would post them on my blog so the world cannot say that it did not know. I type this sitting in an art-deco style cafe in downtown Alexandria, amazed to have had not one but two hot, filling meals in the same day and be on wifi that does not need a satellite link in order to connect with the rest of the world. Coming into town last night, I had no idea this place was under strict military curfew and the van I was riding in from Benghazi with its Libyan license plates and gigantic Sanussi flag sticker on the rear windshield stuck out like a sore thumb as we were in a grid-locked checkpoint at 3am.

I finally jumped out of the vehicle out of immense frustration and a couple of Egyptian soldiers commandeered a local man to drive me the short way to my hotel. I threw him a 10-pound note and was relieved to doze off in a place where I was not worried about waking up in a pile of burning rubble from a Sukhoi or a Qaddafist provacateur. I am so glad to be here, even if this place is under martial law-lite. And yet somehow, I miss the amazing warmth of the Libyans amidst the raucous hustle of Egypt. Walking into the cafe just now, this kid came up to me claiming to want to “practice my english.” Revolution or no, this place has barely changed. BTW, the title of this post, like many of these blogs ramblings, in an homage to a book, this one by Anthony Loyd. It feels so strange to cross a political border and suddenly be in a place of relative normalcy. I was eating at an old greasy spoon here today and a groups of American and Canadian kids came strolling in for lunch, presumably AUC students on the loose, and then it hit me that although I’m still speaking Arabic, I’m no longer in a war zone. It’s an odd feeling.

To everyone who helped me in any way or made me feel welcome in Tobruk, Benghazi, Ajdabiya, Brega, or Ras Lanuf, I will never forget the kindness you have shown to me. One day, you shall be on the receiving end of justice. Until then, hold fast. You are a gallant people cut off from the world by a mad man, do not give up. My war gone by, I miss it so. 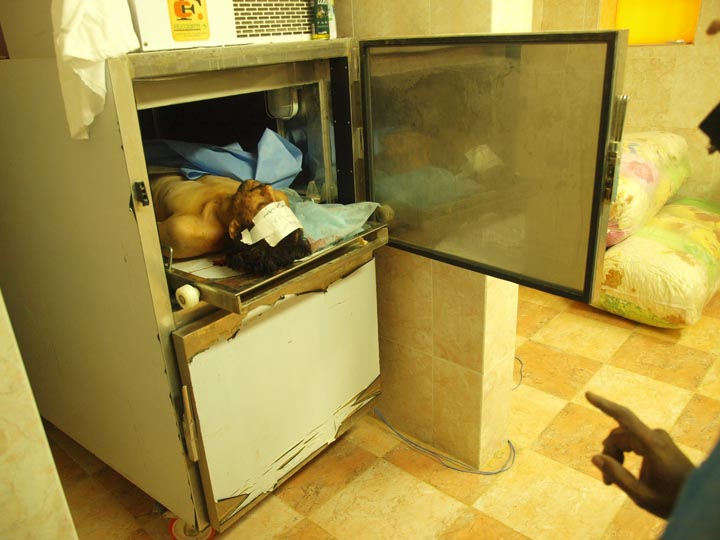 The mortician at Ajdabiya hospital displays a corpse for me that he says is of a civilian killed in the town in the uprising's earliest hours when there were no journalists present. ©2011 Derek Henry Flood 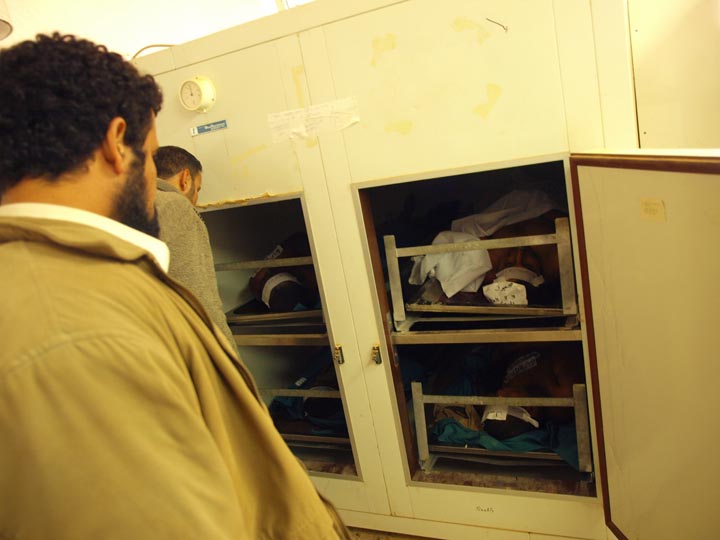 "The world must know." Unidentified men killed by the regime lay with numbers affixed to their foreheads in hopes of one day discovering their identities. ©2011 Derek Henry Flood 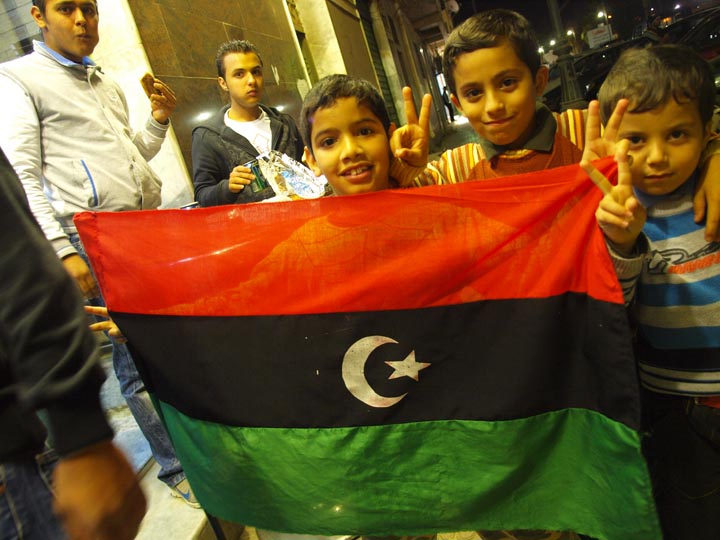 My last night in Benghazi. Something must be done. Now. ©2011 Derek Henry Flood