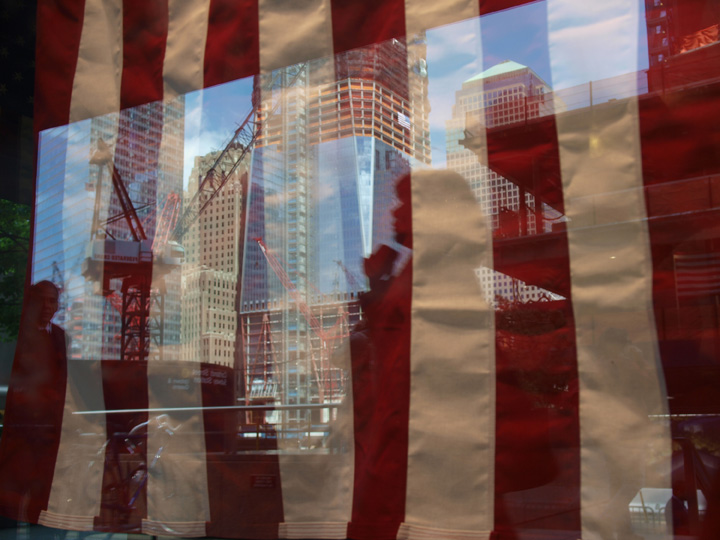 The new WTC tower reflected in window of the Brooks Brothers store against backdrop of an American flag during President Barack Obama's visit to Ground Zero following the killing of Osama bin Laden. ©2011 Derek Henry Flood 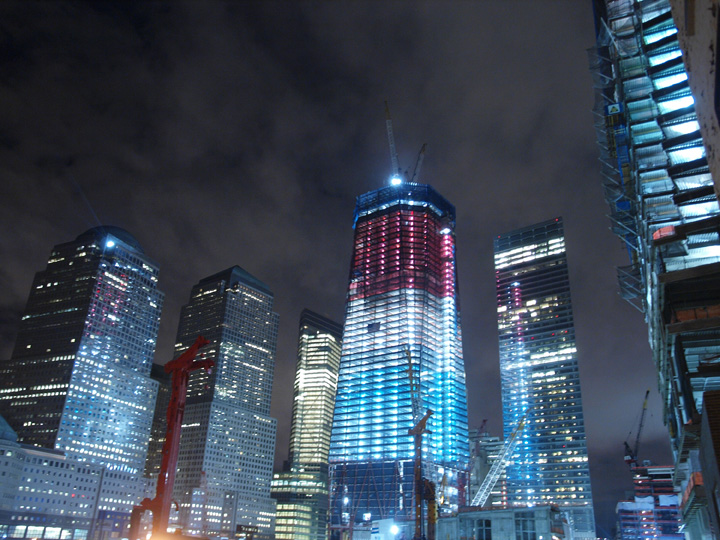 Following the killing of Osama bin Laden, the partially built new World Trade Center tower is lit up in the colors of the American flag in preparation for President Barack Obama's visit to Ground Zero. ©2011 Derek Henry Flood

New York- So bin Laden is dead, sunk to the bottom of the Arabian Sea in a weighted body bag. What comes next for al-Qaeda? A lot of assumptions come into play, the foremost of which is that the angry Egyptian Ayman al-Zawahiri will assume the top position. Analysts seem to think that al-Zawahiri is combative ideologically and lacks any of the charisma of bin Laden. Many would probably like to believe al-Qaeda is a spent force..highly unlikely. Some wonder if it can survive without its leader. Therein lies the debate about whether AQ is a leaderless ideology or a leader-driven cult-esque movement akin to the LTTE. When Prabhakaran was killed on the edge of that lagoon in May of 2009, that was the effective end of the LTTE as a leader-led, mass movement. But it was certainly not the end of Tamil nationalism/separatism (assuredly not in the Tamil diaspora or doubtfully in South India). Al-Qaeda will obviously not fade away overnight but I find it hard to imagine crowds of henna-bearded Islamist protestors in the sweltering streets of Karachi marching around with al-Zawahiri posters. He’s just simply not iconic or photogenic like OBL nor are there loads of great images of him. I remember when I first traveled across Pakistan way back in 1999, people (well men since I don’t recall socializing with women there then) informed me that almost no Pakistanis had ever heard of OBL prior to Bill Clinton’s cruise missile strikes in Khost the summer before. The American attempt against him, in the wake of the Nairobi and Dar es Salaam bombings, is what really propelled him to fame in Pakistan, not any kind of indigenous love for him as I would venture to guess most Americans/Westerners would believe.

President Barack Obama visited Ground Zero/the new World Trade Center site today to quietly lay a wreath on the grounds of the new memorial. I never caught site of the guy but got a few nice snaps. The NYPD officers assigned to the event were fairly relaxed and it ended up being a low key affair compared to the 9/11 anniversaries I’ve covered. 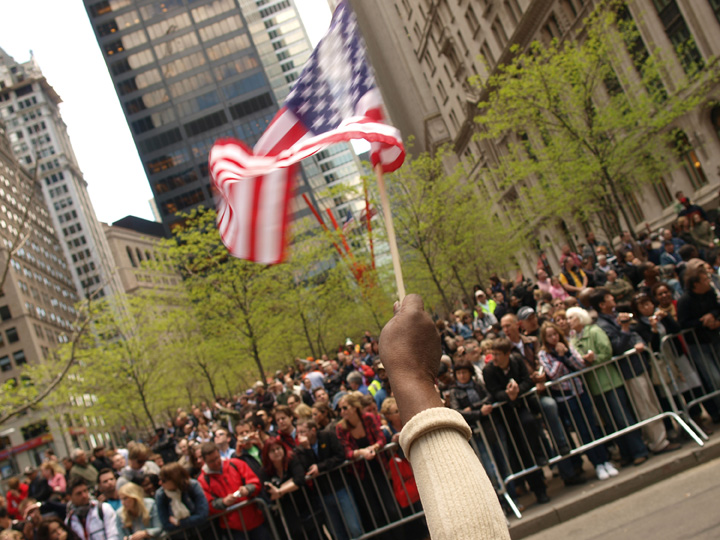 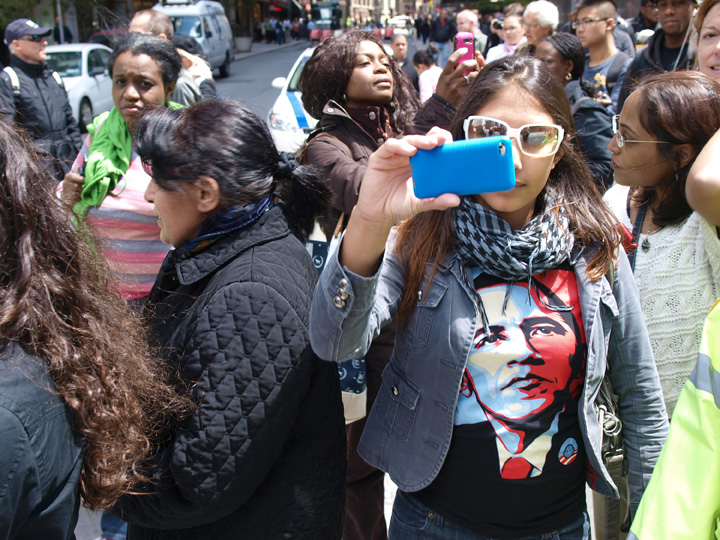 A young woman donning a 2008 Shepard Fairey Obama t-shirt captures me on her iPhone in the crowds. ©2011 Derek Henry Flood