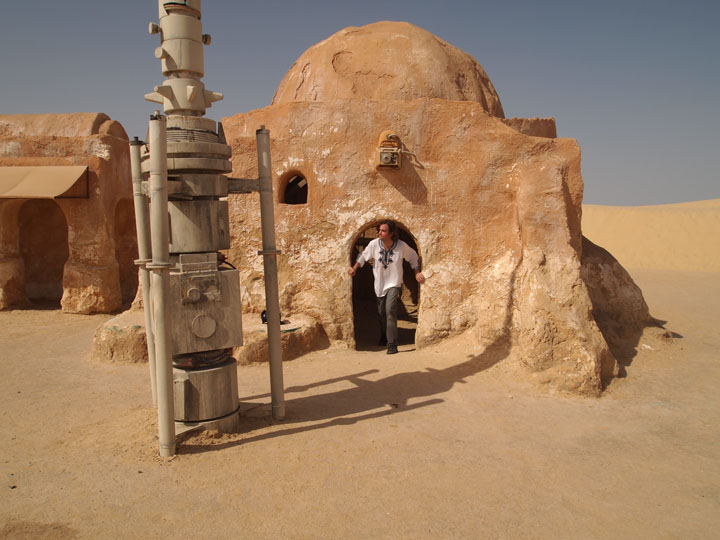 The Mos Espa set from the 2nd prequel triology sitting in literally the middle of nowhere outside Tozeur. Driving along a pancake flat salt depression complete with massive mirage, I came upon this.

Tozeur- I made a hellacious trek across southern Tunisia in high summer for a Lucasfilm pilgrimage I have dreamed of for decades. Both Star Wars: Episdoe IV A New Hope and Raiders of the Lost Ark were filmed in the stark and stunning oasis region of Toezur and nearby Nefta. The friendly guys at Tunisie Voyages in Tozeur made this all possible, despite the hardship imposed by ramadan they made it happen for me. Fantastique! The first thing I figured out when trying to get the lay of the land for the film locales in Tunisia for both Star Wars and Raiders, is that they are spread almost evenly throughout the country. Shots from the films are cut together in such a way that one would think these were all in the same region. Not so. With limited time and resources, I had to pick and choose my battles. I wanted to pinpoint some of the Raiders sites but many of them are less distinct. I am pretty sure that the truck chase scene was filmed at the palmerie in Nefta that we drove by on the way to Uncle Owen and Aunt Beru’s igloo. 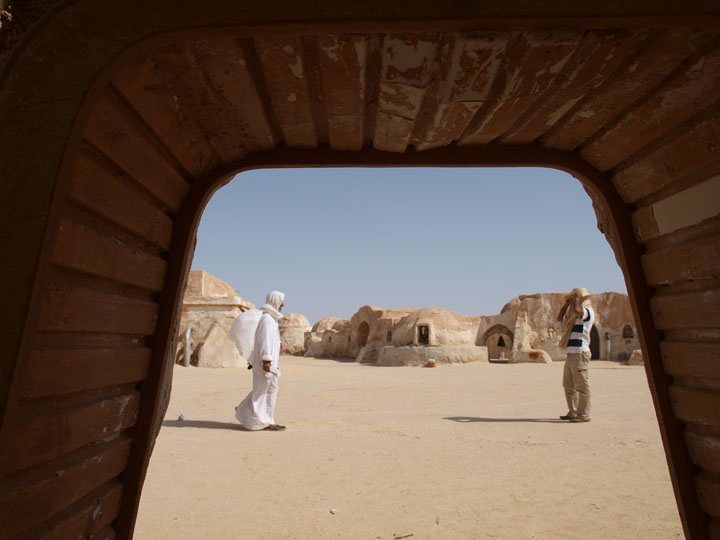 This place was so strange. A crumbling movie set battered by the elements near the Algerian border. ©2011 Derek Henry Flood

Now I was trying to do my impression of Luke looking at the binary sunset from the first movie at Chott el-Jerid but it was really hard because it was midday and I was somehow staring directly into the sun waiting to hear the shutter go off. It was a one shot deal. 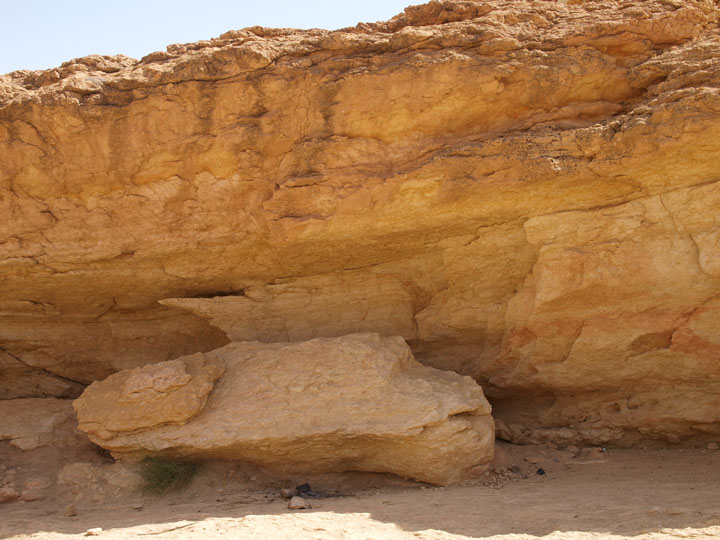 This is "Jawa rock" in the canyon below the Sufi pilgrimage site of Sidi Bouhlel. ©2011 Derek Henry Flood 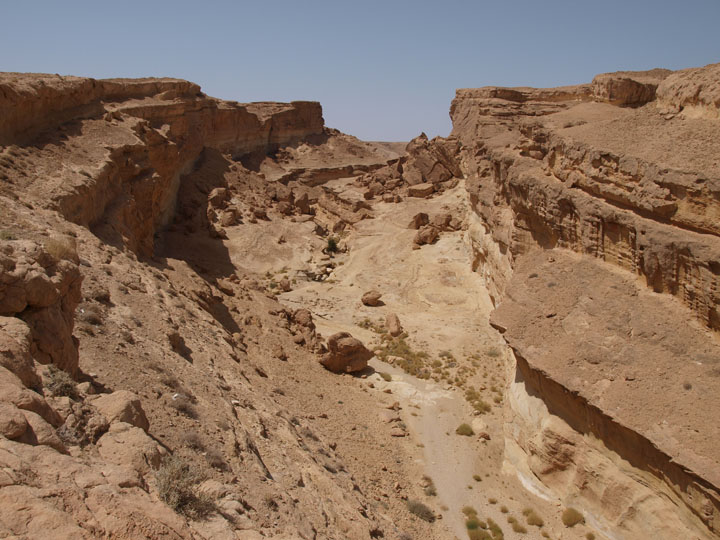 An overview of Star Wars/Raiders of the Lost Ark canyon a.k.a. the Juntland Wastes. This place was spectacular, dotted with loads of sea fossils. ©2011 Derek Henry Flood 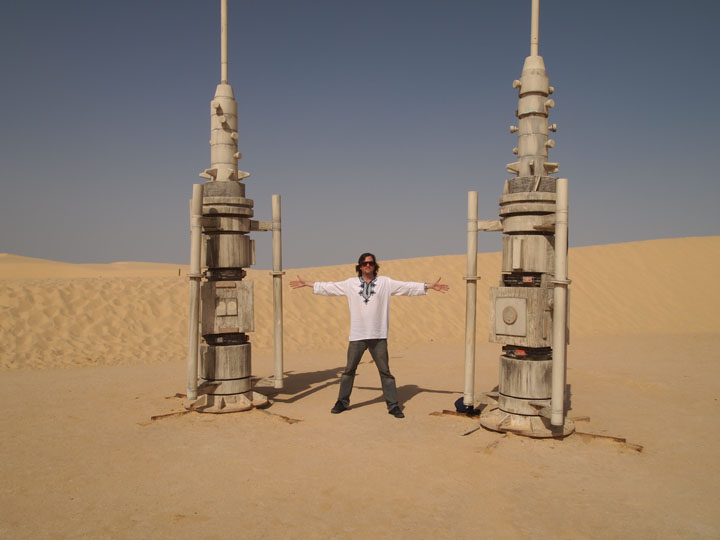 I don't speak the Bocce needed to communicate with these moisture vaporators. 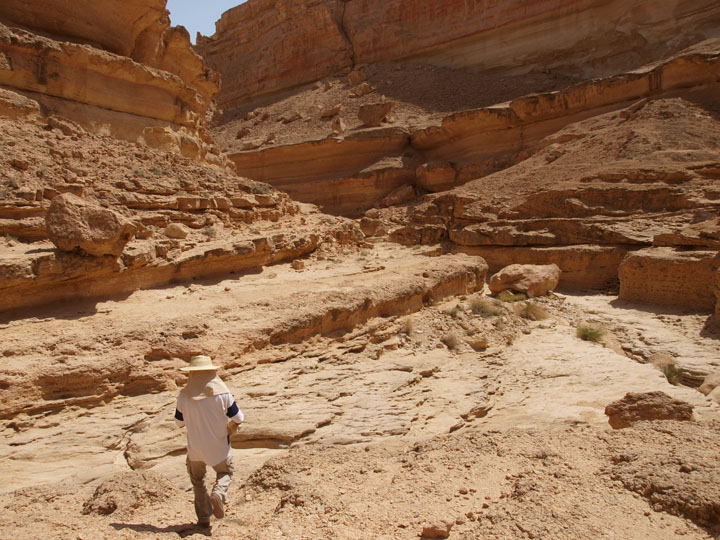 Trekking the Juntland Wastes in midsummer. Help me Obi Wan! This is where the first shot of the Nazi Ark procession was filmed in Raiders. ©2011 Derek Henry Flood