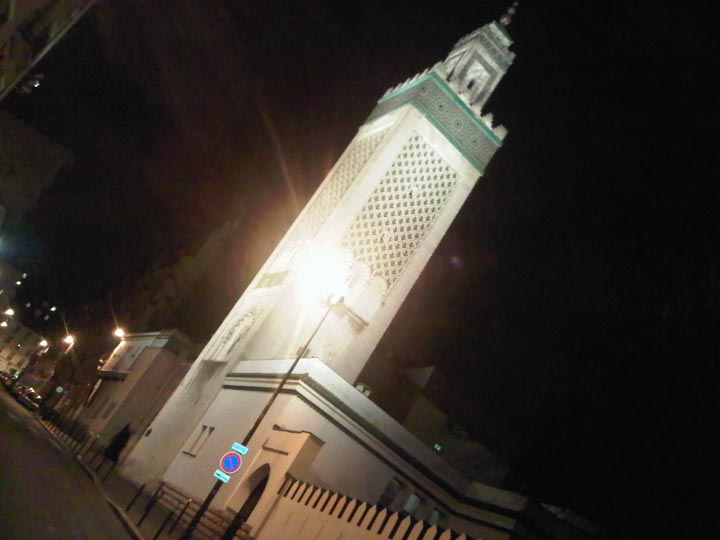 Paris- Took a long, brisk walk around the 5th arrondissement tonight after another red eye transatlantic trip leaving me in a daze. After a falafel and a Delirium Tremens, I got lost on my way back to Hotel le Demeure and stumbled upon the Moroccan-Algerian styled Grande Mosquée de Paris on a quiet backstreet at midnight which made for an ill-focused Blackberry snapshot. Upon a brief Google, the mosque is much older than I would have thought and rather than being a post-war structure, it is in fact a post-Great War construction dating back to the roaring twenties. Sometimes it’s good to lose one’s way.