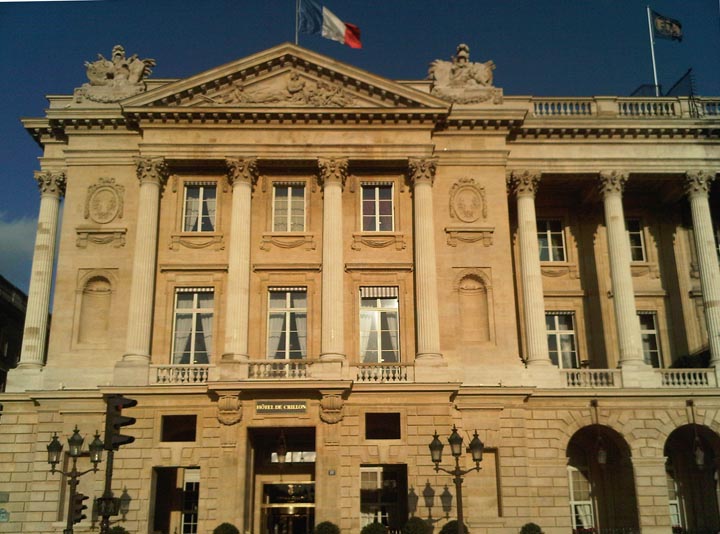 The Hôtel de Crillon where I stayed next to the American Embassy on Place de la Concorde. But don't be fooled by the French tricolor flying atop the roof, according to a BBC report last December the hotel was acquired by a Saudi prince. ©2011 Derek Henry Flood

Paris- It was an extraordinarily busy week in the French capital to say the least. Before heading back to Aeroport Charles de Gaulle, I managed to make a mad dash to the famous Shakespeare and Company bookshop on the Seine whose owner George Whitman died a couple of days before. I read the US Embassy’s Twitter feed of Ambassador Rivkin mentioning it and decided a visit to the legendary store was worth my last few hours in the city of lights. I didn’t have much time to loiter as I would have liked but picked up a Arundhati Roy’s fantastic, impassioned new book on one of  my absolute favorite subjects, the Maoist war in central India. In my sleepless stupor I tore into Walking with the Comrades on the flight home and it did not disappoint. I only wish I could have written it myself. Roy writes about the Maoist issue with the same vigor as her outstanding work on Kashmir. 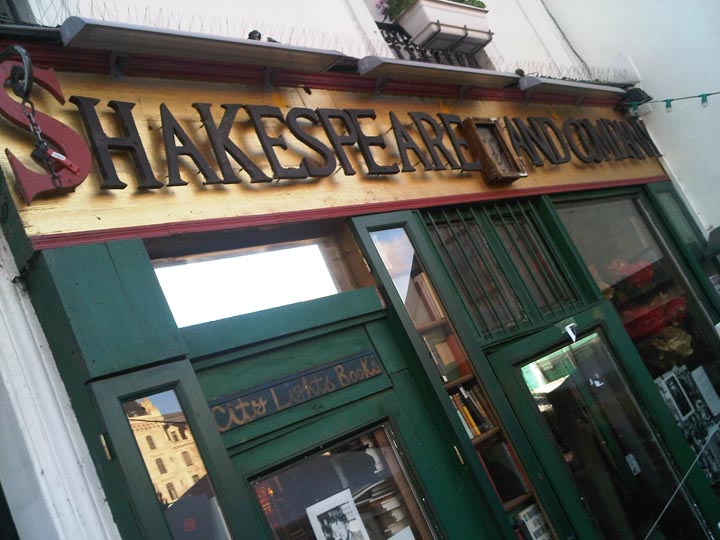 The vaunted Shakespeare and Company bookshop on the Left Bank of the River Seine whose owner George Whitman died above in his flat just three days previously. I wish I'd had more time to poke around its stacks. ©2011 Derek Henry Flood

I decided to make one more rushed walk along the right bank to head back to the hotel to pick up my bags. After passing by the Notre Dame on the Île de la Cité, I happened upon this magnificent victory fountain commissioned by Napoleon to commemorate his campaign against Mamluk forces during the Battle of the Pyramids in 1798. In what I suppose must have been typical Bonapartist fashion, the column emulated elements of Imperial Rome, fitting I guess as the rather delusional Messr. Bonaparte saw himself a latter day emperor at the time. The Sphinx heads basked in a cold winter light as the sun moved across the Parisen sky on one of the shortest days of the year.

As I hustled along the river in the brisk afternoon sun, I saw what seemed like countless Roma (Gypsy) kids pulling this scam that a gal I met in Santorini had warned me about where they mark tourists pretending to be deaf/mute while aggressively hassling them for cash playing on Western notions of guilt. Apparently there is nothing the Paris police or courts are willing to do about it as the Roma all appear to be under 18 despite the damage it does to tourism. I either didn’t have the look of such a whale or I was walking to hard for them to pay me any mind.

A fitting end to my stay was a cool (!) taxi driver who was playing American jazz on the radio as I quietly exited the city after an incredibly hectic, fascinating week. Waiting in the American Airlines departure lounge, I overheard the conversations of American university exchange students who were all excitedly heading home for Christmas after a rollicking semester abroad that apparently included a class trip to Morocco where they slept on dunes in the Sahara and experimented with drugs for the first time. Generation Facebook crowded into the airport in Uggz boots carrying iPads and yet still found things to complain about. It kind of surprises me that there are families that in this day can still afford to send their kids off to one of the world’s most expensive cities en masse to study (read: party) for months on end especially considering how nonsensically weak the dollar still is against the euro. Either the middle class is actually in better shape than I thought or perhaps they are part of the dreaded “1%.”

Although my work on this trip entirely concerned the future of the Muslim world and the West’s relationship with both the newly post- and present-tense revolutionary Arab states, I was also consumed with the future of the European Union and the eurozone. Much of the lunch and dinner conversation revolved around the troubled future of the so-called European project and the Franc0-German alliance/relationship. As someone who has always advocated for both continued EU enlargement as well as the steadied (but calculated!!) enlargement of the eurozone, much of what was said over the course of the last week was downright depressing. Has the enlargement of both the EU and the euro currency area been reckless economic adventurism? I hope not but I may be wrong which is immensely disappointing. The unity of the West is so important for a number of reasons not least of which because many believe, myself included that the “rise of the rest” is a de facto defeat for the hoped-for primacy of human rights in the world. I definitely am already well fatigued by the tiresome rise of China/maybe-authoritariansim-isn’t-really-so-bad-after-all talk. Yes, maybe it was a disastrous idea for Greece to have joined the euro (which I said at the time) but it is too late to go back now. 2012 will be a key year for the future of political Europe as the EU is often referred to in think-tank circles. A strong, united Europe is key to the struggle against neoconservatism which is seems to be having some level of resurgence here in the US and in the isolationist/nationalist/anti-immigrationist quarters of the EU’s differing electorates. I’m  still holding out plenty of hope.

Oh and to the kids I met on Rue Mouffetard who took me to the electro dubstep party on Le Batofar, thanks! It is nights like that why I fell in love with the EU in the first place and why I will always return.

← Midnight in Paris
My France24 Interview →