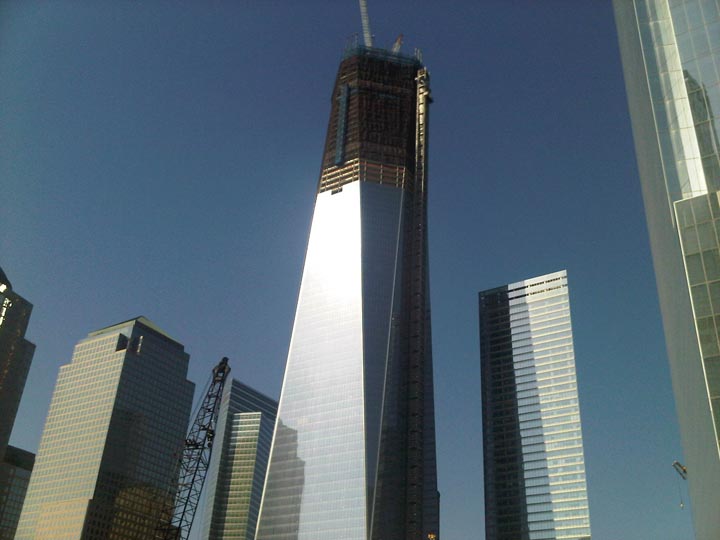 1 World Trade Center begins to enter the final stages of its façade construction more than a decade after the destruction of its predecessors. ©2012 Derek Henry Flood

New York- I was doing some writing yesterday about my experiences in Afghanistan and Central Asia in the months after 9/11. Delving into the assassination of Massoud, the death of an Italian colleague, meeting the Taliban, and all of the other random seeming things that led me to be in New York on 9/11 and in Afghanistan shortly thereafter gave me pause to reflect on the constant of time, the merits of what we call progress. In the near future the new WTC will be completed with tourists, wallets bulging with euros (if the euro survives), pounds, yen and yuan, trampling grounds that to me look more reminiscent of Abu Dhabi’s corniche than the considerably less imaginative original twin towers architected by Minoru Yamasaki in 1965. 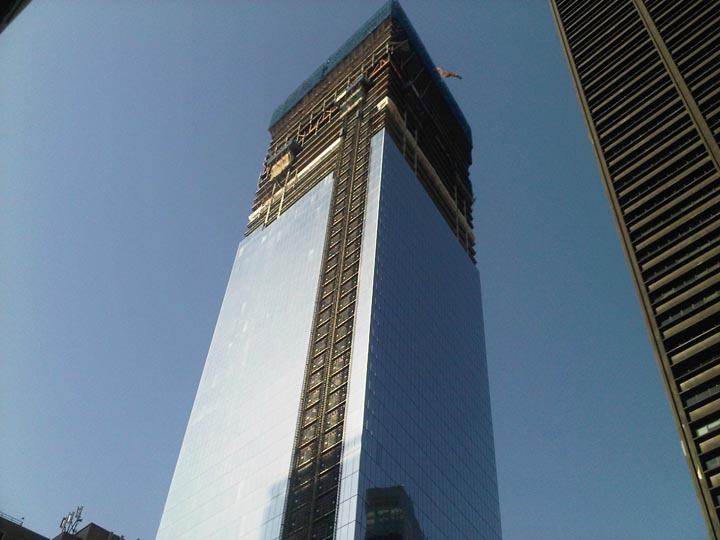 ← In Syria, like Father, like Son & Mali Slides from Democracy to Junta
Dear Azawad, What’s Going On? →