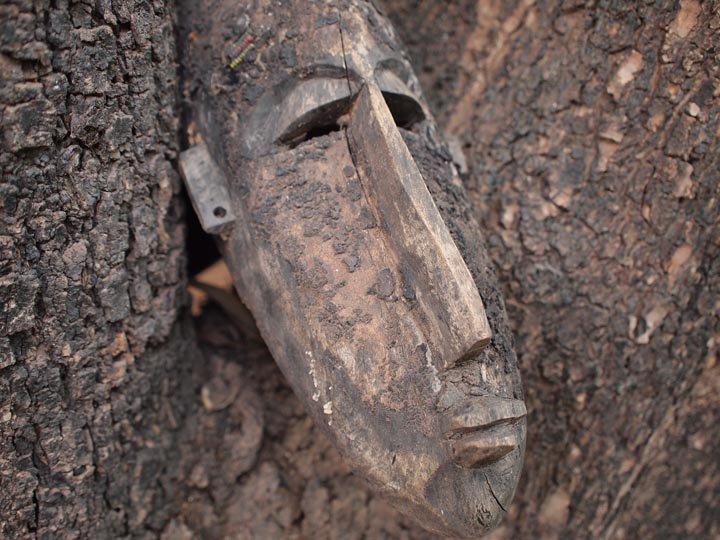 A wooden mask snug in the fork of a shade tree. Love the pre/non-Islamic iconography here. Layer upon layer of cultures. ©2012 Derek Henry Flood

Bamako- Had an overall fantastic day here yesterday. Woke up to a cool, quenching rain that felt like it brought the temperature down about 30 degrees ºF. Had a morning meeting with a local journalist who was originally from the north and was nice enough to take the time to explain some of the ethno-linguistic nuances of his home region which outsiders like myself can be wont for more in depth specifics. This gentleman then introduced me to internal refugees from Gao who had fled the Islamist/Tuareg onslaught there for the relative safety of Bamako. They provide some rich detail into the northern conflict I have yet to see for myself.

One bit I want to note again is the Qaddafi iconography I’m seeing here around town. I had initially imagined from my perch in New York that the support of the late Libyan dictator would be perhaps an entirely northern cause. But contrary to that notion, most of the guys I see rocking the stickers and posters at least appear to be of sub-Saharan origin. The poster shown below lauds Qaddafi as an anti-French, anti-colonial figure pitted in some sort of vendetta against France’s recently defeated president, Nicholas Sarkozy. From this one can get an idea of the bitter legacy of clumsy European colonialism here and the enmity toward France’s post-colonial patronizing policies in the Sahel from the local point of view.

Finishing up my first dispatch from here sitting in the shade with a blasting loud francophone African film playing on the television a few feet away. After concluding my interviews yesterday, it sunk in deeper just how much this country is at a delicate juncture in its modern history. It as if Mali is between several of its histories. North and south, Islamism and ethnic secessionism, east and west. 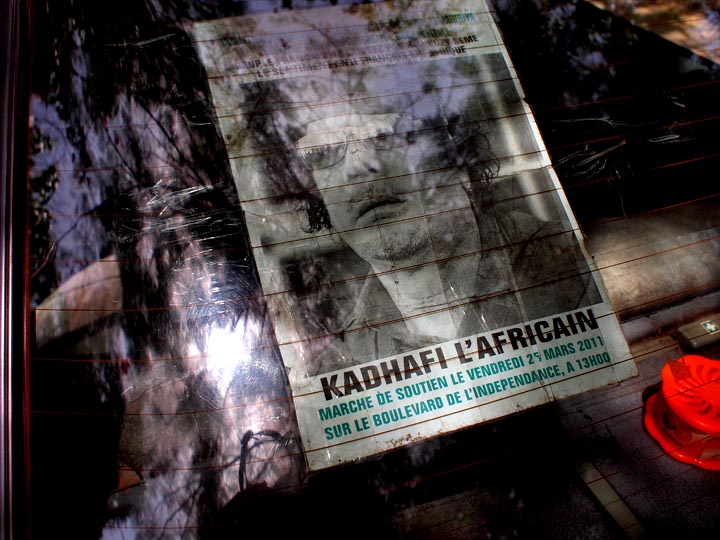 "Qaddafi, the African" in the rear windscreen of a taxi spotted on my walk back from shooting another photo this afternoon. The poster was promoting a March 2011 march in downtown Bamako in support of the now late 'brotherly leader'. At first I thought the first Qaddafi sticker I photographed for the previous post might be a bit of one-off ironic humor somehow. I was apparently quite wrong. I'm now noticing plenty of this stuff. Guy who owned the taxi wasn't thrilled I took this photo and I had to sort of dance my way out of a potential confrontation. @2012 Derek Henry Flood 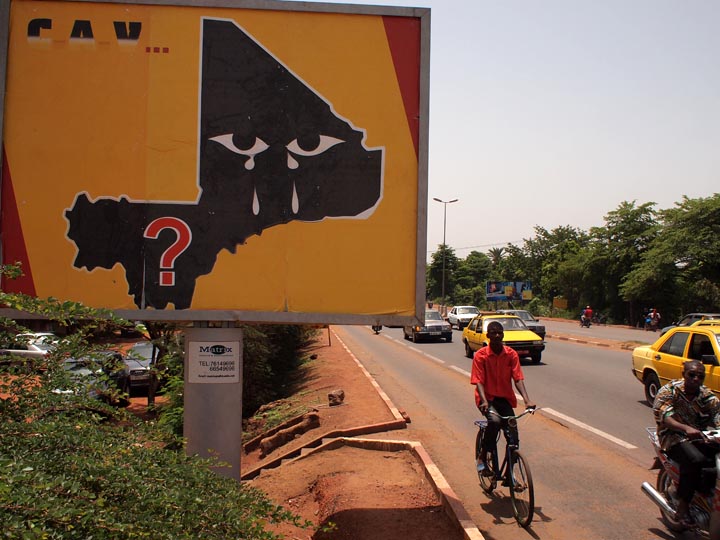 There are several of these brilliant billboards in Mali's capital that seem to encapsulate the current state of chaos through overtly political art. A weeping north and troubled south ©2012 Derek Henry Flood 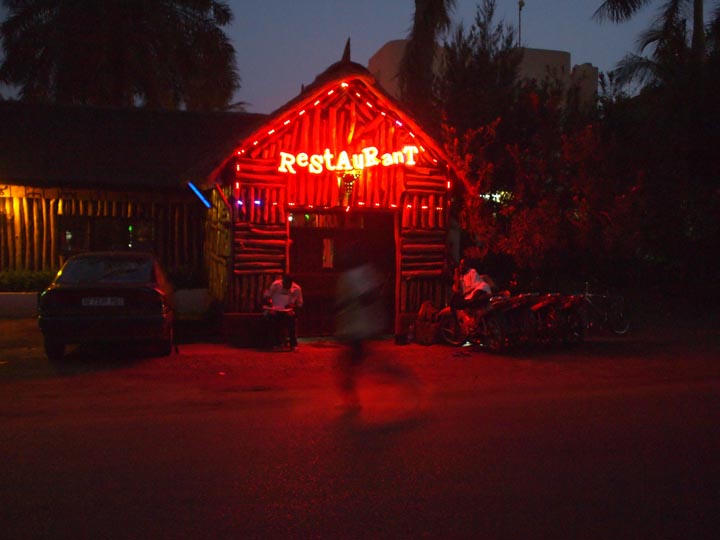 When tourists leave, the journos arrive. The exterior of a completely empty, massive tourist restaurant in the Badalaougou neighborhood. I had a very lonely dinner at this otherwise lovely hangout. I've had lots of such lonely dinners over the years. ©2012 Derek Henry Flood

← Heat
The Malian Tortoise and the Libyan Hare →