New York-Went out to my beloved Long Island City in the borough of Queens to shoot some photos and get a feeling for Hurricane Sandy as it made landfall while high tide was approaching. Was getting shouted at by NYPD over loudspeakers trying to shoot. Winds felt like they were about 90mph, nearly fell down just getting out of the taxi. Here are a few photos.

A man lurks on the Pulaski Bridge looking over the Newtown Creek separating the boroughs of Brooklyn and Queens as water surges approaching high tide. ©2012 Derek Henry Flood 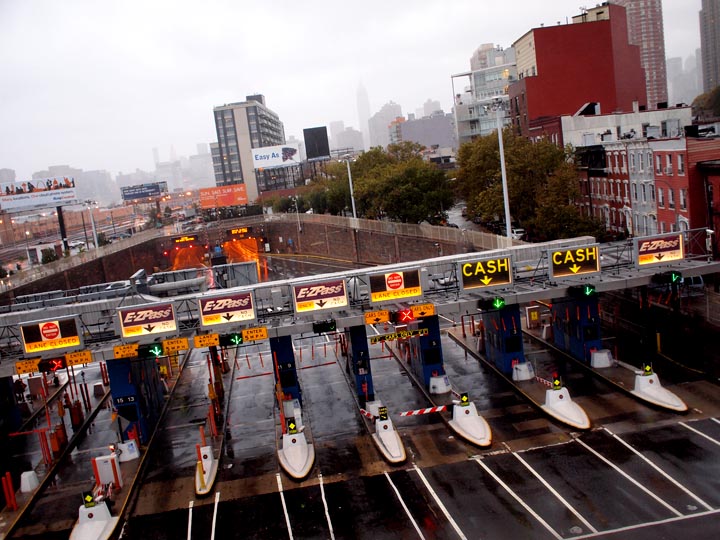 The tollbooths at the entrance of the Queens-Midtown tunnel appear deserted as New York CIty officials announced as host of bridge and tunnel closings effectively isolating Long Island. After 8:30 pm the tunnel was shut after it began taking on flood water. ©2012 Derek Henry Flood 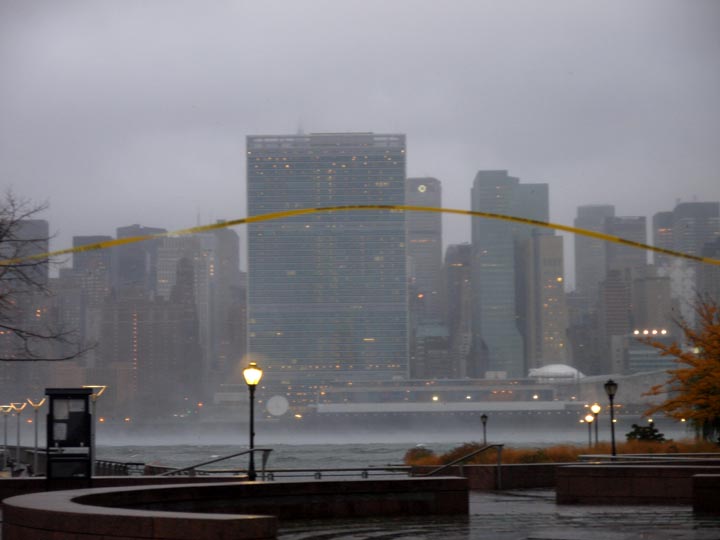 The New York Police Department attempted to seal off Gantry State Park in Long Island CIty as the East River approached a full moon high tide. The United Nations, center, was shut along with all other public facilities in Manhattan. ©2012 Derek Henry Flood 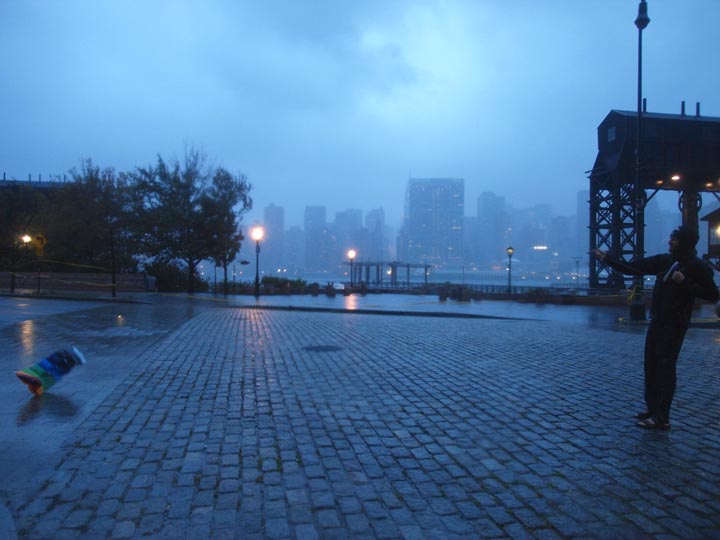 An idiot attempts to fly a kite in the middle of Hurricane Sandy. A terse police sergeant put an end to that and said yuppies fled back inside on police order. ©2012 Derek Henry Flood 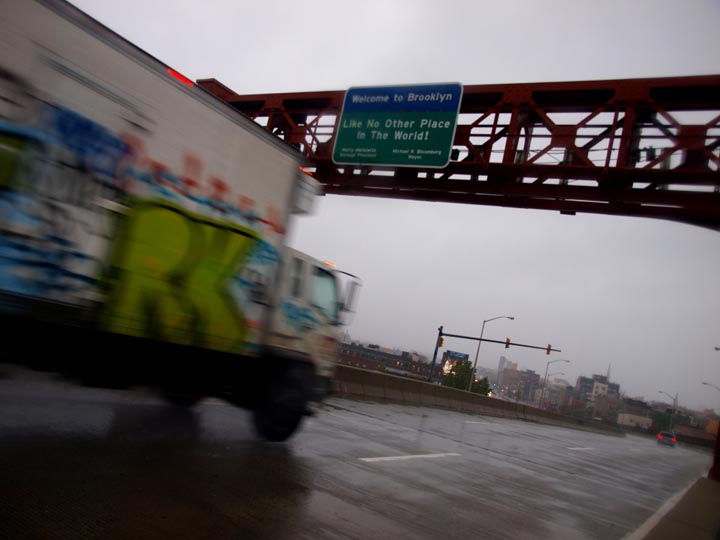 Welcome to Brooklyn, Frankenstorm! Hardly any vehicles were on the roads but a few must have felt they could justify their travels. ©2012 Derek Henry Flood 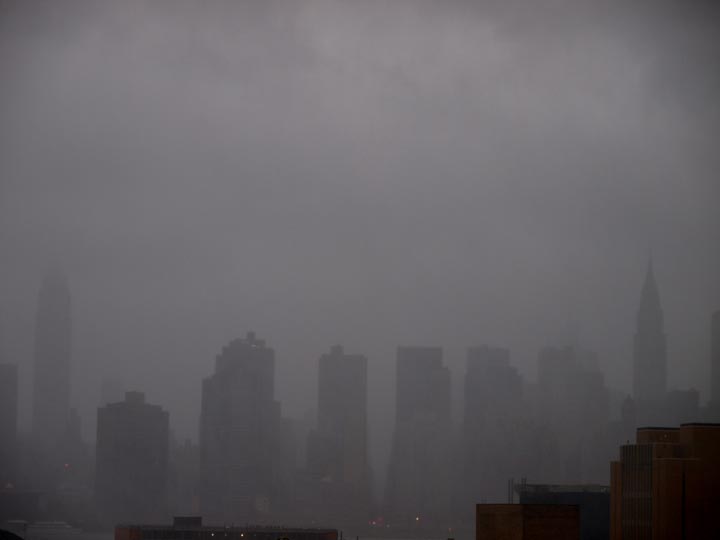 The Empire State Building, left, and the Chrysler Building, right, are shrouded in the hurricane as the worst of it is about to hit the city. ©2012 Derek Henry Flood 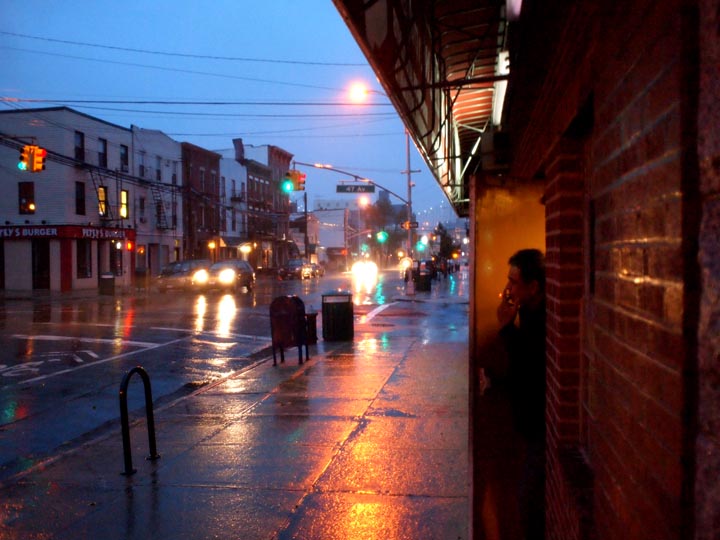 Out for a smoke. Two things people wouldn’t stop doing no matter what: taking their dogs for a walk and lighting up. Man puffing a grit on Vernon Avenue. ©2012 Derek Henry Flood 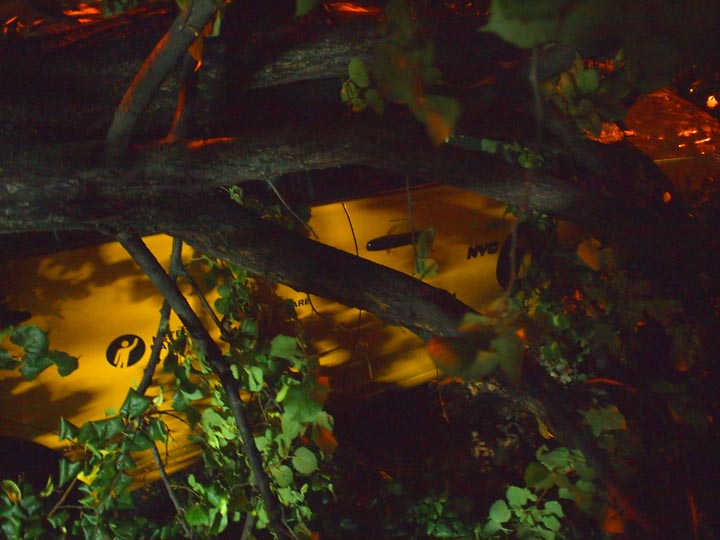 I found a New York taxi completely enveloped by a fallen tree. Probably the scariest thing about walking around was that something could just crush you or lash you in tenths of a second. ©2012 Derek Henry Flood.