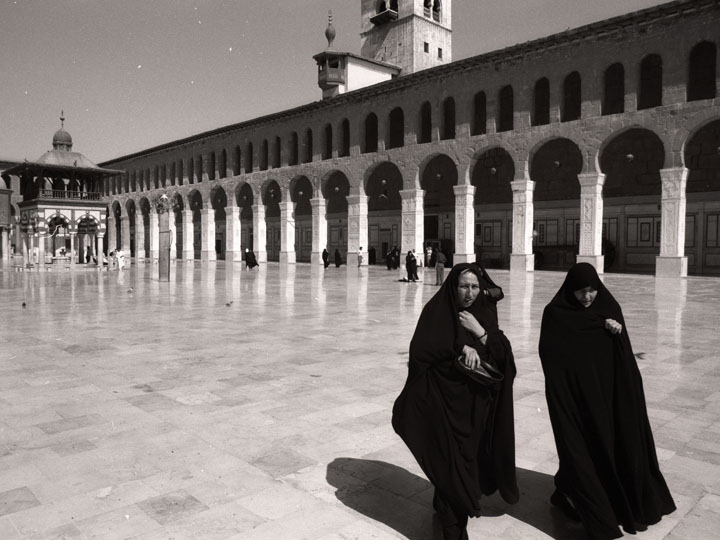 New York- I have a piece in today’s edition of Asia Times Online about Russia, Chechnya and the Russian view of Syria. Russia, like it’s red-headed authoritarian stepchild China, constantly asserts an inviolable concept known as “national sovereignty” which is essentially a brutal policy used to suppress ethnic questions within present day borders.

Being schooled in the West, it is easy to believe that an empires had two distinct traits that defined them: they began with death defying, deep sea voyages that emanated from western and northern Europe and that after the immense devastation European societies incurred during the second world war, they had no choice but to abandon their colonies in Africa and Asia whose upkeep and administration was no longer viable as Europe’s shattered nation-states were forced to turn inward in order to rebuild themselves from the ground up. 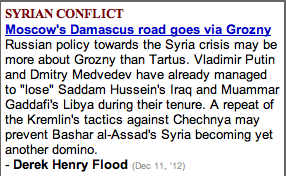 Beginning with the Netherlands’s withdrawal from Indonesia in 1949 and Britain’s exit from Libya in 1951 and largely ending (at least in a formal sense) with the collapse of the recalcitrant Portuguese empire in 1975, Europe’s last remaining maritime colonial power, Americans and other Westerners have been under the impression that the Age of Empire is a dusty relic of a best forgotten time period that long predated the political correctness revolution that began in the early 1990s.

But what this unfortunate view of history largely obscures though is that broader Eurasia today remains a continent of present-day land-based empires who have very much yet to embrace “the end of history” as it were. Russia’s never-ending struggles to contain ethnic rebellion in the Caucasus and even ensure that a restless Republic of Tatarstan remains in the Kremlin’s fold and a China still very much wrestling with the Tibet question while trying to turn Xinjiang Province into some sort of a living cultural museum run by ethnic-Han migrants, indicates that the still subjugated populations in these regions often view Moscow and Beijing as colonial powers in the post-modern Oriental sense of things.

So sure, at points you will have people abroad advocating for human rights in these places in order to serve an anti-authoritarian agenda but the post-war Western powers with their own unaccounted for, sordid history of collective rape and colonization, combined with half-hearted diplomacy that is doomed to fail from the start and hampered by both conservative isolationists and anti-imperialists at home, means that there are no worthwhile mechanisms for resolving these conflicts.

So in essence, Chechnya and Tibet, Tatarstan and East Turkestan can have no realistic hope of achieving an independent statehood because the very IDEA that they are presently under the yoke of empire has been suppressed. When the British Foreign Office issues weak kneed statements like “Tibet is part of China. Full stop” and when President Bill Clinton characterized the then ongoing ethnocide in Chechnya as an “internal affair” for the Russians alone to resolve, Whitehall, the White House and others abet expansionist authoritarianism with Eurasian characteristics.

Russia, and to a somewhat lesser extent China, have extended this hardened concept of non-interventionism to the unwilling inhabitants of Syria. Today, we the world have let the ancient, stunning city of Aleppo be transformed into another Grozny. When will it stop?