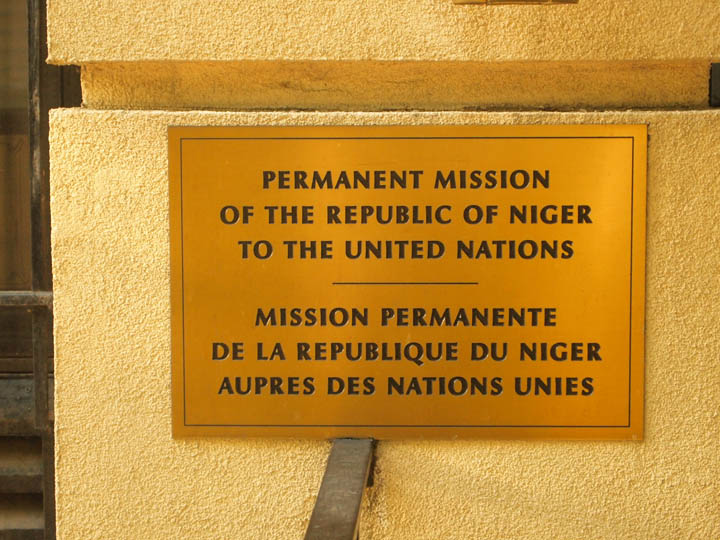 The Nigérien mission to the UN on East 50th Street in Manhattan. ©2013 Derek Henry Flood

New York- With the immediacy of the tactical success of the French military campaign in northern Mali beginning in mid-January combined with the aggressive Nigerian offensive in that country’s northeastern Borno State that began in mid-May, the Republic of Niger is wedged between two presently expanding salafi-jihadi conflicts. Niger with its vast uranium reserves, chronic food insecurity and immense poverty has emerged as the newest locale to suffer salafi martyrdom operations a.k.k.a. suicide bombings. I published a report in late June for Jane’s Islamic Affairs Analyst looking at the extension of kinetic militancy into Niger. While Niger is accustomed-like its neighbor Mali-to intermittent Tuareg rebellions and a minor degree of homegrown Islamism while having had several high profile kidnapping incidents in the last several years, neither Niamey or Bamako was adequately prepared for the ramping up of ideologically-driven insurgencies as compared to the veteran (in relative terms) security apparatuses helmed in Algiers and Abuja. 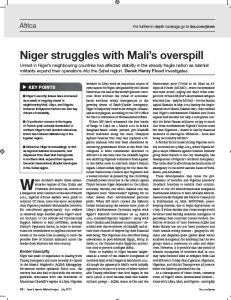 While most of the conflict in Mali in 2012 consisted of a series of rebel advances and government retreats followed by a drawn out stalemate period, it seemed certain that once some form of military intervention was inevitably launched, the jihadis would surely begin a more asymmetric campaign that would feature suicide bombings and fidayeen-style raids on the forces of state actors be they indigenous, regional, or Western.

Less than a month after Operation Serval began, Mali experienced its first suicide bombing in Gao Region when on February 8 militants attacked a Malian Army checkpoint on the Gao-Bourem road. The attack was immediately claimed by MUJAO’s spokesman Abou Walid Sahraoui. As if the first explosive message was insufficient, it was immediately followed up by a second attack on the same checkpoint the following day.

Then on February 10,MUJAO  jihadis launched a rather reckless raid on Gao’s centre ville. Despite MUJAO’s aggressive asymmetry, most of its operations resulted in tactical failures in terms of what were presumably hoped for mass casualty events. The strategy-at least in terms of branded messaging-was, however, somewhat successful. The two nodes of salafi-jihadism in North and West Africa i.e. Algeria to the north and northern Nigeria to the south, were being bridged with the gradual expansion of militancy in the broader Sahel region.

The Sahel has traditionally served as a natural geographic and cultural buffer zone which is being eroded by rapid advances in mobile technology and social media which have the means to both disseminate radical thought among susceptible populations that are woefully underserved  by feeble central governments as well as connect militant groups with traditionally localized or divergent agendas to one another.  For several years analysts have speculated whether there were or could be links to AQIM in Algeria-Mali and Boko Haram in Nigeria.Even the head of AFRICOM stated: “linkages between AQIM and Boko Haram are probably the most worrisome.”

These claims were oft criticized by what were believed to be the very different aims of AQIM and Boko Haram. AQIM which is firmly rooted in the GIA and GSPC of Algeria’s 1990s civil war was an Algerian movement (albeit a quite fissiparous one indicated by the GIA-GSPC split) seeking mostly to create an Islamic state within Algeria’s borders-although undoubtedly some of these salafis were adherents of a borderless ummah ideology. But when the GSPC renamed itself AQIM in 2007, in the form of AQIM as a matter of strategic survival it broadened both its operational geography–which the GSPC had already begun in its final phase–in places like Mali and Niger while making inroads amongst those populations who harbored their own long-held grievances against their respective central governing institutions.

Meanwhile in the Hausa-dominated states of northern Nigeria, Boko Haram–Ahl al-Sunna li al-Da`wa wa al-Jihad for those in the know–maintained as its primary goal the formal introduction of sharia law throughout Nigeria. But when Ansar Eddine, AQIM, and MUJAO gained power in northern Mali in 2012, locals who had fled Gao described to TWD the presence of Hausa speaking, Anglophone militants operating alongside MUJAO in Gao ville and its immediate environs. For Boko Haram to be present in Gao it would likely have had to pass through southwestern Niger, skirting around its capital Niamey. But several Malian intellectuals who spoke candidly with TWD in 2012 stated that they firmly believed Boko Haram already had a presence in southern Niger including with Niamey itself and therefore the movement of Nigerian militants into Mali was not as improbable as some Westerners might assume just by looking from afar at perceived vast distances on a flat map.

As nation-states occupying transition zones connecting the dry Sahara to the more verdant sub-Sahara, Mali and now Niger have manifested clearly as conduits between these what are often thought of as disparate  regions of Africa. When movements like AQIM, MUJAO and Boko Haram graft themselves onto deeply held provincial tribulations beyond their traditional realms, the threat to the respective wobbly regimes squeezed in the middle is heightened more so.  Thus we may see suicide bombing spread even farther to poorly protected targets in N’djamena and Nouakchott, perhaps even Dakar. None of these movements appears to pose a specific threat to the West itself–at least for the time being–but they threaten Western interests and allies which may pull Paris and Washington in only deeper into a widening crisis.

Though the jihadis were forcefully ejected from Mali’s northern and central cities mostly by French air strikes followed by ground columns and Abuja is touting that it has reached a truce of sorts with Boko Haram, the troubles for Niger and Mali, and possibly Mauritania, Chad and other regional states may be far from over. 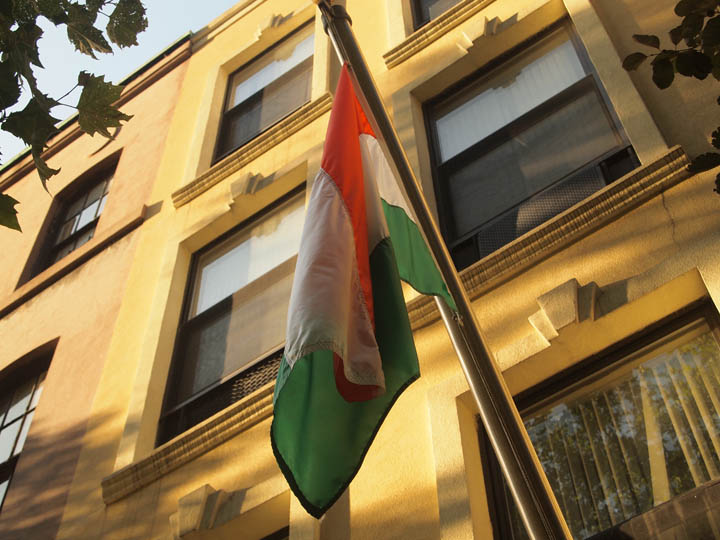 With all the grim talk of relgio-political or inter-communal violence and such mentioned above, I thought it would be good to balance out this post with something a bit more relaxed. I attended a fantastic concert on June 21 where Bombino, a mezmerizing Tuareg guitarist from Niger’s uranium rich, politically troubled Agadez Region. Bombino sings in Tamasheq, the language of the Sahara-Sahel area’s indigenous Tuareg people who refer to themselves as the Kel Tamasheq.

I have no clue if there was any intention of this by the concert’s organizers but it was great to hear Saharan Tuareg rock in the same venue as the venerated Amadou and Mariam who sing in Bambara, the predominant language of southern Mali and in the areas surrounding its capital Bamako, but it seemed symbolically poignant if it the result was unintentional. One of the more simplistic perceptions of Mali’s internal war-which has since affected Niger as the salafi-jihadi militants sought safe ground from French air strikes-is that it had an implied north-south dynamic in which impoverished or resentful northern ethno-linguistic groups felt underserved by and underrepresented amongst the southern-dominated political circles in Bamako. Some of the same can be said for Niger where northerners feel Niamey is a far off kleptocracy that undermines their own economic and political interests.