Kirkuk- Here is a quick teaser of images from my recent reporting trip to Iraq’s perennial fault line known as Kirkuk Governorate.

A decade ago the United States poured over the Kuwaiti border to destroy the Ba’ath Party led by President Saddam Hussein. This effort  to remake the country was guided by a wholly unrealistic  vision thought up by men and some women who had no intrinsic understanding (though they would heartily argue otherwise) of either the deep political dynamics or long view history  of the human fabric stretching from the Levant to Iranian Plateau. These so-called “experts” worked to destroy an unsavory despot without regard for human life still living in Iraq as they concocted their “Special Plans.”

Iraq was talked about callously as a “major oil producer” whose massive reserves were underexploited by Western multinationals as if it were virtually a people-less sandscape that just  required some quick political remodeling in order to get its petroleum gushing again.

So here is Kirkuk, a decade on, with virtually every major politcal-territorial question about its future in a federal Iraq unanswered. The United States and its military and business partners smashed Iraq and drove back across the Kuwaiti border leaving behind a vast haven for suicide bombers and unending sectarian violence.

On the way back to Turkey, I shared a minivan with a group of Turkish laborers who were heading home on break. One from Istanbul told me he had been laying sod at football fields being constructed in Samarra and Tikrit. With the knowledge that a good number of Turks had been killed working in Iraq in the early stages of the war, I asked the Istanbuli why he would risk working in the “Sunni triangle” to earn a few dinars. He looked up at the dusk sky, replying: “al-Qaeda does not decide whether I live or die. That is left only for God to decide.” This seemed to me a fairly stark rationale to justify working in a war zone. But then again, what was I doing there? 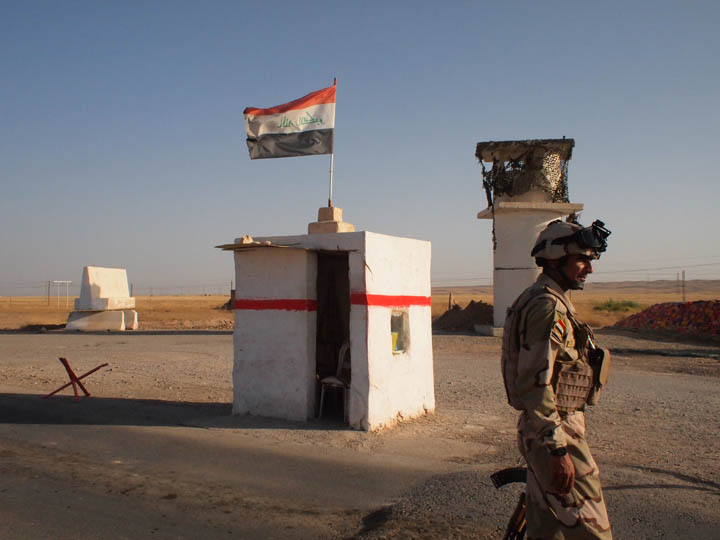 This Iraqi Army checkpoint in rural Kirkuk Governorate felt isolated and highly vulnerable. Milling around with the soldiers, I felt like a suicide car bomb (a VBIED into the military jargon that has infected the local dialect) could go off at any given moment. ©2013 Derek Henry Flood 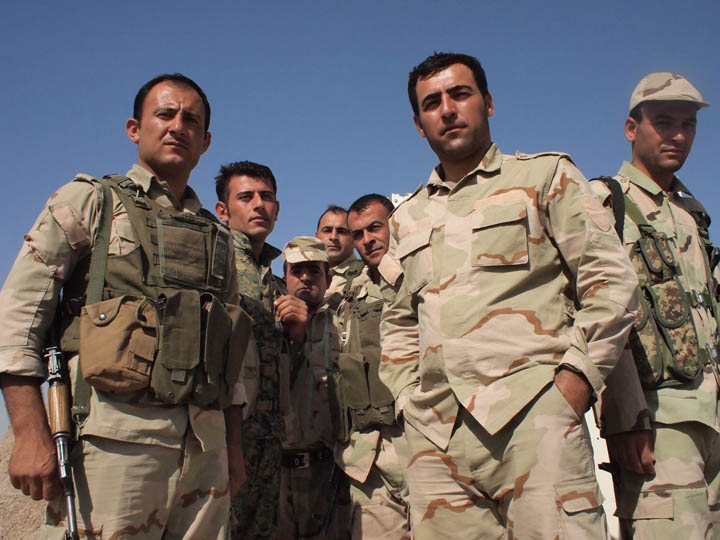 In contrast to the nervous vibe at the Iraqi Army outposts, the Kurdish Peshmerga seemed confident and media savvy. ©2013 Derek Henry Flood 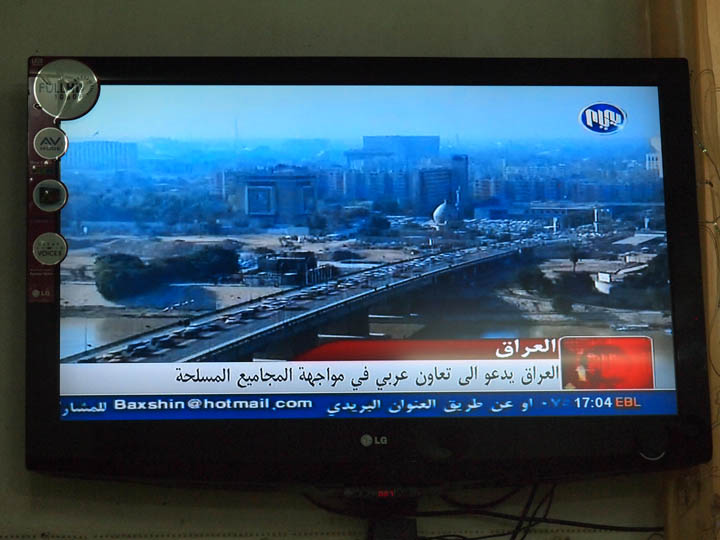 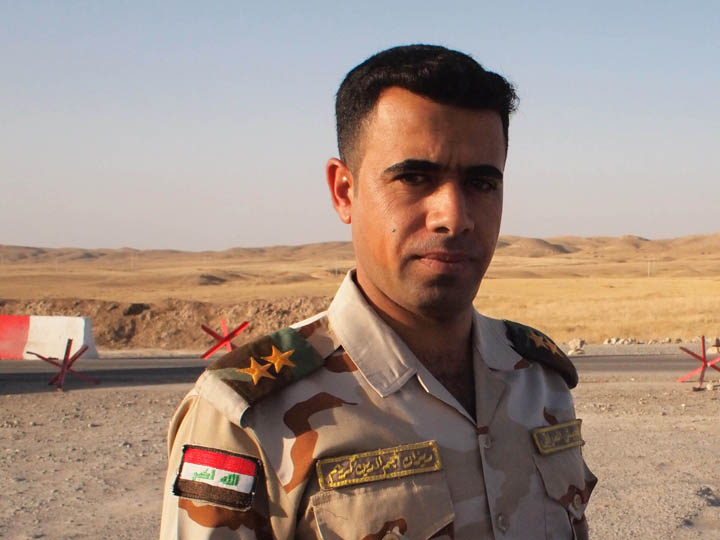 An Iraqi Army officer would allow me to shoot a few photos but was hesitant to give a formal interview without approval through the proper chain of command. ©2013 Derek Henry Flood

← Scenes From an Enclave
The Road Somewhat Less Traveled As Seen Through an iPod. →