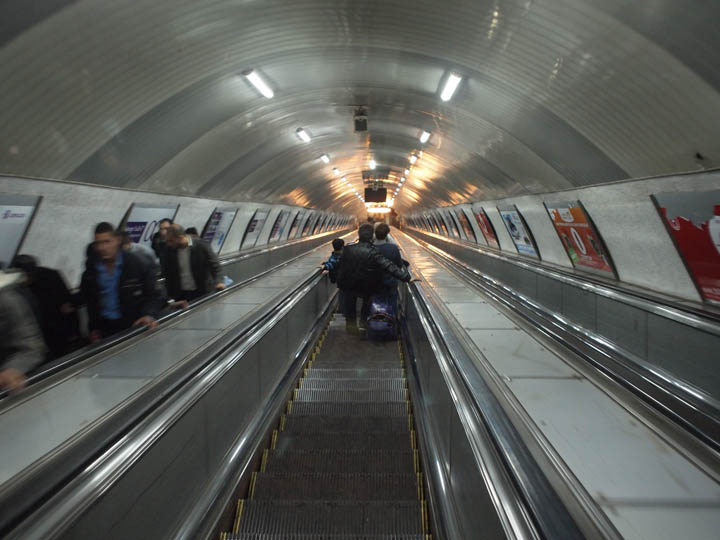 The Marjansihvilli metro station. If there is a longer escalator anywhere in this world I haven’t seen it. ©2013 Derek Henry Flood

Tbilisi- After inhabiting this post-9/11 realm for so long now,  I occasionally find myself in locales of yore retracing old steps in the name of an unfinished book. I sometimes photograph places and people (if I can still find them). I first came to Georgia in 2002 to inspect for myself the hype about the Pankisi Gorge/Valley with the West’s sudden fascination with Zarqawi, ricin and the think-tank obsession with foreign mujahideen (the meme that still won’t die) going to fight in Chechnya next door.

I arrived in Eduard Shevardnadze’s pot-hole ridden, shattered Caucasian republic after my efforts to meet with Iraqi Kurds in Syria were thwarted by the pervasive paranoid of Assad’s rather recently inherited police state. I lived with a widowed grandmother who gave shelter to Japanese backpackers (once ubiquitous in Eurasian budget travel scenes) and ended up in a mujahideen hostel in Pankisi with a Russian Federation Sukhoi (or a Georgian one in a version thinly sourced and convoluted) flying menacingly overhead.  The following are pictures that will appear random but are part of the narrative I am visually reconstructing to aid in my writing efforts. 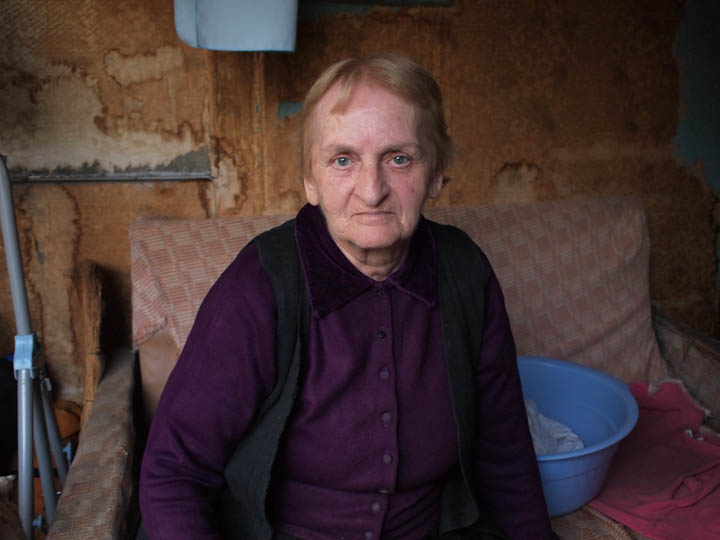 Tsiela, the Georgian babushka I lived with in August 2002 on Chitaya Street. She insisted I not go to Pankisi. She was a bit surprised that I found her 11 years on to shoot her portrait. ©2013 Derek Henry Flood 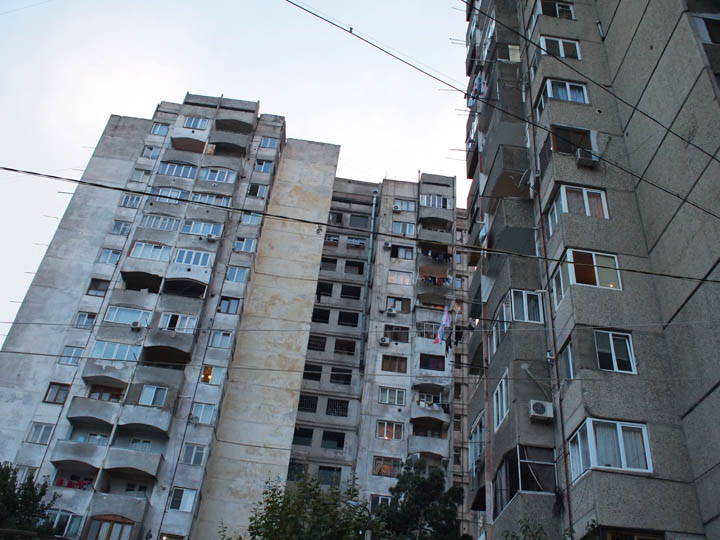 My Chechen fixer’s depressing Soviet apartment block in Tbilisi’s Saburtalo District on Kavteradze Street. I was curious to go back there after reading that the Chechens involved in the August 2012 Lopota incident had been housed in this district supposedly by Georgian authorities who had recruited them in the EU if you’re inclined to believe that version of events. Saburtalo was where many of Tbilisi’s Chechen exiles once lived and now is home to part of the city’s migrant community including Pakistanis and Bangladeshis judging by my observations the other day. ©2013 Derek Henry Flood 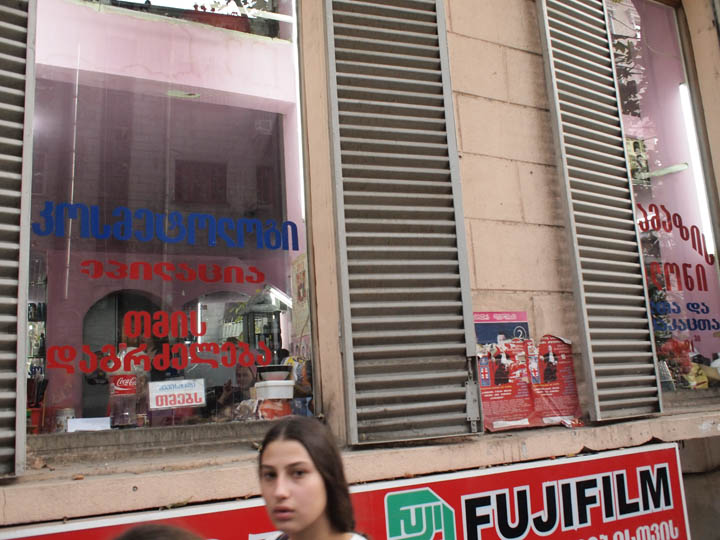 The barber shop where I ran in after my arrest by Georgian intelligence to get my beard shaved off. First and only time I ever had a woman shave my beard I think. ©2013 Derek Henry Flood 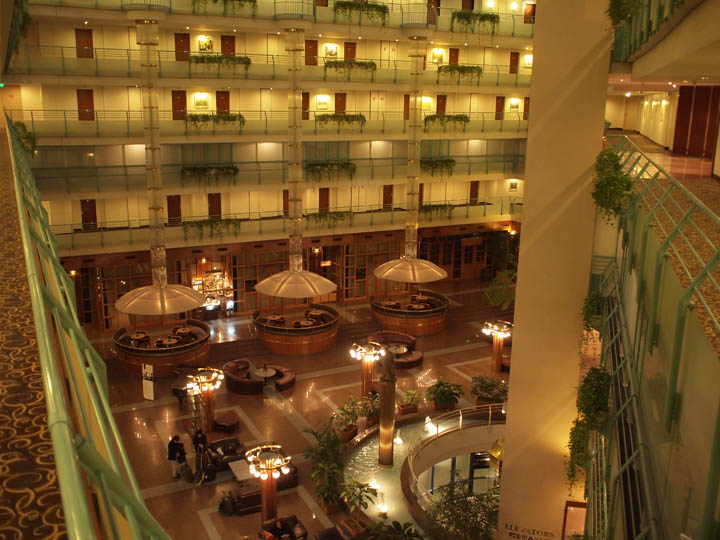 The lobby of the Sheraton Metechi Palace where the adventure started. There was a USAID office there and I asked a friendly yet clueless AID guy about going up to Pankisi and the prospect of getting in: “Oh yeah the refugees are there. I don’t see why you can’t go.” Umm yeah, ok. ©2013 Derek Henry Flood 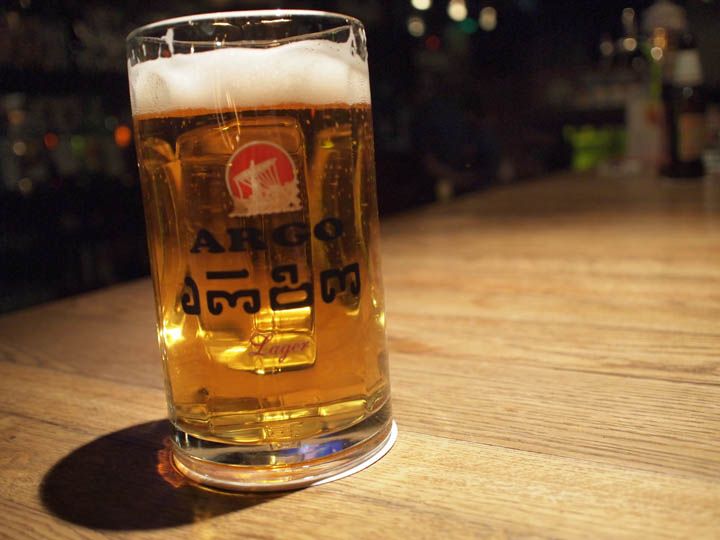 In order to try and blend in with the guests while shooting photos at the Metechi, I ducked in for a beer in order to not seem suspicious. Sometimes snooping around has its perks. And of course there were working class BP guys at the bar talking Baku this, and pipeline that. I’ve been meeting BP guys every time I go out here it seems like. ©2013 Derek Henry Flood

← Thoughts on 9/11 from the Aegean
Election Eve in Georgia, Festering Instabiliy in Kirkuk →