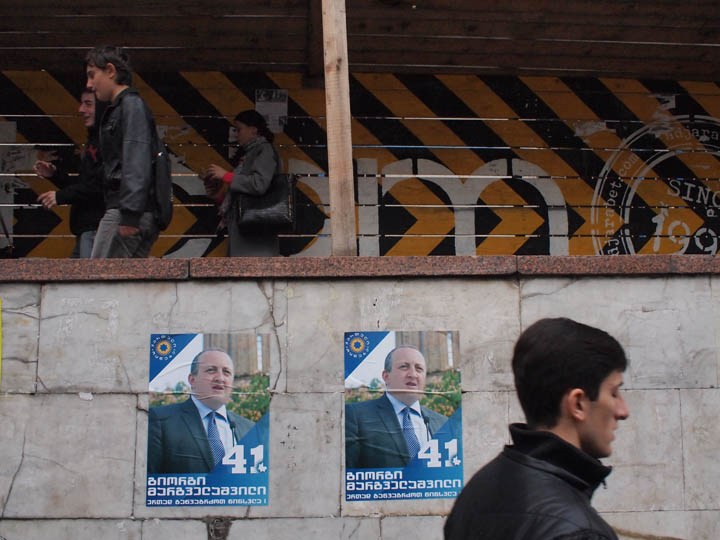 Posters in downtown Tbilisi for Giorgi Margvelashvili running on Prime Minister Bidzina Ivanishvili’s Georgian Dream ticket. Margvelashvili is considered the front runner (or at least he has the most posters up in town) in Sunday’s Georgian presidential election. ©2013 Derek Henry Flood 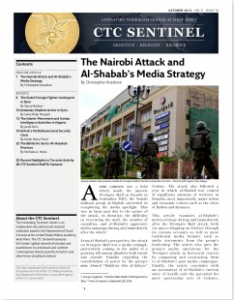 bilisi- The Republic of Georgia is on the cusp of a presidential election that is shaping up to be the country’s first non-ultra dramatic transition of power (think the coup against President Zviad Gamsakhurdia, the Rose Revolution ousting Eduard Shevardnadze). Buzz here around town is that it may well go into a second round. If Margvelashvili does not receive 49.9% of the vote according to Thomas de Waal, the transition of power may be a touch chaotic as the era of the Rose Revolution comes to a close with little fanfare .

Some have said, rather cynically in my view, that the biggest accomplishment of the outgoing president Mikheil Saakashvili will not be the reforms he’s made but stepping down from power in a peaceful and orderly manner.

In the backdrop of the election and the constitutional transformation about to be implemented turning the republic from a presidential to a parliamentary system is the Russian’s beefing up of the Soviet-era border of occupied South Ossetia (from when South Ossetia was an autonomous oblast within the Georgian Soviet Socialist Republic) and whether or not Georgia should formally boycott the upcoming Olympics in Sochi. The fact to a Russian pilot from the 2008 war here called Ivan Nechaev was seen being an Olympic torchbearer has not gone over at all well here.

In other news I have an article out this week in the October issue of the CTC Sentinel based on my fieldwork in Kirkuk in August, communications with my fixer afterward and months of following developments along the Green Line that is the de facto internal border between Iraq Kurdistan and Arab Iraq (for lack of a more precise term). 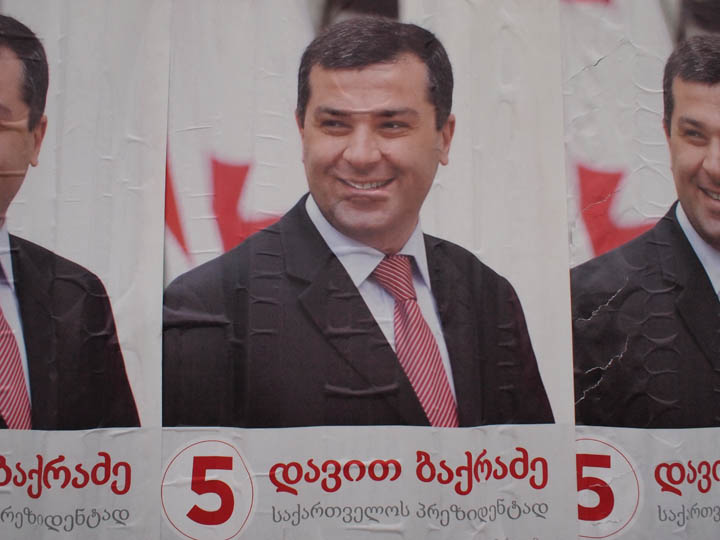 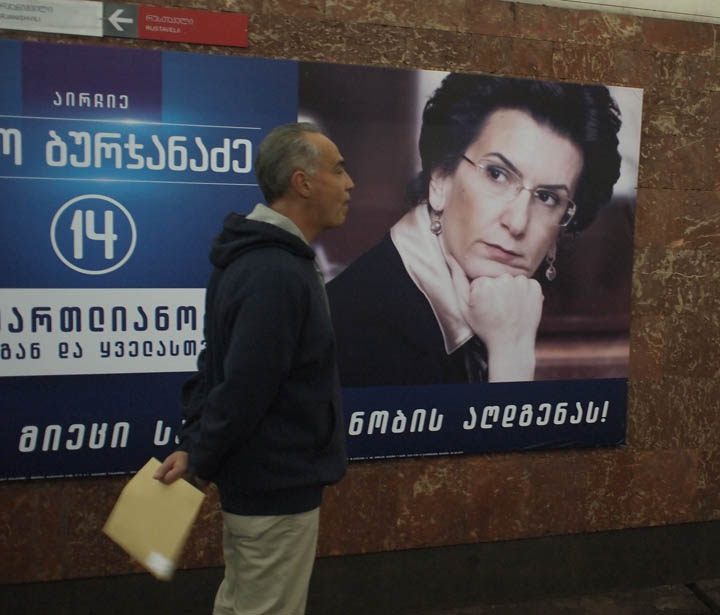 A poster in the Rustaveli metro station for Nino Burjanadze, one-time leader of the Rose Revolution, now out to get Saakashvili and have Georgia’s own “reset” with the Kremlin. ©2013 Derek Henry Flood

← Chasing Old Ghosts in Georgia
The Beauty of a Misunderstood Place →