The magnificent ruins of a cathedral in the ancient Armenian city of Ani. Ani was devastated by an earthquake in 1319 A.D. from which it never recovered. This image is from one of my earliest journeys in the historically contested lands of the east. I had a young Turkish conscript as my official escort through the site along Turkey’s tense border with Armenia. He acted as a minder who told what photos I could and could not take in this sensitive military zone. At the time there was an urban myth bubbling on the Turkish youth hostel circuit about a clueless Japanese tourist being shot from an Armenian guard tower for pointing his camera toward its position. The story may have been bollocks but it did the trick of making me extra cautious where I pointed my lens.  ©1999 Derek Henry Flood

New York- The other day I picked up The History of Armenia by Simon Payaslian somewhat at random off the bookshelf mainly to get some regional context for Georgian history during the Menshevik period and subsequent Bolshevik takeover shortly thereafter. Reading about Transcaucasia as a buffer zone between the Ottoman empire and the Russian imperial empire and the folding in of Western Armenia to the Turks, I recalled my visit to the medieval Armenian ruins of Ani today located in Turkey’s Kars Province abutting the border of the modern Armenian republic along the Akhurian River. I went to Ani and a number of other fascinating ancient sites around eastern Turkey while I killed time waiting for my Iranian visa to be processed back in Ankara.

It was at this time that I conceived the idea of the “Fabled City,” a photography project explore the lesser known interconnectivity of the ancient world in order to promote a healthy form of post-Cold War globalism in the present day. This idea died in an instant as I stood stunned in the ashes of the World Trade Center on September 11, 2001. But I still have many of the images lying around as a kind of pre-9/11 detritus of memory. I thought I’d scan a couple of the prints and share them. 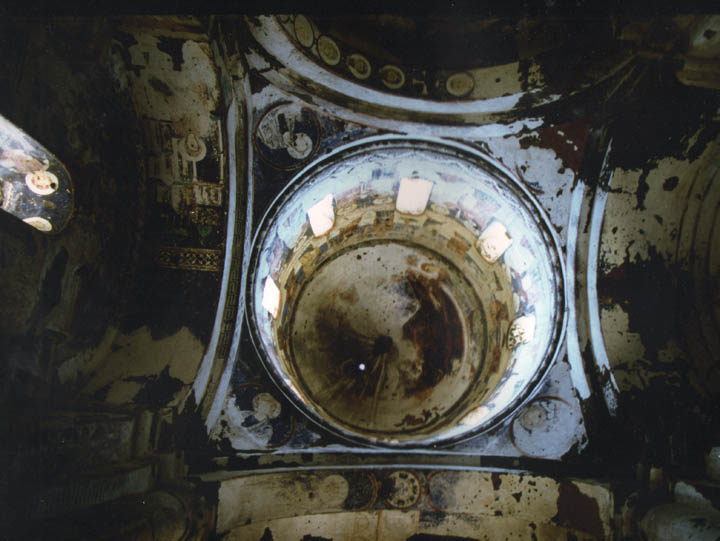 The frescoed dome of the Church of St. Gregory of Tigran Honents at Ani, Turkey. ©1999 Derek Henry Flood 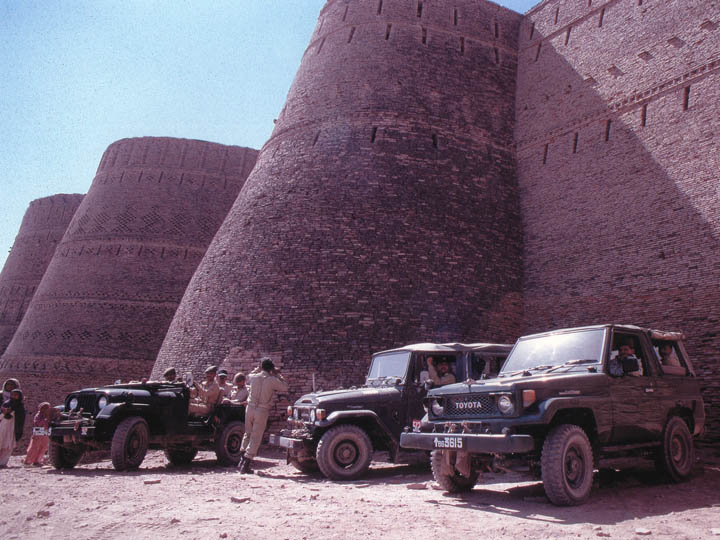 Pakistani army soldiers parked in front of the hulking bastions of the Derawar Fort in the searingly hot Cholistan Desert in Punjab. The fort was built by the nawab of Bahawalpur in the 1700s. In the post-9/11 era, Bahawalpur may have gained notoriety for being the base of the Sunni Deobandi sectarian group Jaish-e-Muhammed but when I visited there I was far more enthralled by the city’s proximity to southern Punjab’s historic sites. How times change perspective. ©2000 Derek Henry Flood 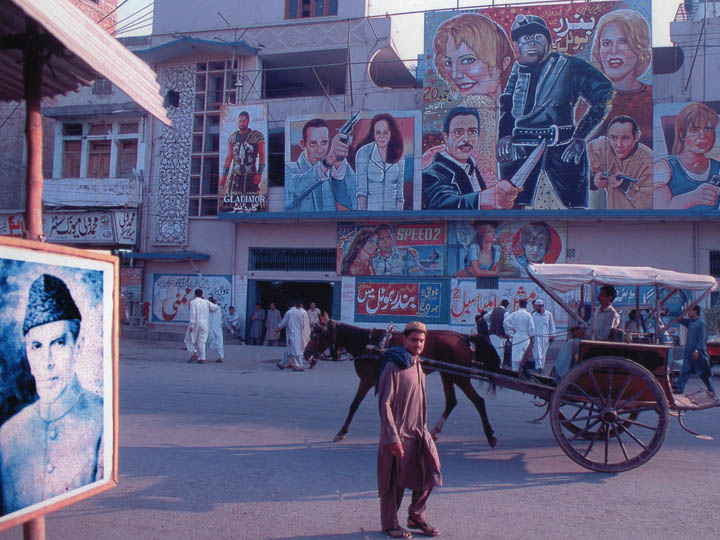 A movie theatre in Peshawar, Pakistan with South Asian-style hand painted film posters. The poster on the far left depicts Russell Crowe in Ridley Scott’s Gladiator which was still a fairly recent release at that time. In the centre appears to be a Planet of the Apes poster. While the 9/11 plot was partially brewing next door in Afghanistan, Peshawar at this time was free of suicide bombs and was well open to the intrepid tourist or wandering student. ©2000 Derek Henry Flood 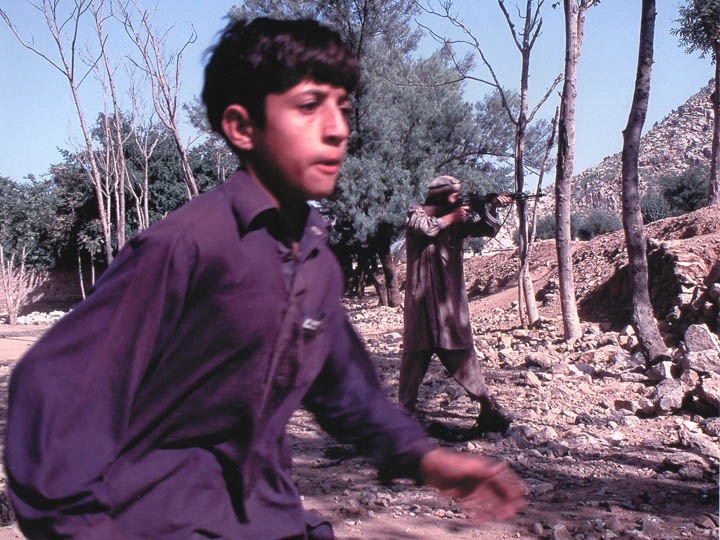 In the town of Darra Adam Khel in what was then known as the Northwest Frontier Province, Craig “Bones” Martin, an hilarious Australian adventurer fires off a Kalashnikov into a nearby hillside in what was a kind of bizarre tourist attraction. Darra is famous for its indigenous smalls arms manufacturing but when foreigners show up, the local men of the Adam Khel clan of the Afridi tribe of Pashtuns insisted on us firing a time tested authentic Soviet model. The boy in the foreground was running to scoop up the empty bullet casings  the sell them back to the gun shops to be refashioned. ©2000 Derek Henry Flood

← On Perspective
The Levant in Flames →