New York- The Pulitzers were announced yesterday, catching me off guard as usual. I don’t follow the journalistic contest circuit as I once sort of did much earlier in my career. I read through the winners and finalists realizing I was a degree of separation or two from a couple of them. In the social media era, it is of course possible to be connected to greatness without actually being within reach of it. Part of the drawback in working behind tall paywalls or doing work for non-Anglophone outlets is that you might as well be hiding under a rock in terms of the possibilities of fame and collegial recognition.

I began my interest in photography  not with war and pestilence but with quiet landscapes. Otherwise I would have been in Kosovo when these images were taken rather than driving around the Southwest scouting once obscure locales. My goal was to be an independent explorer rather than a prize-winning journo undergirded by insider media gatekeepers operating under an opaque hiring code.

These are some transparencies from that pre-9/11 era. 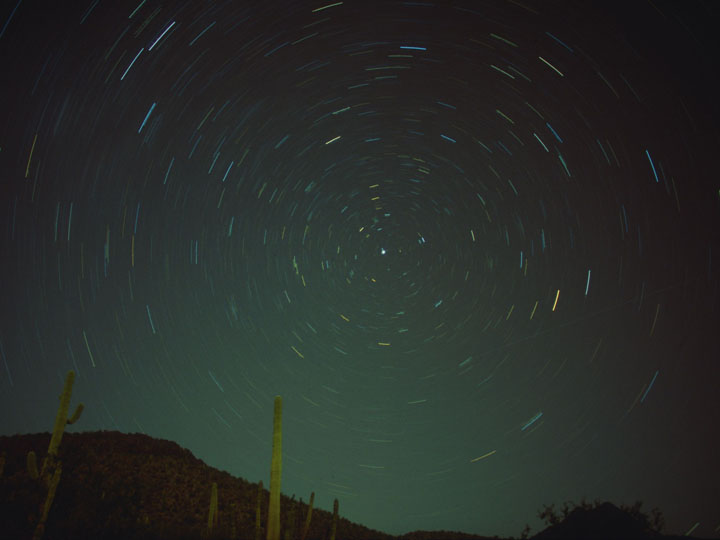 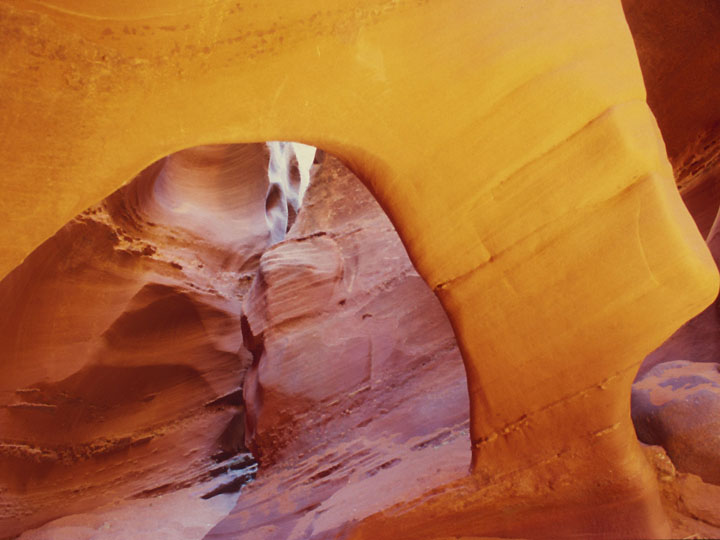 An arch inside Spooky Gulch being light up by reflected sunlight beaming down from the crevice above. ©1999 Derek Henry Flood 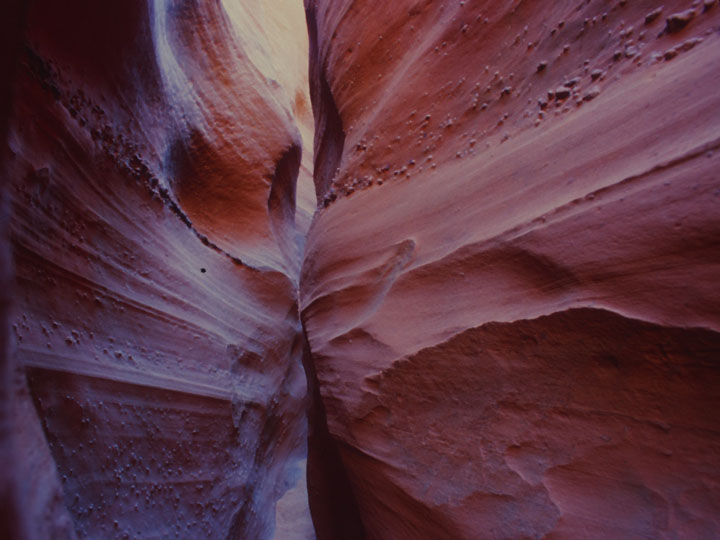 The sinews of Spooky Gulch with high contrast of light and dark. ©1999 Derek Henry Flood